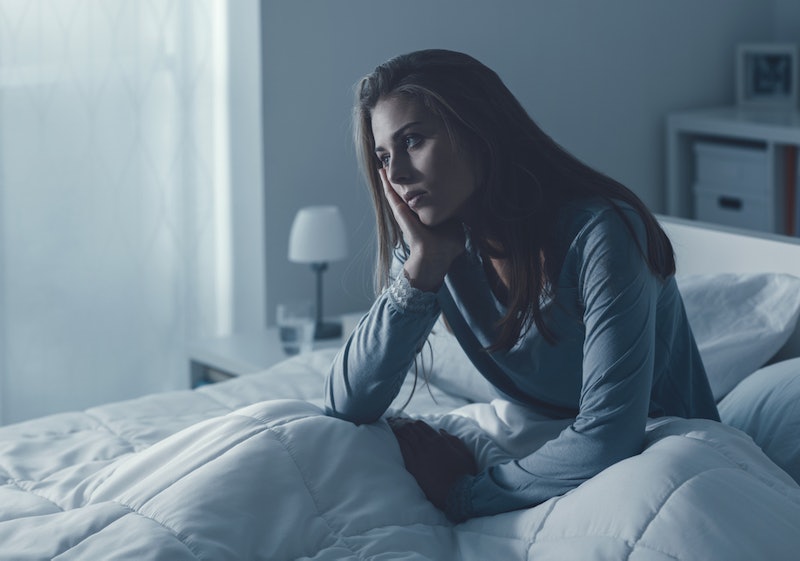 Chronic insomnia is a condition where individuals find it challenging to get to sleep or stay asleep “for long enough to feel refreshed the next morning,” according to NHS Inform. This condition is treatable and can be combated in a variety of ways, including changing your sleep habits, diagnosing underlying issues such as mental or physical health conditions, or using over-the-counter sleeping medication. But can therapy help with insomnia, and is there any research supporting this?

Well, as a recent study published in the British Journal of General Practice has found, therapy might just be the best course of action to take. Conducted at Queen’s University in Ontario, Canada, researchers found that a form of treatment known as cognitive behavioural therapy (CBT) can help combat chronic insomnia. While CBT is most often used to combat mental health issues such as anxiety and depression, it can also be utilised in changing the way your mind thinks about sleep.

As the British Association for Behavioural & Cognitive Psychotherapies writes, CBT is “based on the theory that thoughts, feelings, and what we do and how are body feels are all connected.” CBT is usually offered through a therapist, with “[t]he number of sessions you need depend[ing] on the difficulty you need help with.”

As The Guardian details, the study was conducted through “four randomised control trials, with between 66 and 201 participants of mixed ages.” In these trials, researchers found “that participants fell asleep on average nine to 30 minutes sooner after completing a course of CBT for insomnia and experienced a reduction of between 22 and 36 minutes in the amount of time spent awake after going to sleep.”

In the study, researchers found that those who received CBT treatment for between four to six sessions found improvement with their insomnia and that these improvements “were generally well maintained for 3-12 months post-treatment.” This was compared to the results of those who received treatment “in which the format or content veered substantially from conventional CBT [which] were less conclusive.”

The researchers also reviewed articles that ranged from the late ‘80s to 2018 “that reported sleep results and on the use of CBT in general primary care settings,” which helped the team formulate how this form of therapy can be used to treat insomnia with or without additional medication effectively.

“CBT tailored to insomnia has been a first-line treatment option for some time, and we know many patients have found it beneficial, so it is really positive that its effectiveness has been shown by this research,” Professor Helen Stokes-Lampard, who is also the chair of the Royal College of GPs, told The Guardian. CBT is available on the NHS, although according to Stokes-Lampard, CBT can be difficult to receive in some parts of the country. She added:

“This needs to be addressed, firstly by realising the pledge made in NHS England’s GP Forward View — for every GP practice in the country to have access to one of 3,000 new mental health therapists by 2020-21 and by the provision of many additional psychologists trained to deliver formal CBT.”