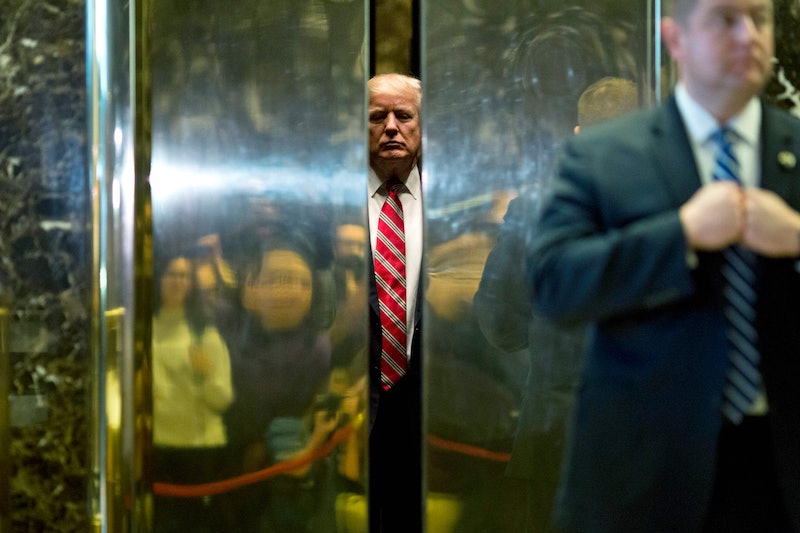 On Tuesday, in a stunning 180 in the days before Donald Trump's inauguration, President Obama commuted Chelsea Manning's prison sentence. There's one question on everybody's mind: Can Trump reverse Obama's decision to commute Manning? The president-elect will have to decide whether to fight the commutation or allow Manning to walk free in May. Manning had been sentenced to prison until 2045, and is now set to be released in May of this year.

Trump mocked this policy in October, saying at a veterans' event campaign stop:

Meanwhile, Donald Trump's nominee for deputy security advisor has spoken out against Manning personally in the past. In 2010, KT McFarland wrote in a Fox News commentary piece:

We've had accused WikiLeaks leaker Army Specialist Pvt. Bradley Manning in custody since July. He's been charged with transferring classified data and "delivering national defense information to an unauthorized source." It's time to up the charges. Let's charge him and try him for treason. If he's found guilty, he should be executed.

At the time, Manning had not come out as transgender, and had not requested to be referred to using feminine pronouns; she did this in 2013.

It's unclear whether Trump will choose to fight Manning's commutation. What is clear is that Manning and her supporters feared that, without a commutation from Obama personally, Manning's chances of a commutation prior to 2045 were slim. Manning had tried to commit suicide twice behind bars, both occasions within the last year.

The Constitution grants Obama the right to make such a decision. The Constitution provides that the president "shall have power to grant reprieves and pardons for offenses against the United States, except in cases of impeachment." However, a pardon can be reversed — in 2008, George W. Bush rescinded a pardon for real estate developer Isaac Robert Toussie, one day after the pardon was given.

According to The Marshall Project, a nonprofit that works on issues relating to America's justice system, it would be difficult for Trump to reverse commutations made by Obama as president. However, executive orders are a different matter: Trump has pledged to reverse Obama's 200-plus executive orders once president.