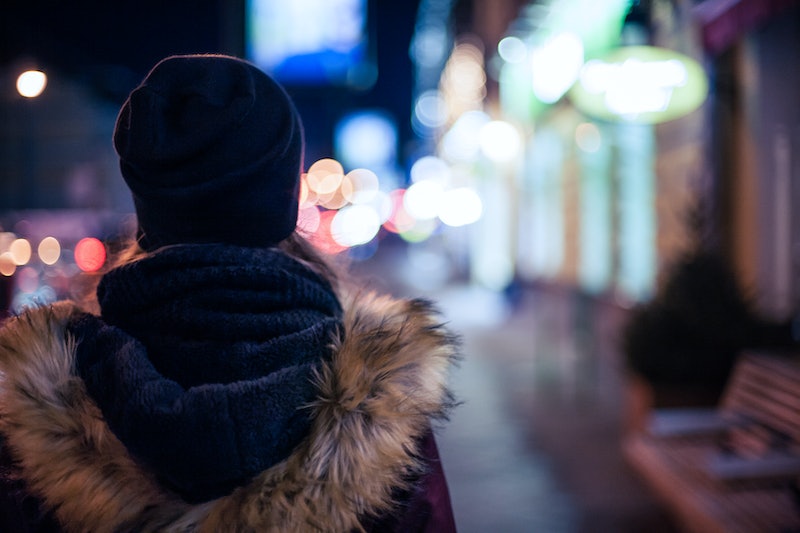 "Most cases of breast cancer are not caused by inherited genetic factors," the U.S. National Library of Medicine says. "These cancers are associated with somatic mutations in breast cells that are acquired during a person's lifetime, and they do not cluster in families." If you've never had breast cancer in your family, that doesn't mean you should neglect your breast exams or mammograms.

Genetics can prove to be very important for the development of breast cancer in some women. Beyond BRCA1 and BRCA2 gene mutations, which are mutations of a gene that suppresses tumors in women, Cancer Research UK explains that there are rarer mutations in genes known as TP53, PTEN, PALB2 and a range of genes called SNPs, all of which are linked to higher rates of breast cancer. However, genes aren't actually the thread that links all breast cancers together.

If you've never had a family member with breast cancer, you're not immune to the disease. The American Cancer Society estimates that only five to 10 percent of all breast cancers are inherited or caused by genetics. Of those, the BRCA1 and BRCA2 mutations are the most common. The Center for Disease Control estimates that around 3 percent of all breast cancers diagnosed in the United States per year — approximately 7,300 women — are a direct result of mutations in those genes. Considering that, according to the American Cancer Society's statistics, 252,710 women in the United States were diagnosed with breast cancer in 2017, those 7,300 women are a very small minority.

Non-hereditary breast cancers make up the majority of breast cancer diagnoses, but even if you do have a genetic predisposition for the condition, you're not guaranteed to get cancer. "Just because one of your relatives had breast cancer does not mean you are absolutely fated to develop it," says the Johns Hopkins Medicine Breast Center.

But the risk is significantly higher than for the rest of the population, which is likely why hereditary breast cancer gets so much attention. The National Cancer Institute explains that, while 12 percent of all women will get breast cancer in their lifetime, studies indicate that women carrying BRCA gene mutations in particular are more at risk; between 69 and 72 percent of them will develop it before the age of 80.

If you've had a genetic test and found that you don't have a predisposition to breast cancer, don't stop being vigilant. As many as 90 percent of breast cancer cases don't have any genetic basis, and are related to other factors; Cancer Research UK lists smoking, exposure to radiation, oral contraceptive use, and alcohol as potential risk factors for breast cancer. Breast cancer, unfortunately, isn't a simple illness, and we all need to be aware to catch the signs of it as soon as possible.