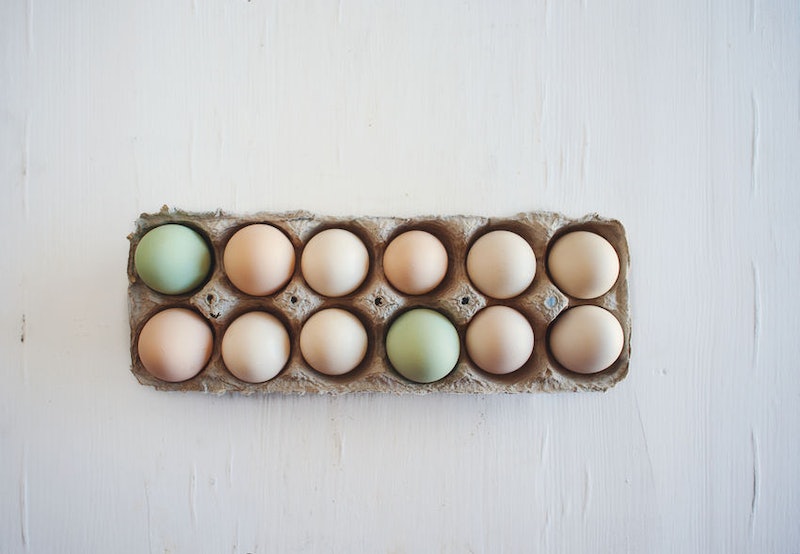 When you head down to Tescos on a Sunday morning for your breakfast supplies, I doubt the idea of incubating and seeing whether you can hatch a supermarket egg ever crosses your mind. Well, it probably will now after reading that sentence. And, if not, how about after I tellyou that a teen from the West Midlands managed to hatch a duckling from a £2.50 carton that he bought from Waitrose? Yep. I thought so.

As unbelievable as it sounds, it is possible under the right circumstances to hatch a supermarket egg. And 14-year-old William Atkins has proved it, according to the Daily Mail. After a family discussion and a lot of research, the teen decided to put this theory (which he came up with after reading that someone had managed to hatch a quails egg) to the test.

"Despite buying supermarket quail eggs nothing happened," Atkins told the Daily Mail. "So I thought I would try hens' eggs and ducks' eggs, buying half a dozen each."

Hatching a fertilised egg is actually quite simple. That is, if you've got an incubator and a lot of patience. For Atkins, that patience absolutely paid off. After "candling" the eggs ( shining a torch on the egg in a dark room to see what's going on inside), the teen was delighted to find that one of the eggs had an embryo forming inside it. "Watching it develop over the next three weeks was fascinating," he said. "I was over the moon when it finally pecked its way out."

Even though it's pretty rare for a fertilised egg to find its way into a carton that will be sold in a supermarket, it's not impossible. A spokesperson for Clarence Court, the company who produces the eggs that Atkins bought, told the Daily Mail that finding a fertilised egg is down the fact that their free-range ducks may occasionally attract the attention of wild drakes.

"The separation of males and females relies wholly upon the skill of very few qualified people," a spokesperson for Clarence Court told the publication. "Inevitably, the odd sexing error is made."

"Our ducks are kept in small flocks with access to the outdoors. In this open-air environment, while it is infrequent, our ducks may attract the attention of wild drakes. So, while it is very unusual for males and females to come into contact with one another, it is not impossible."

It's also worth noting that there's no need to check if there's a fertilised egg in a carton you've bought, as "[f]ertilised eggs are harmless to eat, and without incubation would be totally indistinguishable from unfertilised eggs," the spokesperson added.

And if you're wondering about the fate of Atkins' duckling (who will be named Jeremy or Jemima once the sex has been discovered), it'll be making its way to a nearby farm to live with some rescue ducks. "It will live the happiest life there and I will be able to visit," Atkins said.

I love a happy ending.