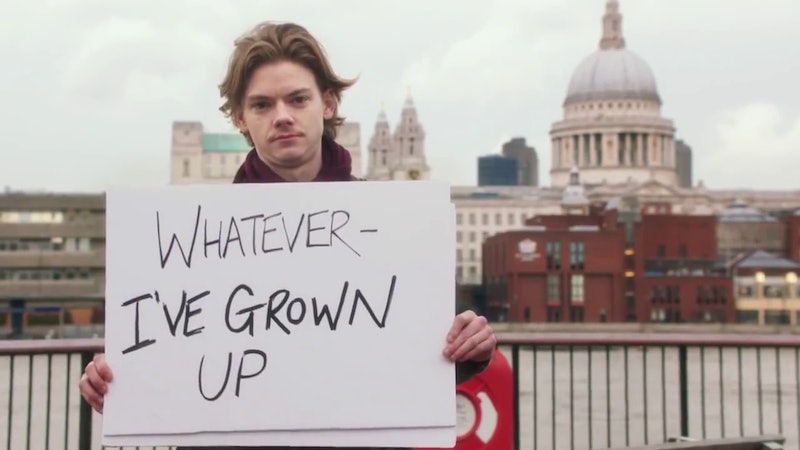 Richard Curtis has gifted this country with some of its best, most wholesome, and most evergreen movies, which is why there hasn't been any complaints when Red Nose Day took it upon itself to use the occassion to reunite some of Curtis' most beloved casts. Red Nose 2019 will see the revival of his debut film Four Weddings and a Funeral, but a couple years ago, Red Nose Day birthed a spin-off of one of Curtis' most iconic films Love Actually. If you missed it, here's how to watch Red Nose Day Actually in the UK, ahead of the next Curtis spin-off.

Originally broadcast on BBC1 as part of Red Nose Day on March 24, 2017, Red Nose Day Actually saw the return of Hugh Grant, Liam Neeson, Colin Firth, Keira Knightley, and basically all your faves, with Curtis back as writer. The spin-off took place 13 years after the events of the original film.

Curtis actually cofounded Comic Relief back in 1980 alongside comedian Lenny Henry, according to the official Comic Relief site. Luckily, Red Nose Day Actually is pretty easy to get your streaming hands on, so you can watch or rewatch it ahead of the Four Weddings and a Funeral reunion, which is set to air on Friday, March 15 on BBC1.

You can watch the trailer for Red Nose Day Actually here, which asks the question "Where are they now?" before depicting some pretty grown up looking characters 13 years on.

Unfortunately the entire Red Nose Day Actually film isn't currently available to watch on any streaming platforms. Nope, not even BBC iPlayer. So you'll just have to content yourself with watching the trailer and counting down the minutes till you can catch the Comic Relief Four Weddings remake. Or if that's just not enough Richard Curtis rom-com action, the OG Love Actually is available to stream on Netflix, so you could always tune into that as well.

The most noticeable transformation in the sequel is surely Sam's, who you last saw in Love Actually running to the airport to chase after his crush Joanna. But it wouldn't be Comic Relief without a happy ending. Now 26 and living in New York, Sam, who's played by Thomas Brodie-Sangster (who you might've also seen in Maze Runner and Wolf Hall) is still — spoiler alert — fully in love with his childhood crush. It's way too cute.

The revival's shaded with a little bit of sadness because of the legendary Alan Rickman's absence. The man who played Emma Thompson's husband in the original film sadly passed away shortly before filming, but there's still a lot of love to help trump the grief.

That's really all you can ask of a Comic Relief special, and I can't wait to feel the love all over again, when Hugh Grant reunites with Andie MacDowell in the one-off revival of Four Weddings and a Funeral. Make sure not to miss this one, and tune into BBC1 on Friday, March 19 to see where all the characters are 25 years later.