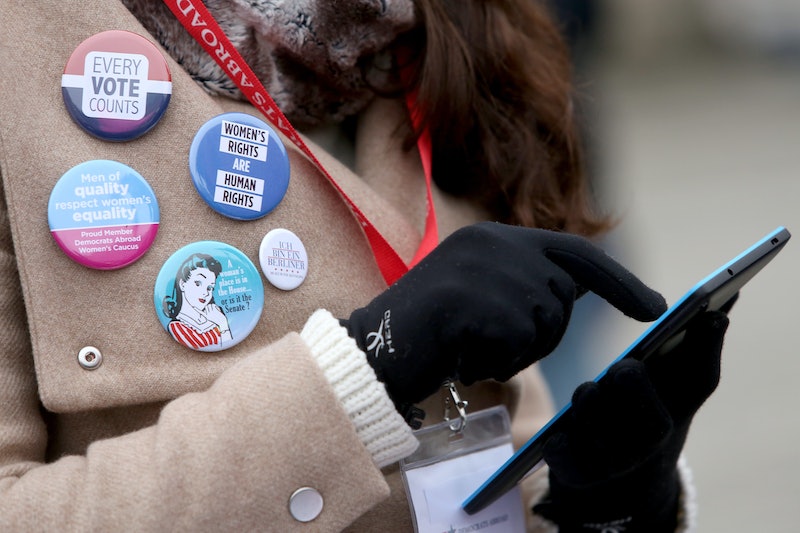 On Wednesday, the Federal Communications Commission announced that phone companies will now have a new tool to combat "spam" text messages. Specifically, phone companies gained the authority to intercept mass text messages based upon a designation system that will determine what is and is not a legitimate message. So if you're wondering whether your phone company can block your text messages now, the answer is technically yes — and some politicians are up in arms over it.

According to NBC, the FCC said that this decision will affect "bulk messaging," aka messaging sent by organizations and companies to mass amounts of phone numbers, and won't affect individual messages. On Wednesday, FCC Chairman Ajit Pai said at the meeting,

The FCC shouldn't make it easier for spammers and scammers to bombard consumers with unwanted texts. And we shouldn't allow unwanted messages to plague wireless messaging services in the same way that unwanted robocalls flood voice services.

But Jessica Rosenworcel, the only Democrat on the FCC, totally disagreed with Pai's assessment. At the meeting, she contested,

Today's decision offers consumers no new ability to prevent robotexts. It simply provides that carriers can block our text messages and censor the very content of those messages themselves.

And she's not alone. In a Dec. 7 letter, nine Democratic senators as well as Independent Sen. Bernie Sanders asked the FCC not to authorize companies to block messages, according to The Chicago Tribune.

That letter claimed that this step by the FCC could lead to phone companies blocking "any text message they wish," and that some companies could potentially start charging businesses to reach consumers.

Scott Bergmann, a senior vice president with the CTIA trade group that represents AT&T and Verizon Communications, defended the decision by the FCC, saying via The Chicago Tribune, "Today, more than 50 percent of emails are spam, and no one wants their texts to look like their email inbox."

However, The Chicago Tribune noted a CTIA statistic that estimated that only 2.8 percent of text messages are spam.

For those who aren't quite sure what this new rule will mean in practice, there's a concrete example of how this conflict has played out with companies in the past: In 2007, Verizon blocked a request by NARAL Pro-Choice America to make the Verizon network available for a text-message program that offered a sign-up option for consumers to receive future messaging.

Verizon argued that it had the right to block "controversial or unsavory" text messages, according to The New York Times. In response, Nancy Keenan, NARAL's president, said to the newspaper, “Regardless of people’s political views, Verizon customers should decide what action to take on their phones. Why does Verizon get to make that choice for them?”

NARAL further provided The New York Times with a sample text message that it has sent to phone numbers in the past: "End Bush’s global gag rule against birth control for world’s poorest women! Call Congress. (202) 224-3121. Thnx! Naral Text4Choice.”

The Chicago Tribune reports that Verizon has since reversed its decision. But now that companies have been given approval to designate certain bulk messages as "spam," the question of what constitutes discrimination will become increasingly important.