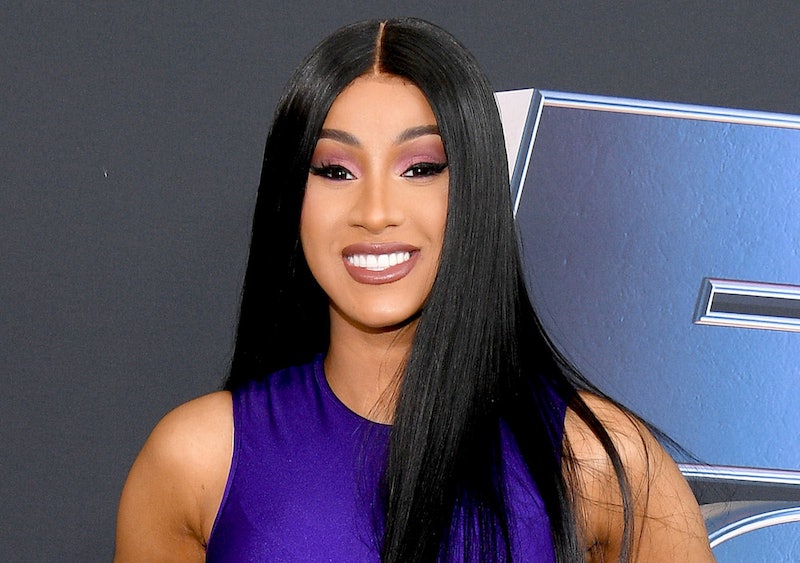 Following the nationwide protests over the death of George Floyd, the Minneapolis man who died after being pinned under a white police officer, Cardi B defended the protests and instances of looting on social media. In a video message shared on both her Twitter and Instagram on May 29, the “Bodak Yellow” rapper said that while the riots do “scare” her, and she doesn’t want anybody to get hurt, “At this point, I feel like I’m not against it.” Citing the long history of police brutality in this country and the recent ineffectiveness of peaceful protests to enact systemic changes, Cardi explained she felt like the riots are simply what protestors have had to resort to.

“People are tired,” Cardi said of protesting peacefully, the “grown and adult” way. “People are tired of that, so this is what people have to resort to.” She then emboldened Americans to take political action. “I also wanna say this: another way for people to take power — I don’t wanna make everything political, but it is what it is — it’s by voting," she said, adding that she wants to make sure her fans aren't just paying attention to the top of the ticket. "And when I say voting, I’m not just talking about the president,” Cardi continued. “We could vote for mayors, we could vote for judges, and we could also vote for district attorneys. We could vote for these people for our counties.”

The rapper continued, “The people that are voting for these people are most likely cops, most likely rednecks. That’s why every single time that some f*ck shit like this happens, it goes to their favor… because these people have the power to prosecute these cops.”

Floyd’s death on May 25 by Minneapolis police has since sparked protests across Los Angeles, Ohio, Arizona, and Colorado. While the four police officers involved have since been fired, Floyd's family and protesters have been calling for them to be charged with murder. In a joint statement on May 28, the U.S. Attorney's Office District of Minnesota, FBI's Minneapolis Field Office, and Department of Justice said they have “made the investigation a top priority.”

Before sharing her video, the Hustlers actor was also vocal about the matter on Twitter. Cardi shut down a tweet from conservative commentator Tomi Lahren criticizing the looting on May 28 that read, “How does looting, rioting and destroying your OWN community bring justice for anyone?” Cardi then replied, “How does targeting, profilin, beating and murdering black men with no consequence equal serving and protecting? Who’s giving them justice and trust on cops?” She concluded, “Mind your business and eat your salad!”

More like this
Man Meets Politics: ‘Boy Meets World’ Star Ben Savage Is Running For Congress
By Jake Viswanath
Twitter Is Identifying With Sally Field & Jane Fonda’s Friendship In New Viral Video
By Jake Viswanath
Eurovision Has Been Given A Whole New Look Ahead Of Its Liverpool Debut
By Bustle UK
24 History-Making Black Women You Probably Didn't Learn About In School
By Ayana Lage and JR Thorpe
Get Even More From Bustle — Sign Up For The Newsletter
From hair trends to relationship advice, our daily newsletter has everything you need to sound like a person who’s on TikTok, even if you aren’t.