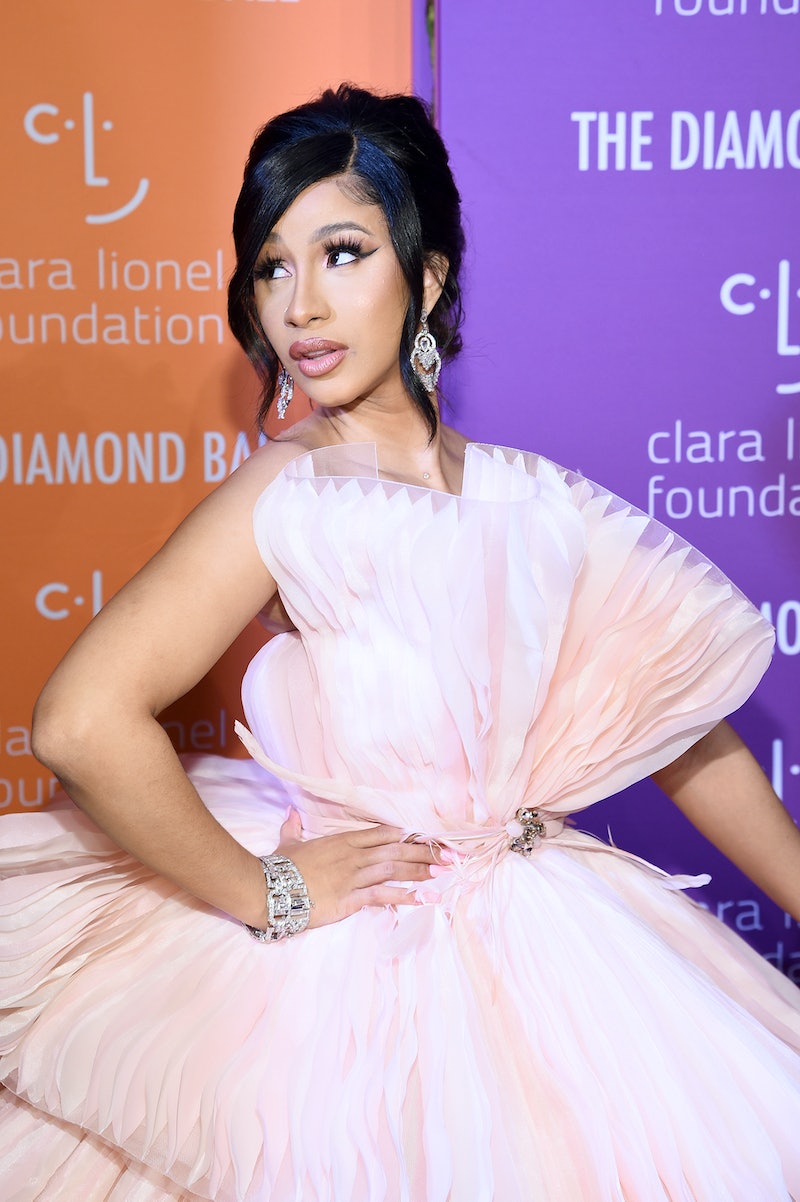 The #MeToo movement may have gone mainstream in 2017, but women are still sharing their harrowing stories of abuse years later. Cardi B said she was sexual assaulted during a magazine shoot, and is sharing her story in an upcoming episode of WE TV’s Untold Stories of Hip Hop. The episode is set to air on Sept. 26.

In a clip exclusively shared with People, Cardi tells host Angie Martinez how a photographer exposed himself to her during a photoshoot, causing the rapper to leave the set.

“I will never forget how I went to shoot for this magazine and the photographer, he was trying to get close to me like, ‘Yeah, you want to get in this magazine?’ Then he pulled his d*ck out," Cardi said. "I was like, ‘[You’re] f*cking bugging. You know what? I’m out'.”

Afterwards the rapper was shocked to learn there would be no repercussions for the photographer over his behavior.

“You know what’s so crazy?" Cardi asked Martinez. "I told the magazine owner and he just looked at me like, ‘So? And?’ When I see the #MeToo movement — there’s girls from the hood I know that went through the same type of treatment, like they make you feel like you got to do a certain type of thing for the most bullsh*t sh*t. It happens, really, every day.”

Cardi did not name the photographer or magazine, or when the assault allegedly happened. But in 2018, when Cardi was on the cover of Cosmopolitan, she told the publication how the #MeToo movement was ignoring the hip-hop industry. She said video vixens in particular were left behind by the movement, and were silenced when they spoke out about abuse because of the provocative nature of their occupation.

“A lot of video vixens have spoke about this and nobody gives a f*ck,” Cardi said. “When I was trying to be a vixen, people were like, ‘You want to be on the cover of this magazine?’ Then they pull their d*cks out. I bet if one of these women stands up and talks about it, people are going to say, ‘So what? You’re a ho. It don’t matter.’”

Cardi also told the magazine that she didn't trust the men in power who were publicly embracing #MeToo and calling themselves allies. "These producers and directors. They’re not woke, they’re scared," the rapper added.

But Cardi says she no longer experiences this level of harassment due to her fame. When Matrinez asked Cardi if she still is subjected to that kind of abuse, the rapper responded, “Oh hell no. I’ll put you on blast on my Instagram...I'll f*cking violate."

The #MeToo movement gained traction in Oct. 2017, when The New York Times published a report on Harvey Weinstein's alleged sexual abuse history that spanned decades. Soon after the article's publication, legions of women shared their own Weinstein stories, from Lupita Nyong'o to Salma Hayek to Angelina Jolie. Weinstein denied the allegations, but was ousted from his company. He has pleaded not guilty to all accusations, and is now awaiting trial.

Since #MeToo began, multiple photographers have been accused of abusing their power. In 2017, allegations against photographer Terry Richardson that spanned decades and went widely reported for years without repercussion resurfaced. Richardson was released from contracts with Vogue, Vanity Fair, and others as a result. In 2019, photographer Marcus Hyde, who previously worked with Ariana Grande and Kim Kardashian, was accused of sexually assaulting models during shoots. Following that accusation, photographer Timur Emek, who has had featured work in Vogue and Harper’s Bazaar, was also called out for allegedly demanding sex for photo shoots.

So far, no photographer or magazine has responded to Cardi B's accusations.