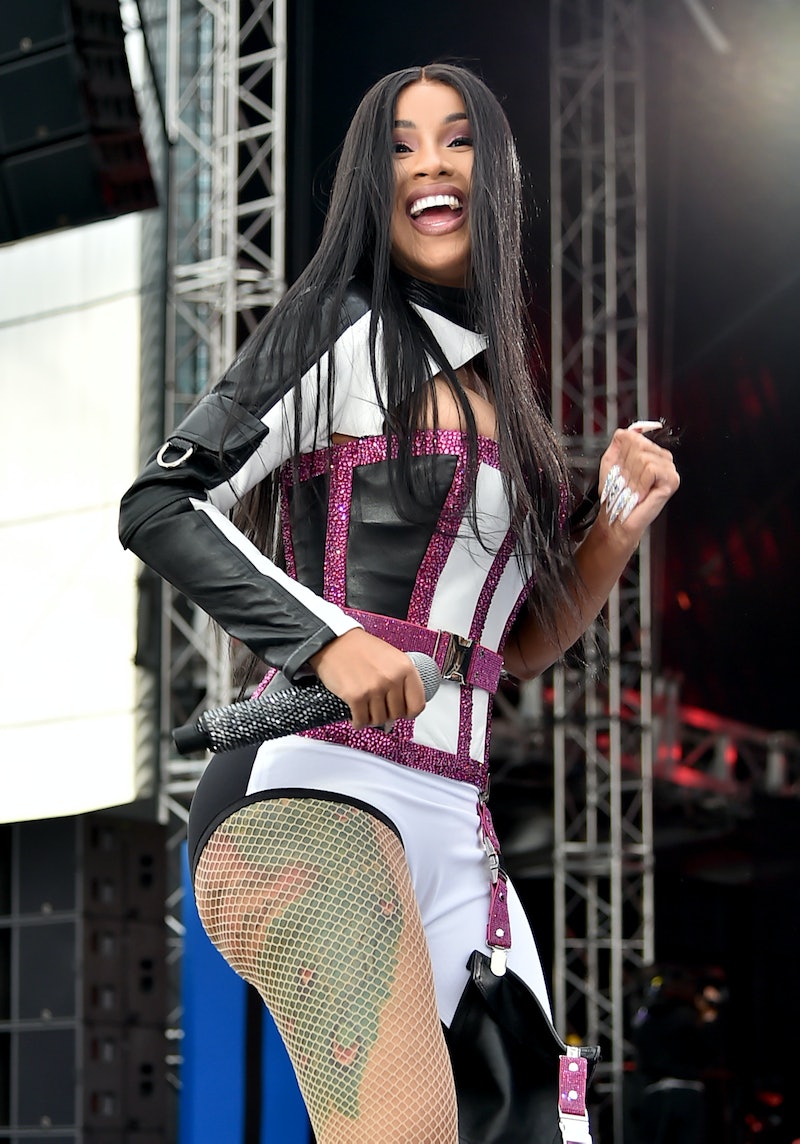 Shakira and Jennifer Lopez brought down the house during their Super Bowl LIV Pepsi Halftime Show, showcasing a vast compilation of their various hit singles throughout the years. However, it wasn't just their songs that they were singing. Shakira also performed Cardi B's "I Like It" throughout the mashup, and the 27-year-old rapper instantly took to social media to express her appreciation over her track being included in the show-stopping number.

First, the singer took some time to praise Shakira for the powerful impact she's made on the world right from the very start. "There was a point where Shakira was so popular," Cardi B explained in a series of Instagram Stories on Sunday. "Like, she was just putting out music, music, music, music out... She was like a punk rocker. She was kinda like a punk rock-ish, pop, Spanish artist."

Cardi B went on to state that Shakira's music was so powerful that it made all little girls want to be like her. "She came with the belly dancing era and everybody, like, in Washington Heights, in the Bronx, they wanted to be, like, belly dancers and everything," she continued. "Even girls that don't speak Spanish, or they don't really know Spanish, they were just, like, belly dancing. It was just, like, a crazy era."

As for how her 2018 hit song came to be a part of the 2020 Super Bowl Halftime Show, Cardi B revealed that she was well aware it would be happening and was grateful to have such an iconic musician sing her lyrics. "I already knew that Shakira was going to perform 'I Like It.' For me to even know that she was going to perform 'I Like It,' I just be like, 'Yo, that sh*t is crazy,'" she said. "I really grew up listening to these people and just seeing them in person, performing. That sh*t is beyond, like, a blessing."

Along with "I Like It," Shakira also performed classic hits including "Whenever, Wherever," "Hips Don't Lie," and "Empire." She also took part in a duet rendition of "Let's Get Loud" and "Waka Waka" with Lopez to wrap up the show. And if you thought it looked like those two were having a ton of fun on stage together, you aren't wrong. In fact, Shakira took to Twitter after the show was over to celebrate and express how much the moment meant to her, calling it "the best birthday gift." She continued, "We Latinos climbed Kilimanjaro and made history tonight and we couldn’t have done it without all of you!"