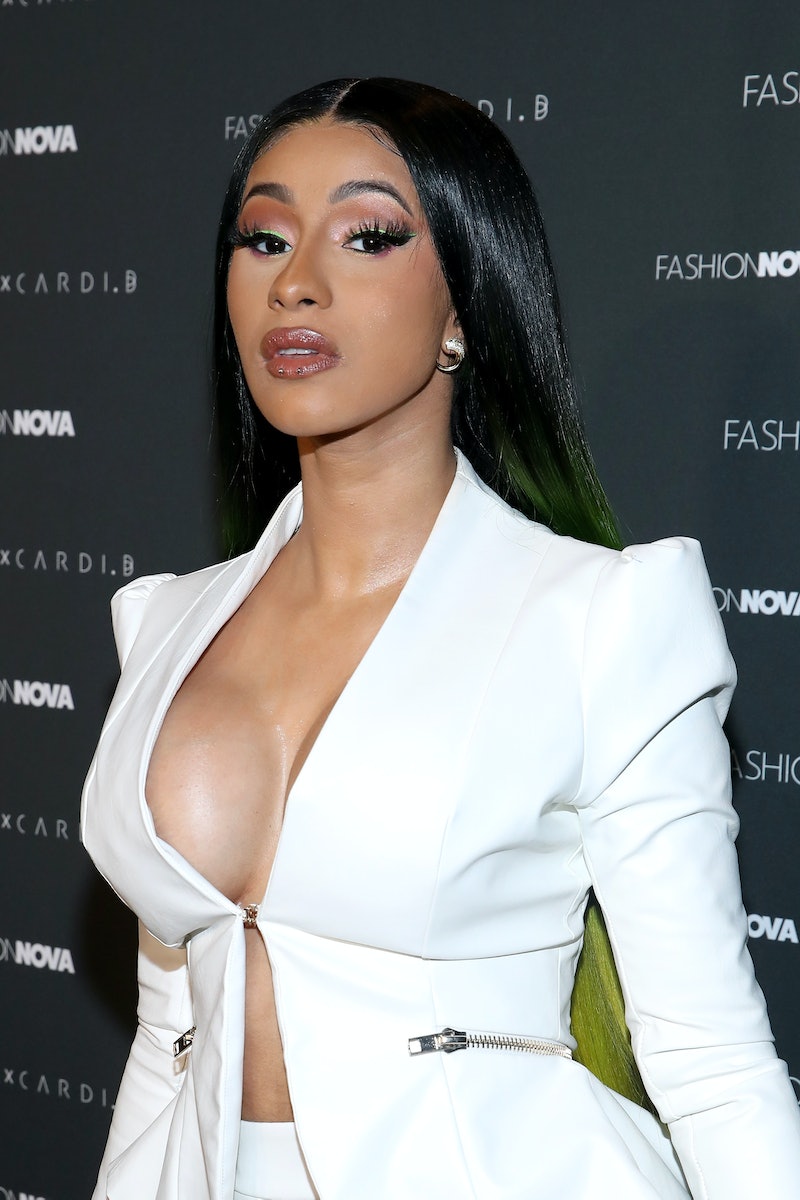 After recent liposuction and breast augmentation procedures thwarted her touring schedule, Cardi B decided that, from now on, she'd plan to work out rather than undergo plastic surgery. In doing so, she discovered another health benefit: Exercise helped alleviate Cardi B's migraine headaches. "I been working out for the past 2 weeks cause ... I ain’t getting surgery again😂😂😂," the Grammy winner tweeted on June 12, adding, "but let me tell you I haven’t got a headache ever since."

An April 2018 GQ profile described the rapper as having "begun suffering newly intense migraines," and, in a March 2019 Instagram Story (captured by The Jasmine Brand), Cardi B said she was hospitalized because her migraines were so bad, she "couldn't take it."

Her pain is common among those who suffer from migraines, which per the Cleveland Clinic, affects nearly 40 million people in the United States. According to the medical organization, migraine pain is described as a pounding or throbbing and typically lasts about 4 hours, although "severe ones can last much longer and even become daily."

With an obvious disruption of daily activities, those afflicted with the condition — which the Mayo Clinic says can often be accompanied by nausea, vomiting, and extreme sensitivity to light and sound — understandably seek various forms of treatment to find respite. While doctors will often prescribe medications to both prevent the migraines and alleviate pain, medical professionals at the Mayo Clinic describe several self-help and lifestyle changes to help patients as well.

Among those, as Cardi B recently discovered, is, of course, exercise. Per the Mayo Clinic: "Regular aerobic exercise reduces tension and can help prevent a migraine. If your doctor agrees, choose aerobic activity you enjoy, such as walking, swimming and cycling."

And added benefit, they claim, is that these workouts can also help you "lose weight or maintain a healthy body weight, and obesity is thought to be a factor in migraines."

One thing to take note of, however, is that migraine sufferers should warm up slowly when they work out because, as the Mayo Clinic warns, sudden, intense exercise can actually cause headaches.

Brown University professor Lucy Rathier, Ph.D agrees with this assessment, and also cautions those whose doctors encourage a fitness routine to combat symptoms. She wrote in an article for the American Migraine Foundation that exercise's causation of headaches is due, in part, to the physical reaction to exercise is an elevation of blood pressure. Even so, Rathier stresses that this is no reason to avoid physical activity, but, one must simply take precautions such as the aforementioned gradual warm-ups.

Rathier has also described the science behind the effects of workouts on migraine symptoms. "When one exercises, the body releases endorphins, which are the body’s natural painkillers," she wrote in 2015. "Exercise reduces stress and helps individuals to sleep at night. Stress and inadequate sleep are two migraine triggers."

Of course, one should always consult his or her doctor when approaching a remedy to any medical ailment or beginning a new fitness routine. If Cardi B's experience is any indication, however, if approached correctly, exercise could lead to much fewer migraine symptoms on the whole.