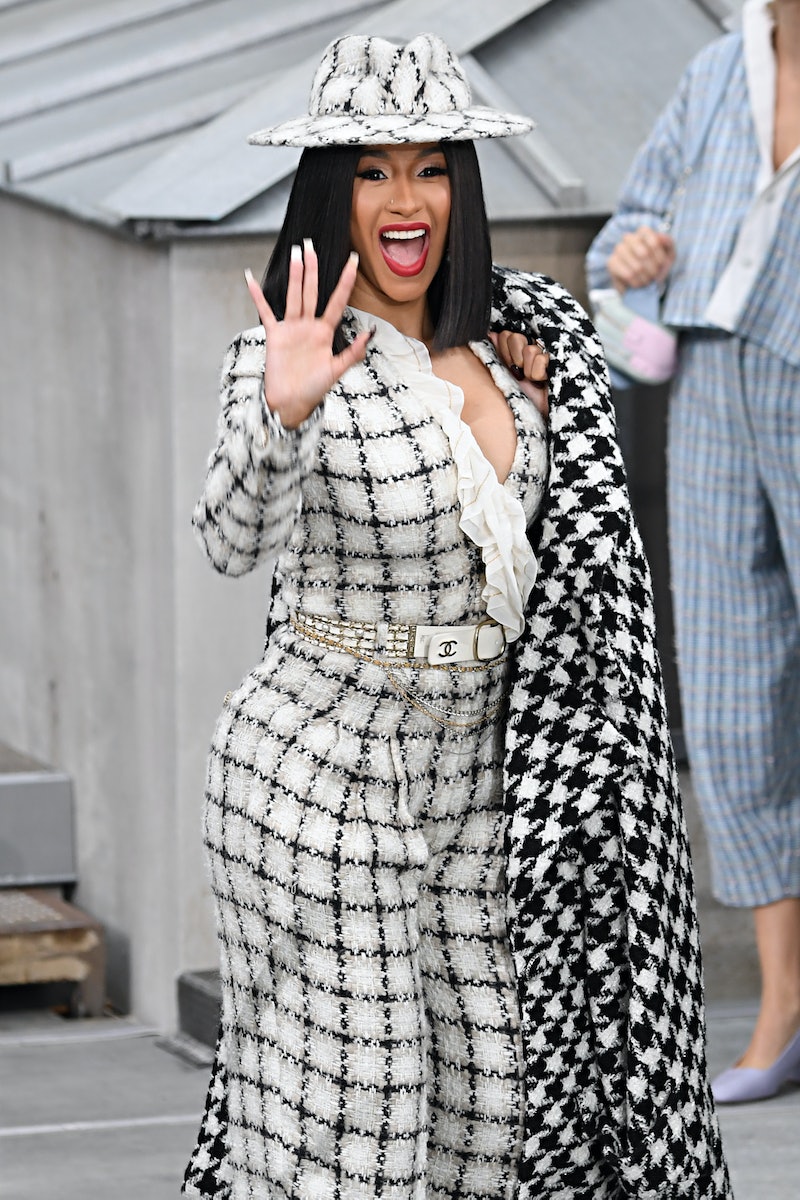 As the weather changes, we can sometimes feel inspired to switch up our looks. If there’s one celebrity to look to for hair inspiration, Cardi B is certainly a person of interest. Cardi B just wore a blond bob before her birthday, and it’s so sleek, you’ll want to cop the look for yourself.

The Grammy award-winning rapper has proved herself to be a head-turner whenever fashion is concerned. Cardi posted another sickening look to her Instagram on Tuesday revealing to fans a short blond bob. “I got no caption so just check out Writing on the wall, South of the border and YES music video,” Cardi wrote under the post plugging her latest projects. While the photo wasn't supposed to be about her new hair look, it was all her fans could talk about in the comment section.

While Cardi didn’t tag her hairstylist in the photo, Tokyo Stylez shared the same picture of the rapper to his page confirming he was the mastermind behind the blond bob masterpiece. According to Stylez’s post, Paris-based wig salon Glam Lace Wig Perruque provided the custom-made piece for the rapper. The same luxury wig salon also provided the silver wig fans saw Cardi wear in the “Yes” music video that features Fat Joe.

Cardi showed off her new blond look with a killer outfit created by celebrity stylist Kollin Carter who made her look ready for fall. Cardi rocked a Jacquemus top and Balenciaga skirt for the base of her outfit. But the pair of Amina Muaddi boots and the Sarah Sokol Millinery hat is the chef's kiss to the whole ensemble.

Wigs are a lifestyle for celebrities like Cardi B, and this is hardly the first time a bob has come across her collection. The rapper spent a good portion of Paris Fashion Week rocking a very similar black bob that was slightly longer. Just like the blond one, the black bob was also by Tokyo Stylez.

Stylez is also the celebrity hairstylist known for creating the winning lob look that Cardi wore to the 2019 VMAs.

“Cardi is known for her bold looks, but we kept it lowkey,” Stylez said in an interview about her VMAs bob. "As a team, we decided short and shiny would be best for the hair, since the look was busy. Cardi loves a simple moment!”

More like this
Jillian Mercado On Representation In The Metaverse
By Erin Stovall
Dua Lipa On YSL Beauty, Plus Her Fearless Approach To Hair & Makeup
By Erin Stovall
Selena Gomez’s Rainbow Nails Added A Perfect Pop To An All-Black ’Fit
By Audrey Noble
The 8 Best Beauty Looks At The 2022 People’s Choice Awards
By Audrey Noble
Get Even More From Bustle — Sign Up For The Newsletter