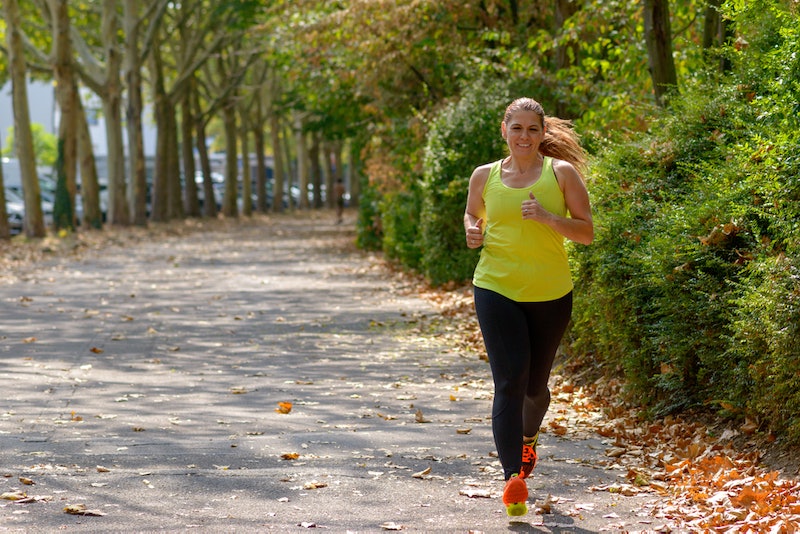 Getting a dose of cardio breaks a sweat and ups your heart rate, both good things in the long term. But your overall cardiovascular fitness, according to a new study, can change your brain volume — with interesting, and unexpected, consequences for the symptoms of anxiety and depression. While you might know that cardio is thought to help mood, it turns out that the story inside your brain might be a little more complicated.

The study, published in Frontiers In Behavioral Neuroscience, studied 751 people between the ages of 50 and 67 in Norway who took part in a health survey at two points: in the time frame of 1995-1997, and then again between 2006 and 2008. These two studies happen regularly as part of the Nord-Trøndelag Health Study, which involves a population of around 120,000 people and measures all kinds of health outcomes — but the researchers on this occasion were looking at several aspects in particular. How, they were wondering, did cardiorespiratory fitness affect the brain volume of the people in the study between the first and second points — and did that do anything to their symptoms of anxiety and depression?

The results about brain volume confirmed that as cardio fitness improved, the brain volume of the subjects increased, particularly a measure called brain parenchymal fraction, or BPF. BPF is used in a lot of MRI or magnetic resonance scans of the brain, and measures how much of the brain parenchyma, the brain tissue containing active brain cells like neurons and glial cells, is found in the brain's total surface. In people whose cardio fitness had gone up between the two measurements, their BPF measurements went up as well.

We've known about the link between brain volume and cardio for a while; Harvard Health explains that regular exercise has been shown to increase brain volume in both the prefrontal cortex and medial temporal cortex, while another study in 2017 found that exercise increases the volume of the hippocampus. All these brain areas are very important for cognition, memory and decision-making. In a first, though, the researchers looked at whether the brain volume of cardiorespiratory gains had any effect on symptoms of anxiety and depression — and here's where things get interesting.

This isn't what previous research has said about brain volume, depression and anxiety. Depression has been shown to reduce the volume of brain regions over time, and people with anxiety disorders have been shown to experience reduced volumes too. It's not clear what the relationship is between brain volume, exercise and the symptoms of the people in the study. However, the scientists say this now means there might need to be a new theory: "that symptoms of anxiety and depression are differently associated with brain volumes".

This is a very small study in an older population, so it remains to be seen what the big picture is about cardio, fitness, the brain and symptoms of anxiety and depression. If nothing else, though, this study shows that there are rarely easy answers about the brain.