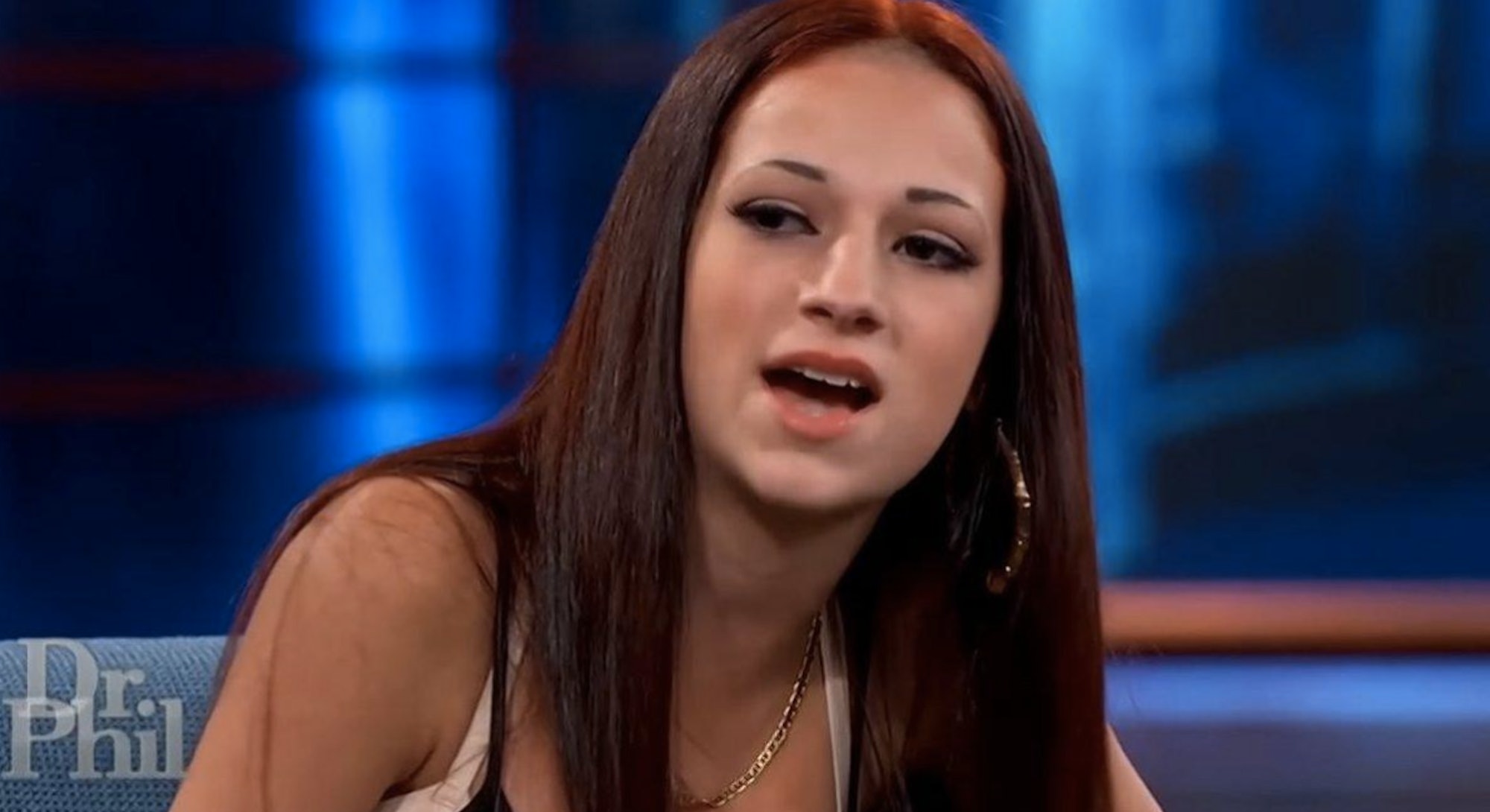 A fight video surfaced on the Internet in early February, and this time, I didn’t even have to comb WorldStar to find it. Rather, the clip of Danielle Bregoli, the 13-year old girl from the “Cash me ousside” meme, throwing hands on a Spirit Airlines flight turned up in my feed unsolicited — much like everything else in her short career.

Bregoli experienced a quick rise to infamy due to her September 2016 appearance on Dr. Phil, in which she tough-talked the audience and bad-mouthed her mother in an episode about "out-of-control" teens. Her catchphrase, “Cash me ousside, howbow dah?” and likeness instantly became a meme, and have since been emblazoned across puzzles, t-shirts and blankets on her sold-out merch site. She has had a cameo in a Kodak Black music video, made multiple radio appearances, and is reportedly in talks to develop her own reality show.

I don’t think it comes as a surprise that the internet found Bregoli especially comical, or perhaps even seemingly anomalous, because she’s a young white girl whose language and attitude are unlike what we expect from young white girls. She does, in fact, resist the cultural expectation of whiteness. But not in the way the conversation has been framed.

Bregoli was pretty funny. And much like the best things on the internet, her memeability was quick. One day, she didn’t exist in my world; the next, I couldn’t get away from her. She was turning up in my group chats and on my Twitter timeline, and my friends were using “cash me ousside” in casual conversation — a phrase that was born in our communities, yet had experienced a pop culture resurgence in the past few weeks.

But what differentiates Bregoli from other folks with Internet fame — least of all her black counterparts — isn’t her wit or her timing or her ability to make the best out of her 15 minutes. It's the insight into whom our culture deems acceptable for celebrity.

Bregoli is lauded for behavior that black women — and black girls in particular — in her position would be demonized for. In fact, she has been hailed in some corners of the internet as a beacon of radical white girlhood — as if by repurposing a moment on television that was intended to shame or rehabilitate her into something that was instead profitable for her, she is pushing back at stereotypes and doing a service to the white, female identity at large.

But to argue that effectively ignores the context through which someone like Danielle Bregoli comes to exist — and even further, how black meme celebrities of similar notoriety are sold short.

Bregoli and her persona are not a drastic subversion to the narrative of white female fragility; instead, she is operating firmly within that narrative. She is considered extraordinary because she is white; her behavior may push up against what our culture demands of white women in a superficial way, but it ultimately upholds the power structure that demonizes black women and rewards their white peers for the same behavior. It’s the same dichotomy that has made stars out of Kylie Jenner and Kim Kardashian and made reprobates out of Amber Rose and Blac Chyna, the same fine line that classifies Lady Gaga as a feminist icon but Rihanna as an attention-seeker.

It's what has left Kayla Newman, who is better known as Peaches Monroee of "on fleek" fame, to fend for herself. Newman, who posted the now iconic video on her Vine account in 2014, recently opened a GoFundMe to support her efforts to start a cosmetics and hair extensions line, because, as she writes, "Everyone has used the phrase/word but I haven't received any money behind it or recognition." The page has been up for 18 days, and she still has barely more than 10 percent of her $100,000 goal.

Bregoli, unlike Newman, operates outside the confines of the oversimplified tropes that black women do — she isn’t microaggressed as "ratchet" or "sassy" or "angry." Yet from Bregoli's mouth, "Cash me ousside" seemed unique, and was deemed fascinating by the internet at large.

Looking at Bregoli's trajectory, this becomes a question of access. Would a black woman have even been permitted into an environment like Dr. Phil to begin with? Do you extend an invitation to help essentially tame a girl who is expected to behave this way: loud, unapologetic and angry? Bregoli initially appeared on the show as part of effort to get Dr. Phil to put her back on the straight and narrow — the default setting for whiteness. Her bad girl-ness was assumed to be simply an affectation, something that could be fixed. But a black girl can't be fixed. The cultural expectation of blackness is that we will do what is expected of us and white folks will repackage and sell it.

With her fifteen minutes, Bregoli did what so many white women have done before her: she used her platform to co-opt black aesthetics and capitalize off of them in a way that black women cannot. She took what we bore out of necessity and became what we are rarely able to become: marketable.

Black culture isn’t highbrow or highly sought after until it no longer belongs to black people.

What we’re seeing happen, as Bregoli’s website sells out of items and she books a $40,000 appearance at the Rolling Loud Festival, is what we’ve seen a hundred times: Black culture isn’t highbrow or highly sought after until it no longer belongs to black people.

By and large, we are not granted the privilege of being angry and quippy and profitably meme-worthy.

We need only be reasonable. We may only be palatable.

The thing is, conversations about cultural appropriation seem to have become the norm in the past few years. But while the dialogue about cultural appropriation has included issues from festival wear to fashion week, sometimes it seems like this conversation exists only within the the vacuum of the internet. Bregoli's catchphrase is a meme, sure — but what does its popularization mean for the lived experiences of black women?

These tropes, which are praised and mass-marketed when performed by white women like Bregoli — tropes of perceived anger and “sass” and unreasonable strength — can keep black women from having equitable access to mental health services or support. They feed into the idea that rage is our default setting, rather than an indicator of our pain. Rather than recognize the generational trauma of the black female experience, we remain written off, dismissed and untreated.

Our "strength" is presumed to allow us to withstand anything, without any real support.

These tropes have historically silenced us in public discourse and left us to bear hundreds of years of unreasonable emotional and oftentimes physical burdens. We populated plantations, watched our babies be ripped from our breasts and sold into slavery, and we were still expected to raise white people's children for them. Our "strength" is presumed to allow us to withstand anything, without any real support.

We are still expected to work harder, quieter and for less.

Bregoli’s story, if nothing else, leaves us to examine a culture that elevates her image while simultaneously minimizing the influence of the people she’s stealing from. Her success should drive us to address the intersection of racial degradation and capitalist interests. The reality is this: black women are always going to be the ones left to shoulder the responsibility when you take our lived experiences and use them for aesthetics.

How long are we going to pretend otherwise?