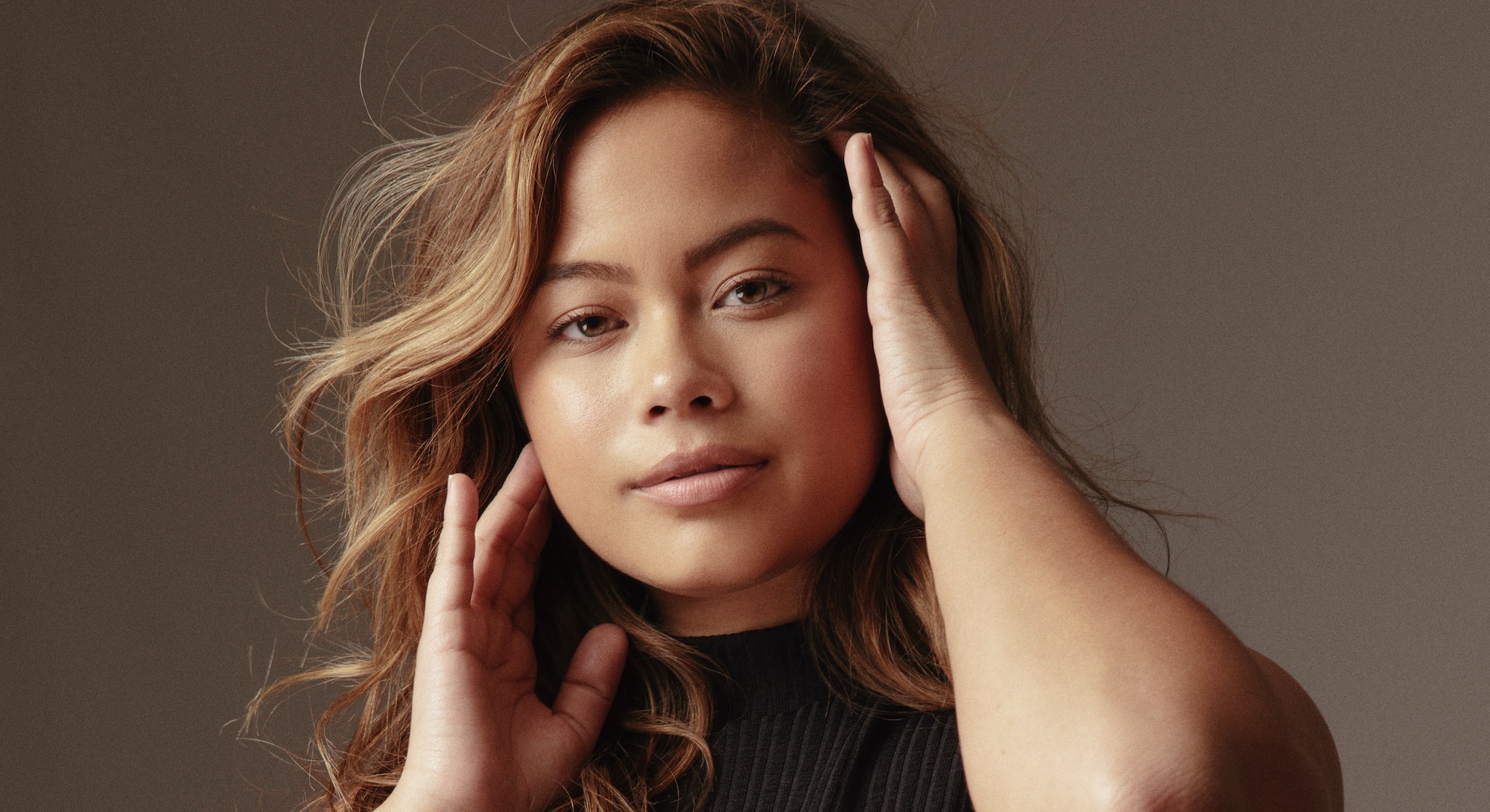 Catherine Li is a successful plus size model and influencer who travels the world to star in campaigns and ads for major fashion and beauty brands. While she relies on her looks for her profession, Li never thought she'd become a model, ever. The odds seemed stacked against her. Ahead, Li opens up about how she learned to embrace her mixed-race identity, find confidence in herself, and why she considers modeling more than just modeling.

I never thought I’d be a model, nor did I ever want to be. When I was growing up, I got an assignment at school that asked: Who is your role model? I couldn’t think of anybody. No one looked like me. As a half Chinese, half white, bigger girl, I couldn’t identify with anyone. My Asian friends and cousins were always smaller than me, making me feel fat. My white friends didn’t really see me as the same, either. On TV, in the movies, and in the magazines I read, there were no Asian people, there were no mixed race people, and there were no plus size people. There was nobody. Throughout the years, I had to learn to accept myself.

When I graduated from college, I was working as a publicist and wasn't making enough money with all my school loans and stuff. One day, my roommate and I needed a couch for our apartment, and we found this $200 one off Craigslist. It turns out the girl who was selling it was a plus size model named Danika. My nosy publicist self was like, “Why are you moving? Where are you going?” and she told me she was going to New York to pursue her plus size modeling career. I was confused. There was such a thing as a plus size model? I asked her if you could make money doing that, and she told me she made six figures. I had put it in the universe to find a side hustle and felt like this could be it.

As my roommate and I were leaving, I ran back to Danika’s apartment and asked, “How do you get started as a plus size model?” She was so sweet and offered to help me. Danika wrote this entire essay for me on how to take photos, where to apply to, what the names of agencies were. Soon after, I ended up signing with the same agency she was at the time. They told me it was going to take three years minimum for me to actually be a full-time model, if it even happened for me at all. It took me three months. I had to quit my PR job.

When I first started, I was just categorized as “ambiguous.” One of my agents said that they didn't even care that I was Asian, because I didn't look Asian enough. A lot of people actually think I’m a quarter Black or Latina or Hawaiian or Filipina. They never guess Chinese or white, and when I’m getting booked for gigs, they just put me in the box that they’re trying to check. I’m whatever “ethnic” stereotype they're trying to fill. It’s definitely useful that I'm ethnically ambiguous and that puts me at an advantage sometimes, because the sad truth is, if I really looked 100 percent Asian, I don’t think I’d be booking as many gigs. It just bothers me that no one sees me as what I actually am. My Chinese dad sees me as Asian and my Caucasian mom sees me as white. And even though my mom loves and supports me, I don't think we have the same experiences or opportunities because of my mixed race.

In the modeling world, the typical blonde-haired, blue-eyed girl will always be working. There will likely be a African American girl that gets cast, which is amazing, of course. The in-between brunette girls just wait to be included, if we’re lucky. The fact that I’m plus size makes things even more complicated. Last year, I landed my first major campaign with a French haircare brand called Kérastase. I was so shocked that they wanted me to be in it. I’ve got two things going against me — the fact that I’m half Asian and that I’m a curvy girl. It was such an honor to be in that campaign. You just don’t see a lot of Asian women or plus size people in major campaigns.

There's this photo of me from when I was younger — I was wearing a swimsuit and I remember when it was taken, I was sucking my stomach in. When I went to Mexico last month, I saw these two teenagers in swimsuits and they didn’t have flat stomachs, but they were rocking these two-piece bikinis with such confidence. I thought it was so dope. If I had seen them as a little girl, I would have been less self-conscious about myself. I feel like it's my job to be a representation in these campaigns for little girls to see people who look like them, because it really changes your mindset about how you perceive yourself.

With social media and the body positivity movement, modeling isn't just modeling anymore. You are so much more to other people — you can become an inspiration. You can become a role model. I look at my career as an obligation to my peers and young girls. I want to show them that it’s normal and beautiful to be mixed race. To be plus size. To be different. To be you.

As told to Bustle's Senior Fashion and Beauty editor Sara Tan. This interview was edited for length and clarity.