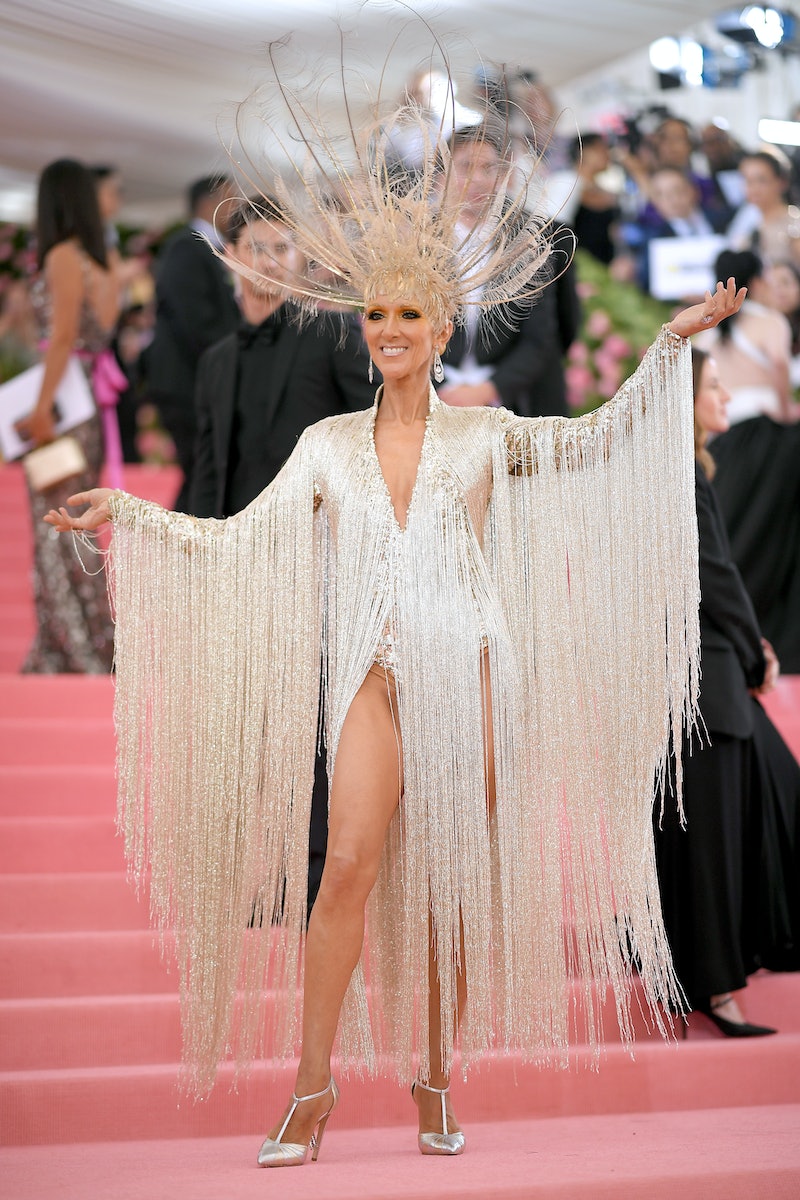 If you think you have a shoe habit, just wait until you hear how big Celine Dion's collection is. Celine Dion owns a shoe warehouse, which is quite necessary since she literally owns thousands of shoes.

This admission came out when Dion appeared on Carpool Karaoke with James Corden. Dion hopped into the car wearing Baby-Spice-approved blue eyeshadow, a metallic tweed suit, and a frothy pussy bow blouse. As the pair drove around the Las Vegas Strip and sang Dion classics, Corden asked the five times Grammy winner about her shoe collection.

"Shoes are a very important part of your life. How many shoes do you think you own?" Corden asked.

Dion shrugged and nonchalantly guessed 3,000 to 5,000. Corden countered that he heard that Dion owned around 10,000 shoes.

In 2017, Dion admitted to WWD that she did in fact have 10,000 pairs. Mainly because she hates giving away her clothes.

“I cannot give anything away, because every piece that I buy has brought me to where I am tonight. They’re part of every step that I take and I have an attachment to it,” Dion said. “You can call it crazy. I keep everything, but I just keep buying a bigger [warehouse] space. I have 10,000 pairs of shoes.”

After that admission, Corden asked the next logical question. He asked Dion where she stored all of those pairs. After all, a walk-in closet wouldn't be able to hold such a vast collection.

"I have like a place in Las Vegas. Let's call it a warehouse," Dion shared. But that's not all. Dion continued to explain her shoe storage situation, and revealed that she had a Clueless-like closet when it came to her shoes.

As a refresher, Cher Horowitz had an automatized closet system. She chose her outfit on a computer, and then would go into her carousal-run closet that was painstakingly organized by color.

Dion had a similar situation in her Florida home. She had a system that was on a computer, which would activate the carousal of shelves. Dion's shoes were also organized by color.

Dion would choose which hue she wanted for her outfit, and the shelves would rotate until the proper section stopped in front of her. "They were all by colors, so I would press another button and they [the shelves] would turn in front of me," Dion shared. "It was beautiful."

Back in 2013, Dion told Ellen DeGeneres that her Florida closet housed 3,000 pairs of shoes, so it seems like she got a few more thousand over the years.

During the episode of Carpool Karaoke, Corden pulled a surprise on Dion and revealed that they would be giving away five pairs of her shoes. The plan was to give passersby on the Strip shoes worn by the mega-star, and it was all coordinated with the help of her assistants. Dion was clearly not excited about this idea, but Corden joked she would still have 9,975 pairs after this. Every time she gave a pointy stiletto away, she screamed out the window as they drove away from the starstruck people holding her shoes. Which is so relatable.

Dion clearly has a shoe addiction, and she gives us new levels to aspire to.