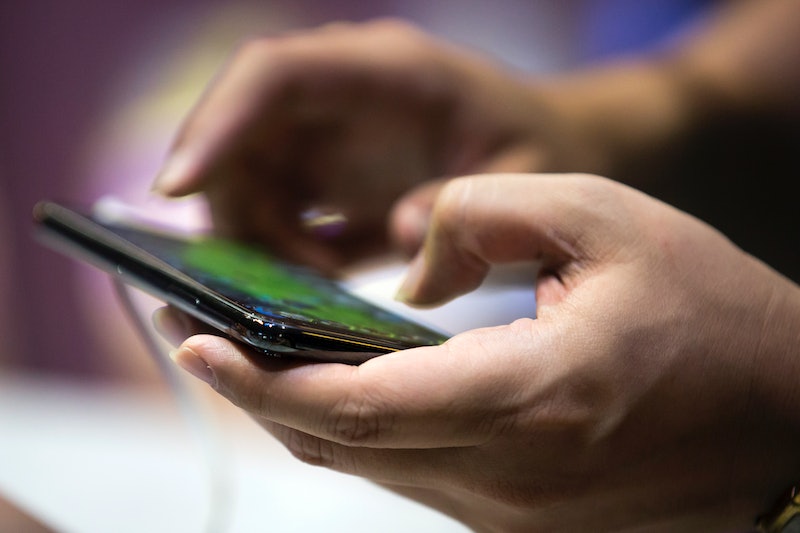 If your parents have been stressing that you’re going to get a brain tumor because of your smartphone, tell them to rest easy. Yes, cell phone radiation was linked to cancer in a new study, according to BuzzFeed News, but before you freak out, you should know that even the authors of the study are saying it’s nothing to worry about.

On Nov. 1, a federal health panel found that male rats can get cancer from high doses of cell phone radio waves, but those doses of radio waves were four times higher than what a 2G or 3G cellphone emits when you’re using it, BuzzFeed News reports. Further, this research only showed these results in male rats, not female rats, and definitely not in humans. So, basically, while that whole “your cellphone gives you brain cancer” myth your mom’s been harping on you about isn't 100 percent disproven, there really isn't a lot of evidence to support it.

This specific cellphone cancer study, which was conducted by the National Toxicology Program (NTP), has been going on for decades, according to The New York Times. It started during the Clinton administration, says The New York Times, costing $30 million and involving somewhere around 3,000 rodents. The rodents were exposed to radiation nine hours a day for two years at a frequency equivalent to second generation cell phones from the 1990s, which is when the study started, The New York Times reports.

Current 4G and 5G cell phones do emit much higher frequencies than second generation cell phones, says The New York Times, but scientists say those radio waves aren’t as capable of penetrating the human body as older models. The NTP does have concerns the study will be criticized because they did use outdated technology, so they’re working on building exposure chambers that will allow them to evaluate newer technologies, The New York Times reports.

“We do think the tumor responses here are real,” John Bucher, senior scientist of the NTP, told BuzzFeed News during a telephone briefing to reporters. But “these are far higher cellphone radiation levels than people typically receive.”

Cell phones' potential link to cancer has been an area of study because cell phones emit radiofrequency radiation or radio waves from their antennas, which is a form of electromagnet radiation, according to the National Cancer Institute (NCI). The body parts nearest the antenna can absorb this energy, says the NCI, which has created concerns about increased risks of developing cancer (and particularly brain cancer).

If the results of this study still makes you feel a little concerned about putting your smartphone to your ear, you can always opt to use earbuds to make your calls instead. (It might be better for your skin, anyway.) But just know that, contrary to the myths, you aren't likely to develop cancer from cell phone radiation.