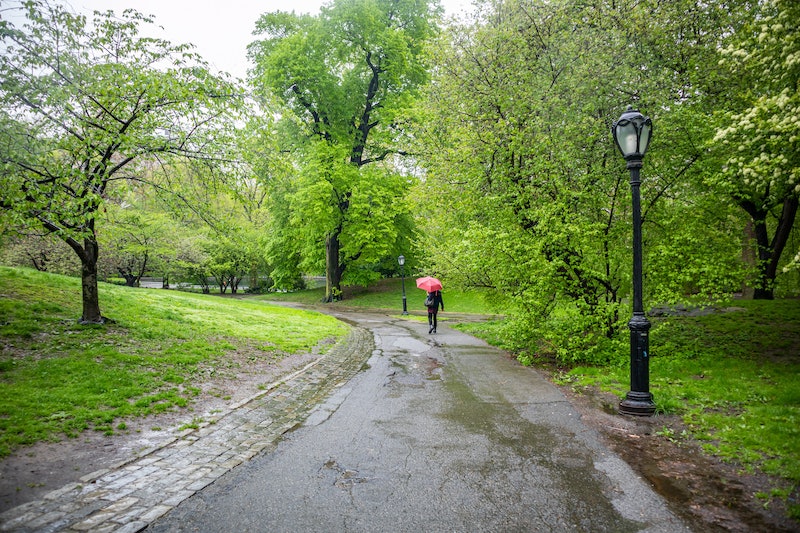 Central Park in New York is a great location for a date: It's got beautiful trees, plenty of benches, and come August 2020, it will finally pay homage to influential women. A statue honoring the women trailblazers and suffragettes — Sojourner Truth, Elizabeth Cady Stanton, and Susan B. Anthony — will join the other 23 monuments of men that already inhabit the park. This means that by this time next year, you'll be able to see statues of women in Central Park for the first time ever.

On top of honoring the activists depicted, the new statues will also help celebrate the 100th anniversary of women gaining the right to vote. And in case you want to visit it for yourself come 2020, the monument will be located in the southern end of The Mall of Central Park, also known as the Literary Walk, which stretches from 66th street to 72nd street.

Artist Meredith Bergmann will get to work building the full-size statues now that her designs have been approved by the city's Public Design Commission. According to the Huffington Post, they were chosen amongst a total of 91 submissions. “My hope is that all people, but especially young people, will be inspired by this image of women of different races, different religious backgrounds and different economic status working together to change the world,” Bergmann said, according to Associated Press.

But while Bergmann commended the diversity of the women represented in the statue, Truth's figure was not included in the original statue. Instead, her name was supposed to be featured in a carving on the design of the original statue. It would have been one of seven African American women's names in a group of 22 women mentioned. The Associated Press reported that this original design sparked controversy after people complained that it didn't do enough to highlight the important accomplishments of African American women in the suffrage movement.

The resulting design change is significant, especially considering the fact that not all women could simply go and cast their vote in 1920. It wasn't until 1965 that the Voting Rights Act began chipping away at the discriminatory voting practices used against minorities in the South, including literacy tests and polling taxes. And as for the white suffragettes chosen for the statue, both Anthony and Stanton have made problematic statements about African American women and the suffragette movement, though they considered themselves abolitionists. Anthony has been quoted saying that she would cut off her arm before she would "ever work for or demand the ballot for the negro and not the woman.” And Stanton had mirrored similar sentiments, mainly advocating for the rights of white, middle class women.

An abolitionist and women's right activist, Truth defied all odds and fought for the equality she believed she deserved, and her inclusion in this historic statue surely won't go unnoticed. So, once August 2020 rolls around, make sure to go pay a visit if you're in New York City this upcoming summer.

More like this
25 Inspiring Quotes From Black Women To Celebrate Black History Month
By Kyli Rodriguez-Cayro and JR Thorpe
24 History-Making Black Women You Probably Didn't Learn About In School
By Ayana Lage and JR Thorpe
25 Cute Ski Outfits That Look Hot & Keep Away The Cold
By Bella Gerard
Zach Reveals The Chaotic 30 Minutes That Were Cut From ‘The Bachelor’ Premiere
By Grace Wehniainen
Get Even More From Bustle — Sign Up For The Newsletter
From hair trends to relationship advice, our daily newsletter has everything you need to sound like a person who’s on TikTok, even if you aren’t.