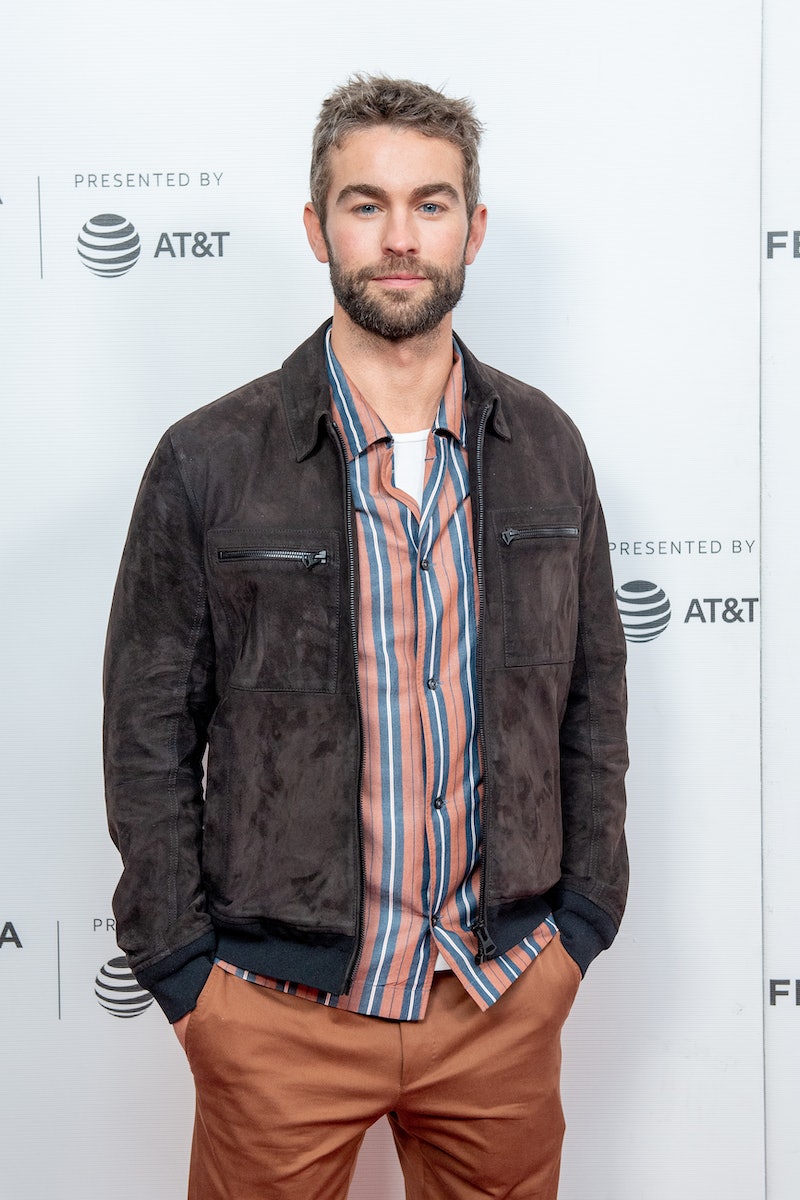 At times, it feels like every one of our favorite shows from back in the day is returning. But one iconic show that hasn't made its comeback yet is Gossip Girl, the prep school soap that drove NYC and the entire world into a glamorous frenzy. There's been no rumors or official talks about a return, but at least one star of the show is imagining what it may look like in the present day. Chace Crawford has ideas for a Gossip Girl revival which could lead to a natural extension of the original show.

In a new interview with Digital Spy, Crawford was asked if he would reprise his role as heartthrob Nate Archibald if Gossip Girl were to return, and he said yes, but not without reservations. "I don't know what it would look like with us being in our 30s now, but I always say, because it was such a big part of my life, I'm open to anything," he said.

However, he also explained that it would have to be done right for him to come back. And, lucky for fans, he has a couple ideas on how to make that happen. "It would have to be really right, and really specific, and with TV and the golden age of the TV streaming service, maybe an eight-episode season...," he said. While fans would probably want a bit more than just another eight hours, a quick season could actually be all the time one needs to revisit their favorite socialites again.

Crawford is concerned, however, that the entire Gossip Girl cast wouldn't be able to return due to the stars' busy schedule. Penn Badgley (Dan Humphrey) is currently filming season two of the Netflix phenomenon You, Leighton Meester (Blair Waldorf) is currently starring in the sitcom Single Parents, and Blake Lively (Serena van der Woodsen) is busy with her two children, a string of upcoming films, and being married to one of the internet's dream husbands, Ryan Reynolds. Needless to say, they've all got prior commitments that might preclude them from stepping back into the world of the Upper East Side.

That said, Crawford has another idea for how the show could be rebooted without the original if needed: a new generation of Constance Billiard and St. Jude's students. "It would be very tough to get everybody on board I think because of their schedules, Penn, Leighton, Ed... They're all doing really good TV shows," he said. "It would be hard I think [to get them all together]. The reboot might come in the form of new characters."

But while the thought of Gossip Girl without Serena, Blair, or Dan sounds absolutely horrifying, Crawford assured Digital Spy that even if the show did return with an entirely new cast, he'd still be along for the ride, even in a lesser capacity. "I would absolutely cameo. I'd have to!," he said. And going off what the cast has said in the past, they're not totally opposed to returning either.

"It sort of all depends. Would I do seven years of the show? No, because it's hard work and I've got my babies, and I don't want to be away from them that much," Lively told Variety of a potential reboot in 2017. "But I've just learned in life you never say never. I'm looking to do something that I haven't done yet, not something that I did. But would I do that? Who knows—if it was good, if it made sense. We had so much fun shooting and living and working in New York City."

That's a good enough answer for me. Now all we need is a good enough idea to bring the entire crew back for at least one last go-around. It's what fans deserve.

More like this
Netflix Reveals First Look At Wednesday In The 'Addams Family' Spinoff Series
By Bustle Editors
The 'Skins' Cast Shared The Reunion We’ve Been Waiting For
By Sophie McEvoy
A New 'And Just Like That' Table Read Pic Confirms A Key Character's Return
By Jack Irvin and Grace Wehniainen
24 Years Ago, 'Friends' Dropped Its Most Underrated Ross & Rachel Episode
By Grace Wehniainen
Get Even More From Bustle — Sign Up For The Newsletter