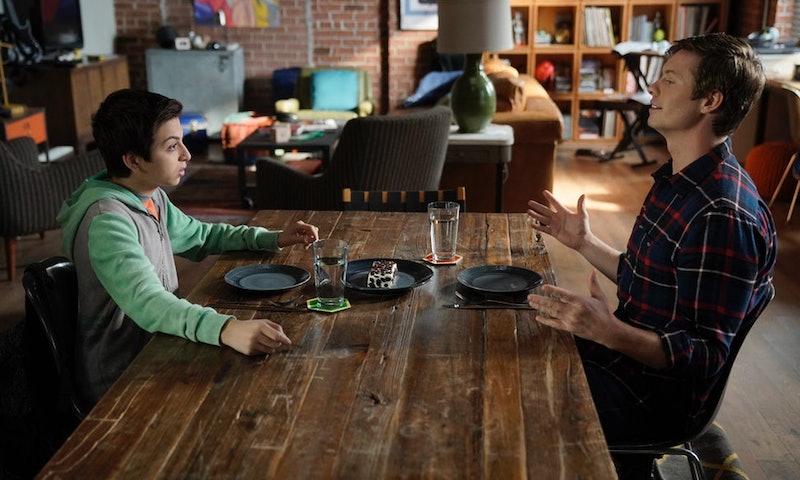 Josie Totah is ready to share her truth. The young actor, who recently starred in Mindy Kaling's NBC comedy series Champions, came out as a transgender woman in a new piece for Time on Monday. Josie Totah's coming out essay chronicles her transition and is a very important read about her journey to now and why this is the moment in her life to tell her truth.

In the Time piece, Totah wrote that she now prefers the pronouns she and her.

"Numerous reporters have asked me in interviews how it feels to be a young gay man. I was even introduced that way before receiving an award from an LGBTQ+ rights organization. I understand that they didn't really know better. I almost felt like I owed it to everybody to be that gay boy. But that has never been the way I think of myself."

Totah went on to explain that she was initially hesitant to come out as transgender, but over time, she realized that she wanted to share who she was. Totah wrote:

"I realized over the past few years that hiding my true self is not healthy. I know now, more than ever, that I'm finally ready to take this step toward becoming myself. I'm ready to be free."

Totah also wrote in the essay that she considered herself a girl even before she had a proper understanding of gender identity. "I always knew on some level that I was female," Totah wrote. "But it crystallized about three years ago when I was a 14-year-old watching the show I Am Jazz with my mother."

The actor explained that learning about Jazz Jennings' transition inspired her to tell her mom that she, too, was transgender. Totah's mom was supportive and took her to a doctor, and Totah started taking hormone blockers. "When my friends and family call me Josie, it feels like I’m being seen," Totah wrote in the Time essay. "It's something everyone wants, to feel understood."

Kaling and other actors warmly welcomed Totah's announcement with open arms. In her retweet of Totah's story, Kaling wrote, "I'm so glad you're able to speak your truth and live as your authentic self." On Champions, Totah played Michael, an ambitious student at a performing arts school and the son of Kaling's character, Priya.

Based on Totah's essay, it sounds like she's not giving up acting anytime soon, but she'll be going out for different roles than the ones she's played in the past. She wrote for Time,

"I can only imagine how much more fun it's going to be to play someone who shares my identity, rather than having to contort myself to play a boy. I'm going to gun for those roles, be it a transgender female or a cisgender female."

Totah is also going to college this fall, so she has a lot of fresh starts ahead. Wherever the future takes her, it sounds like her family and costars are all super supportive of exactly who she is.