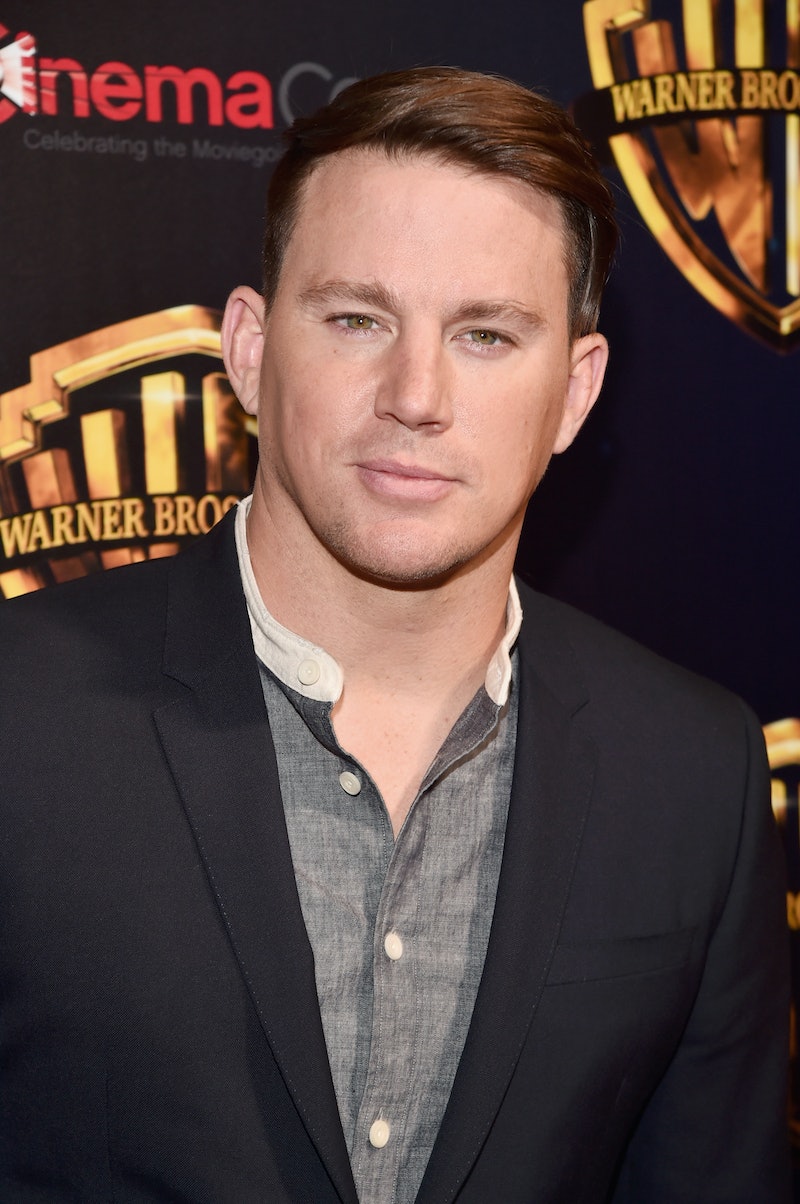 On Nov. 25, the 21 Jump Street actor posted numerous videos on his Instagram Story, in which the pair could be seen getting their slime on with their own homemade concoction. But their creation, formed with a ton of glue and glitter, might have been too sticky. In one of the clips, Tatum could be heard jokingly saying, "Ewwwww" when Everly covered her hands with the pink slime mix. She replied to her dad, "I really need to get this off." Ever the jokester, the actor said, "We're never getting this off."

Later, Tatum tried his hand at playing with the slime, once Everly made the mixture "less touchy" (i.e. less sticky). While it may have been a little less sticky to handle, he still had to seek out the help of his daughter to get it off his hand. When he called out to ask her how to get it off, she replied simply, "Just pull it off."

It sounds like the pair had so much fun during their Sunday afternoon hangout, as Tatum even highlighted in a subsequent post on his Instagram Story. He posted a selfie, in which he pulled a total princess move and wore a tiara. The actor captioned it, "That's a Sunday for ya!!!"

This isn't the first time that Tatum has chronicled his daughter's creative side. In addition to being an expert slime maker, Everly has a knack for painting. In March, the Smallfoot star posted a photo of himself and Everly's mother, his ex Jenna Dewan, sporting some rather interesting new looks, courtesy of their daughter.

"This is what it looks like when a little tyrant fairy artist holds you down and makes your face look “better”."

In February, Tatum once again showed off one of his daughter's latest creations. He posted a photo of her beautiful dream catcher, which was made up of so many cute blue and pink charms. The actor wrote that the creation was made by a "tiny fairy," the nickname that he's given his daughter. He wrote:

"Aaaa... this dream catcher is straight up what actual dreams are made of. #madebyatinyfairy"

Not only does the father-daughter pair bond over their latest art projects, but they also bond over their love of dance. According to E! News, Tatum puts his Step Up skills to use for the duo's daily dance battles.

"We have dance-offs almost every day at some point," he told the publication in September, "She's always had dance moves. She does her own dance moves. I don't know where she gets them, but she's been doing them since the day she came out."

It certainly seems as though Everly has really tapped into her creative side, whether it's through dancing or even making slime. Considering that her parents are two very talented artists themselves, that shouldn't come as too much of a surprise.