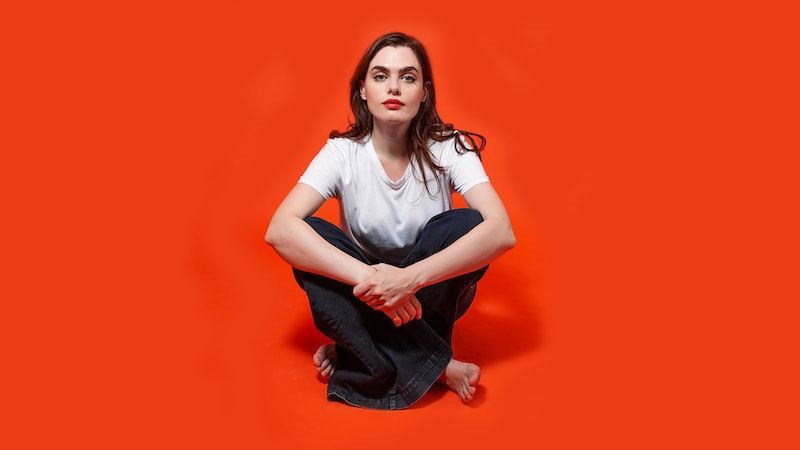 "We hear a lot about air pollution and plastics now," model and body positivity activist Charli Howard tells me, but I couldn’t believe that textile production ⁠— including fashion ⁠— creates more greenhouse gas than international flights and shipping combined!" Howard is talking about what she's learnt while creating her new BBC podcast, Fashion Fix.

With a new episode dropping weekly, Fashion Fix aims to prove that the fashion industry can be fixed and sees 28-year-old Howard speaking to a range of people who are doing just that. So far, she's chatted to fellow model Sonny Turner about curves and body positivity and caught up with sustainable streetwear designer Emmanuel Enemokwu.

Nothing has escaped Howard's attention. From the industry's #MeToo moment to the rise of modest fashion and the need to centre garment workers' lives, the podcast is all about finding the positives in what can be an incredibly damaging and impossibly idealistic world.

"It’s about my personal story, but also a chance to learn about loads of other big issues and possible solutions," Howard says. That story publicly began in 2015 when her open letter to her modelling agency went viral.

Two lines stood out the most. The opener: “Here’s a big F**K YOU to my (now ex) model agency for saying that at 5”8 tall and a UK size 6-8 (naturally), I’m ‘too big’ and ‘out of shape’ to work in the fashion industry." And the closing *chef's kiss*: “Until (and if) an agency wishes to represent me for myself, my body, and the WOMAN I've become, give me a call. Until then, I'm off to Nando's.”

Howard was eventually signed by another agency in line with her morals. She set up the empowering All Woman Project, wrote a memoir and a children's book, and founded Squish Beauty aka the cutest skincare company you'll ever find.

"I used to think fashion was broken, and it very nearly broke me with body shame, bulimia, and, yes, bitchiness," the model told the BBC. "But body positivity helped me put myself back together." Now, though, she's more a fan of "body neutrality."

“The overall messaging is good when it comes to body positivity but I do think it leads to a bit of competitiveness and it can be negative," Howard explained to Stylist. "I think neutrality is more inclusive and about accepting that not every day is a good day. Some days you’re going to feel bigger than others, that’s just life. Body neutrality is about not making your body the forefront of every conversation, which is how it should be.”

Another thing she's gained an interest in is fashion's impact on the environment. "As someone who wasn’t really aware of their carbon footprint beforehand, I was really interested in learning more about sustainability and how to help make a contribution," she tells me. In fact, Howard believes that any Fashion Fix listener can pick up tips on the "small changes that can make a huge difference in saving the planet."

There are plenty of other takeaways. "Learning to love your clothes again and re-wear, repair, or swap the pieces you used to love" is one, according to Howard. So is "helping open minds up to diversity and models standing up for rights and representation," along with "becoming inspired by all the game-changing designers trying to make a difference."