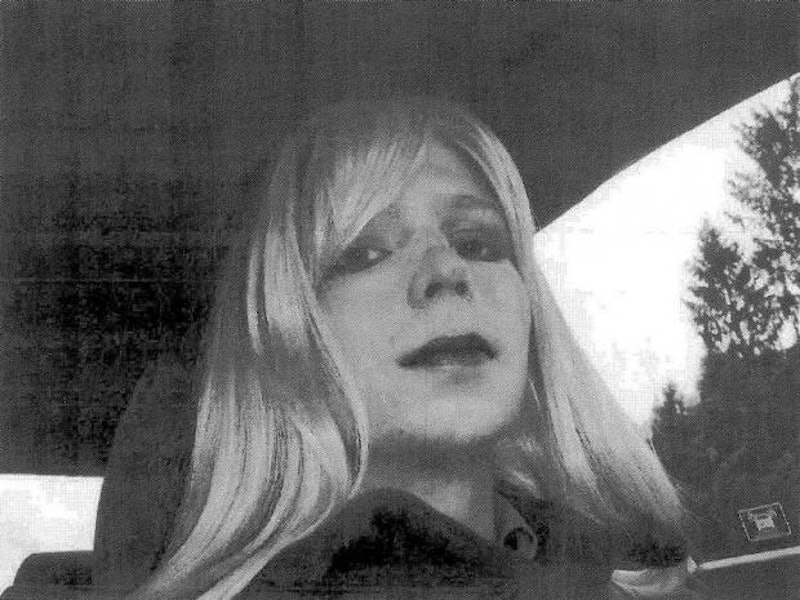 Chelsea Manning, former Army intelligence analyst, was convicted of leaking classified information to WikiLeaks and sentenced to 35 years in jail. But Manning's sentence was commuted by outgoing President Obama, and as of today, she will return to private life. Around 3 a.m. EDT, Chelsea Manning was released from Fort Leavenworth military prison.

Formerly known as Bradley Manning, the private announced that she was a transgender woman the day after her sentencing. Manning's identity has been the cause of much of the media coverage of her, since her gender at times seemed to pose a threat to her overall wellbeing. On two separate occasions, Manning attempted to commit suicide over the past year. The military has not agreed to comment on Manning's treatment over the past seven years that she's been imprisoned.

Manning clearly believes the military could and should have done much more. Last September, she staged a hunger strike over the way she was being treated. And her lawyer, Chase Stranglio of the American Civil Liberties Union (ACLU), indicated as much in a statement he made on Manning's release. "After so many years of government control over her body and gender, I know she [Manning] is eager to grow her hair, express her gender and negotiate decisions on her own terms," said Stranglio.

As a result of her hunger strike, the military did finally agree to pay for Manning's gender transition treatment.

In 2010, Manning was serving in Iraq as an analyst for the U.S. military. She used her military access to leak over 750,000 documents to WikiLeaks, defending her action as an attempt to start a conversation about what she viewed as compromising U.S. tactics and intervention. Her supporters claim none of the information cause significant harm to anyone. However, there are others who disagree, including House Speaker Paul Ryan. "Chelsea Manning's treachery put American lives at risk and exposed some of our nation's most sensitive secrets," Ryan responded to the news of Manning's sentence commutation.

In a recent interview with NPR, Steven Nelson, a reporter with U.S. News and World Report, clarified why Obama decided to significantly shorten the original 35-year sentence handed to Manning. "Part of the reason that the White House justified granting her clemency was because it was so much longer than other recent leak sentences. In a lot of the cases, people plead guilty and get maybe a year in prison. But 35 years really shocked people," Nelson told NPR's Mary Louise Kelly.

Obama also noted that, unlike Edward Snowden, Manning had faced trial and expressed contrition for what she had done.

Now free, Manning has indicated she will move to Maryland.