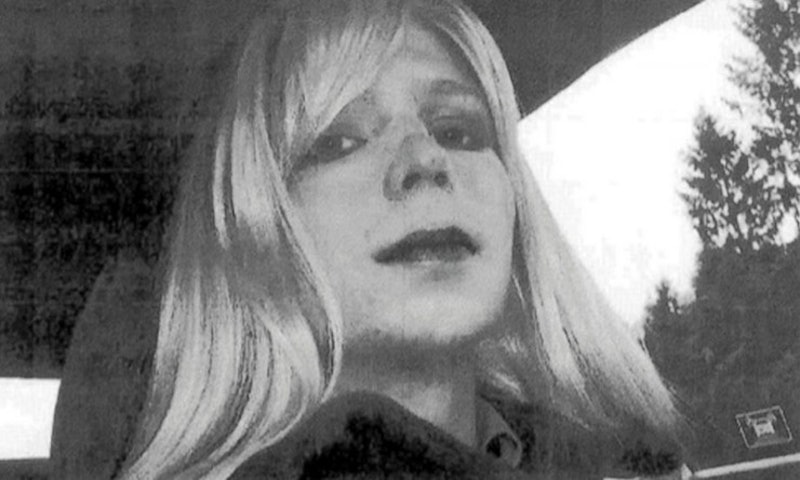 Some call her a traitor. Others call her a hero. In an interview on Good Morning America on Friday — her first since being released from prison last month — Chelsea Manning thanked Obama for giving her a second chance, and spoke how her sense of duty that drove her to leak hundreds of thousands of classified government documents to Wikileaks in 2010.

"I have a responsibility to the public," Manning told NBC's Juju Chang of her reason in the pre-taped interview. "We all have responsibility."

Manning admitted that while she'd hoped to spark public debate that might eventually lead to changes regarding the role of the military and foreign policy, she hadn't thought her actions would jeopardize national security. "We're getting all this information from all these different sources and it's just death, destruction, mayhem," the Army intelligence analyst said. "We're filtering it all through facts, statistics, reports, dates, times, locations, and eventually, you just stop. I stopped seeing just statistics and information, and I started seeing people."

In response to claims she put the United State's national security at risk, Manning stressed that war is messy and things are never as clear cut as we might like. "Counter insurgency warfare is not a simple thing," she added. "It's not as simple as, like, good guys versus bad guys. It is a mess." She said she still had "nothing but respect" for those working in the military to keep the country safe.

In early 2010, Manning leaked more than 700,000 classified documents and videos pertaining to a range of topics, including top secret military operations, the United State's failure to investigate reports of abuse, torture, rape, and murder by Iraqi police, and a July 2007 US Army airstrike in Baghdad that killed two Reuters photographers. At the time, Manning's release was considered to be one of the largest unauthorized leaks in US history.

Months later, Manning was identified as a leaker to the State Department by Adrian Lamo, a hacker she'd met online. In May 2010 she was arrested and slapped with 22 charges, including violating the Espionage Act and, more seriously, "aiding the enemy." In 2013, Manning was acquitted of "aiding the enemy" but convicted of 17 of the 22 charges, including five counts of espionage and theft. She was sentenced to 35 years in prison.

Shortly before the end of his second presidential term, however, former President Barack Obama commuted the rest of Manning's sentence leading to her release last month. In her interview with NBC, a visibly emotional Manning said she would like to thank Obama for giving her a second chance.

"I've been given a chance," she said. "That's all I asked for was a chance. That's it, and now this is my chance."