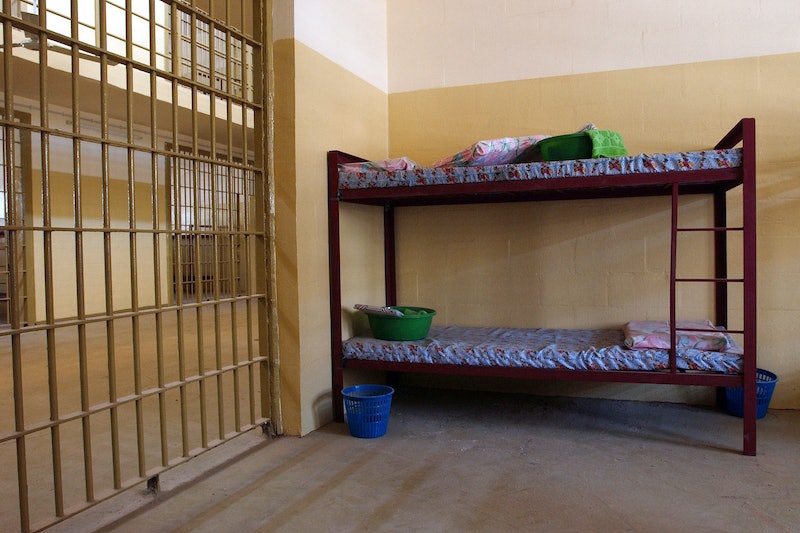 Chelsea Manning was released from the disciplinary barracks in Fort Leavenworth, Kansas, on Wednesday morning. After serving seven years of a 35-year sentence in the military prison, Manning walked out free of military captivity which was concluded by a United Nations investigation to be "cruel, inhuman, and degrading." On Wednesday morning, Manning tweeted after being released from the prison. The tweet read, "First steps of freedom! #ChelseaIsFree" and included a photo of a pair of feet wearing black sneakers.

Manning was arrested in May 2010 in Baghdad, Iraq, after being accused of leaking documents and visual content of the American military operations in Iraq to WikiLeaks. According to BuzzFeed, Manning is thrilled to begin her new life. Her statement says, "After another anxious four months of waiting, the day has finally arrived. I am looking forward to so much!" Manning also went on to say, "Whatever is ahead of me is far more important that past. I'm figuring things out right now - which is exciting, awkward, fun, and all new for me."

Before being released, Manning tweeted about her excitement for starting a new journey. Apparently aware about the ongoing healthcare debacle in the United States, Manning said that she was "hunting for private #healthcare like millions of Americans" two days prior to her release.

Manning's sentence was commuted by Barack Obama in January. Her status as an active-duty soldier will go on but Manning will not be given a salary. According to Manning's military defense lawyer David Coombs who spoke with NBC News, Manning's freedom is not without certain restrictions. She is "still subject to the Uniform Code of Military Justice." He also said that Manning "wouldn't be charged again for the same offenses, but if she committed a new crime, the military would still have jurisdiction over her."

In spite of the challenges ahead which could possibly include a hostile administration — after all, Donald Trump labelled Manning a "traitor" and said that she "should never have been released from prison" in a tweet — Manning's ebullience for a new life is most palpable. For her supporters, it is refreshing to see the 29-year-old out of prolonged isolation.

According to statements in The Guardian, Manning appears to be most excited about the simple things in life and wants "that indescribable feeling of connection with people and nature again, without razor wire or a visitation booth." Even more heartening is Manning's overjoyed sentiment to see her loved ones. "I want to be able to hug my family and friends again. And swimming – I want to go swimming," she said.