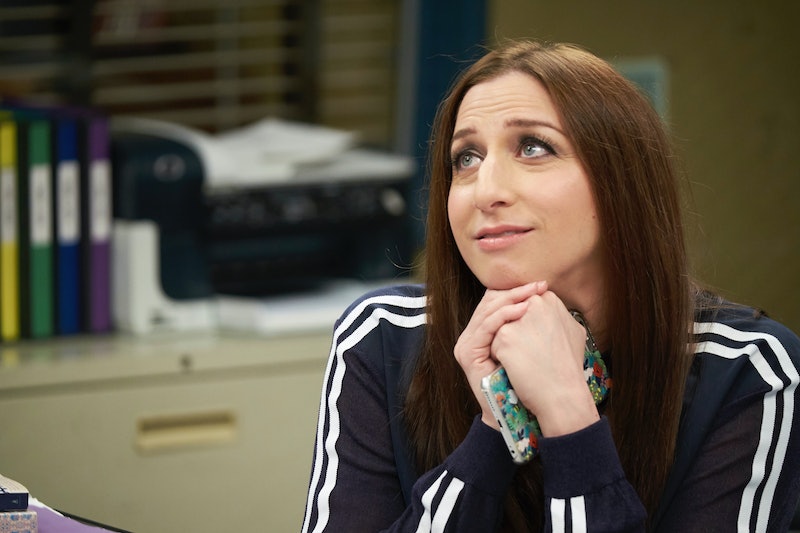 She may no longer be playing Gina Linetti on Brooklyn Nine-Nine, but Chelsea Peretti is still finding new and creative ways to entertain the general public. In fact, Peretti just released a comedy album, titled Foam & Floatsam, which consists of five songs total and centers around the one thing nearest and dearest to her heart: coffee. Yes, this comedian loves java as much as Gina loves, well, herself, so Peretti decided to take her passion for a good cup of joe and put it to good use. And what better way to express your love for something than by putting it into song form?

Over the past year or so, Peretti has collaborated with her friend and producer Kool Kojak in order to bring this concept album to life. According to Vulture, the project seeks to explore "the complexity of human emotions through the lens of coffee." And yes, listeners will experience plenty of laughs while jamming out to these coffee-centric tracks, which include songs like "Oatmilk," "Late," and "Chore." (The first two of which also have music videos coming out to enjoy at your leisure.) Several of the songs also feature guest vocalists like Juliette Lewis, Reggie Watts, and Peretti's former Brooklyn Nine-Nine costar Terry Crews.

"When I drink a lot of coffee, I do wind up getting really, really energetic," she explained in an interview on Vulture's Good One podcast. "Then I tend to sing or act — you know, act a fool as the case may be. So, you know, it's a muse. It's definitely a muse."

Many fans were downright devastated to see Peretti depart from Brooklyn Nine-Nine for good back in January 2019, having portrayed the social media-loving character for the better part of six seasons. However, it's because of her exit that she was able to have time to create this new comedic gold. "We shot like 20-something episodes a year. So I just felt it took what I had creatively," Peretti revealed about the series. "For me, that was my creative energy. So when I was off the show, I was finally able to write a movie, which I wanted to do for like 27 years, and then make this album."

So it seems behind every dark cloud, there's a small, coffee-filtered lining. As long as there's Oat milk, it's smooth skies ahead.