One of the side effects to chemotherapy that patients often experience is taste change. When undergoing treatment, taste receptors in the mouth can be altered by certain chemotherapy drugs — this process is believed to be a result of damage to the cells in the oral cavity, which are particularly sensitive to chemotherapy. The taste change can also trigger a heightened sense of smell (and sensitivity to various smells), contributing to the shift in how foods may taste — enter Chemo Kitchen, a cookbook for chemotherapy patients who experience it.

According to Chemocare, roughly 50 percent cancer patients who undergo chemotherapy encounter changes in taste: typically, it involves a lower tolerance for bitter or spicy tastes and higher tolerance for sweet flavors. Chemocare explains that many patients describe foods as "bland, bitter, like chemicals or medicine." A new Kickstarter project is taking action to help patients who are struggling with this issue — in the form of a cookbook.

Chemo Kitchen is a collection of 52 recipes developed by several award-winning chefs, created specifically for patients going through taste-change during cancer treatment. Mary Ann Esposito, host of Ciao Italia (the longest-running cooking show in the US, James Beard winner Eric Tanaka, and former Master Chef Australia contestant Skye Craig are just some of the culinary experts who worked on the project.

Most of the recipes in the cookbook only require about eight ingredients, take no more than 45 minutes to prepare, and are carefully designed to produce great meals for individuals who feel the affects of taste changes associated with chemotherapy. "Delicious dishes for people in treatment, sure, but the cookbook also provides an opportunity and place for the outpouring of support from people who want to help and just make a dish or two," the Chemo Kitchen team says on their Kickstarter page.

Co-founders Michelle Abbess and Cal McAllister took to Kickstarter in hopes of achieving their goal to make Chemo Kitchen affordable and accessible to anyone who needs it. "Print on demand makes it expensive. This is an issue because we are dreaming bigger than just a cookbook," they explain. "Eventually we would like to build a community to give back to cancer research and patient care. The one stop shop online for people going through taste change caused by chemotherapy." Chemo Kitchen's mission has inspired many — so far, they've raised over $36,000 of their $40,000 goal. With design support from Wexley School for Girls, help preparing and testing meals from the Hot Stove Society, and advice and recipes from America's Test Kitchen, Chemo Kitchen is closer than ever to being able make their vision a reality. 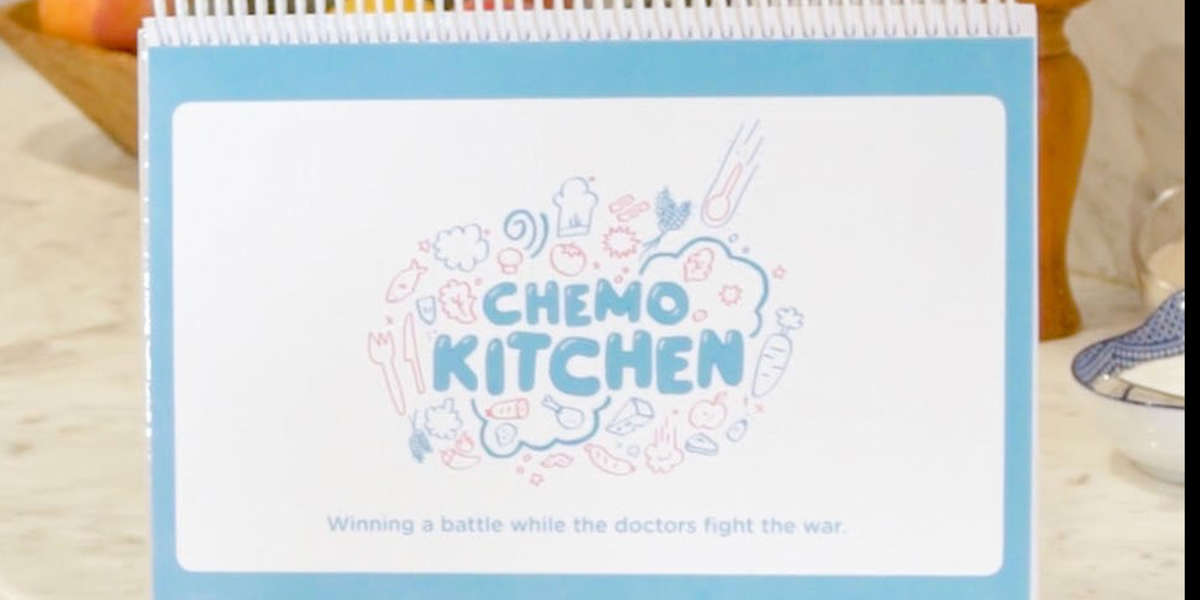 The idea for the Chemo Kitchen cookbook arised when co-founder Cal McAllister's mother was battling breast cancer and found that she was no longer able to enjoy her favorite foods after the taste changes that came with chemotherapy. "While the doctors are working on trying to win the big battle and win the war, we're trying to win a little battle with taste," McAllister said in a NowThis video featuring the cookbook. "There is so much out of our control during chemo—the treatments, the surgeries, the life changes, the zaps and pokes and prods—sometimes a little victory is all it takes to turn the tables," the Chemo Kitchen website describes.

Good food is something that inevitably brings joy to our lives and that everyone deserves to indulge in — Chemo Kitchen is working to make sure that patients undergoing cancer treatment can still enjoy their favorite meals and discover a ton of new ones.