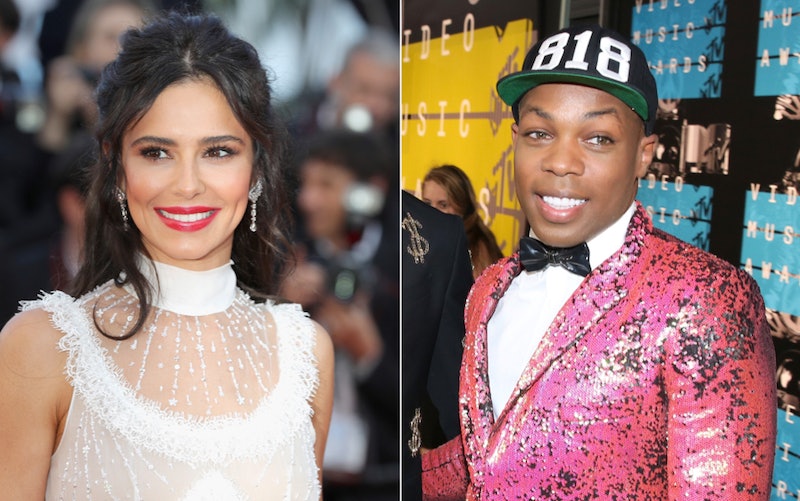 As one of the special guest judges on the upcoming Ru Paul's Drag Race UK, it's no surprise that Cheryl is a superfan of the show. And it seems her love for the show has found its way onto The Greatest Dancer, as Drag Race choreographer Todrick Hall will be joining the panel for the next series of the show. And obviously, Cheryl's reaction to Todrick Hall being on The Greatest Dancer was as full of excitement as you would expect.

"I've been obsessed with Todrick for years. I then became an even bigger fan of him when I started watching Drag Race," the singer said. "They called me about a week before I started filming the new series of The Greatest Dancer and said, 'By the way we've got a new addition to the panel, and it's Todrick.' I think I screamed. I actually screamed down the phone."

While viewers won't get to see the inevitable banter between the two until early next year, Cheryl gave a little hint regarding Hall, and how he's a perfect fit for the panel. "He brings a lot of fire. He brings everything to be honest with you," she said. "He's looking for different things from anyone else on the panel. He has actually attracted a different crown to come audition, which is lovely."

The singer also spoke about her role as a judge on the show, and how she couldn't stop staring at RuPaul — very understandable. "I was so starstruck, I don't get starstruck easily," Cheryl explained to Gay Times.

"Obviously our queens are amazing, but it was the first time I'd ever met Ru and I was just in awe of him. I'm excited for it to be finally coming to the UK."

It's not yet known whether Hall will be part of the production (or feature) in the first series of Drag Race UK, but seeing as he's on the panel for The Greatest Dancer and works primarily in England, it could be a possibility.

Either way, he's as excited as the rest of the nation is that the series has finally made its way across the pond. "I'm so stoked. I can't even imagine how people from the UK feel about that show," he told the Mirror last December. "It's such an iconic show in America but for it to be coming here and for them to feel like they're playing a part in it, and it's now something they'll possess, their own famous drag queens that we'll be able to fall in love with as American viewers as well, that really excites me." Hall added:

"So the fact [RuPaul]'s done that and it's become this worldwide phenomenon where I can see there being a Drag Race Australia, a Drag Race Asia, I mean he's just building this brand and creating this scenario where young kids like me growing up can look at the television and say, 'I can do that, I can make it, I can do anything I want to because RuPaul did it,' [...] it's so awesome and so life-changing for our community and I'm so excited that it's coming to the UK."