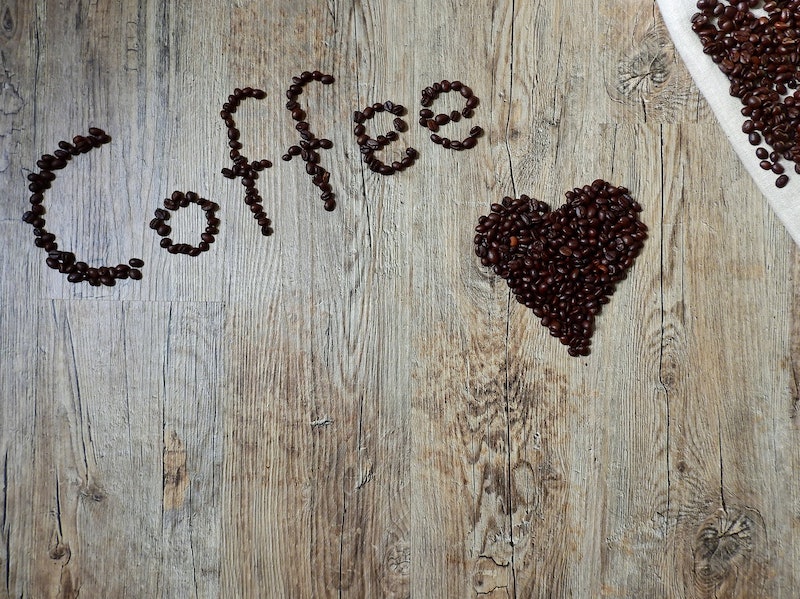 If you have a coffee addiction that could rival that of Lorelai Gilmore, then missing your morning cup of java is not an option. However, you've likely found yourself stranded somewhere with no coffee in sight. I have good news, chewable coffee is now a thing. It comes in compact and portable cubes so you can toss it in your bag, and never find yourself in this situation again. I'll admit it, I'm a full blown coffee addict, so having some of these on hand for a coffee emergency sounds pretty appealing.

Once, in a remote part of Hawaii, I drove an hour to find a coffee shop because the coffee served at the meditation retreat I was at just wasn't cutting it, and I had a terrible headache. I was fighting with a friend over the keys to our rental car because she thought I'd lost my damn mind. But, I also suffer from migraines, and if I skip my coffee I'll definitely get one. Driving an hour into town for some real coffee made complete sense to me. I've also eaten coffee beans right out of the bag.

Jenna Rimensnyder wrote about her coffee addiction for Spoon University, and explained how chewable coffee has been a game changer for her. "One day, when I had run out of K-Cups and I was itching for a fix, I remembered that my mom had given me some chewable coffee cubes. And just like that, everything changed," she noted.

Chewable coffee comes in the form of Go Cubes. According to the product description, each cube is equal to half a cup of coffee, and also contains nootropics (which are touted by Bulletproof Coffee Founder Dave Asprey) designed to reduce jitteriness, improve focus, and support optimal cognitive performance. They're also vegan, gluten and gelatin-free, and they come in three flavors: Mocha, latté, and pure drip.

Personally, I love the act of drinking coffee, so these likely won't replace my daily coffee drinking. It's similar to why using the patch or gum to quit smoking doesn't work for everyone, because part of the brain gets invested in the ritual. But, it's nice to know that I can bring these with me wherever I go in the event of a coffee emergency, which is a totally real thing.

If you're intrigued by chewable coffee, you might also want to check out AWAKE, which makes caffeinated chocolate and granola bars for the same purpose. I've actually got some of these in my fridge right now. These little snacks, which were conceived by three college friends in 2012, contain the same amount of caffeine as a cup of coffee, and are perfect for overcoming the afternoon slump when you just can't even with another cup of java.

Just a note: because these have the texture of a gummy bear, it might be tempting to pop more than you need, which would definitely be too much caffeine for most people. Keep it safe!

But, if you don't have this problem, and your teeth are super sensitive to stains, these cubes and bars are a great alternative to drinking your coffee if you're not attached to the ritual of sipping from your cup like I am. And, you'll never spill a chewable on your lap in the car, which is a big bonus for people with butter fingers.