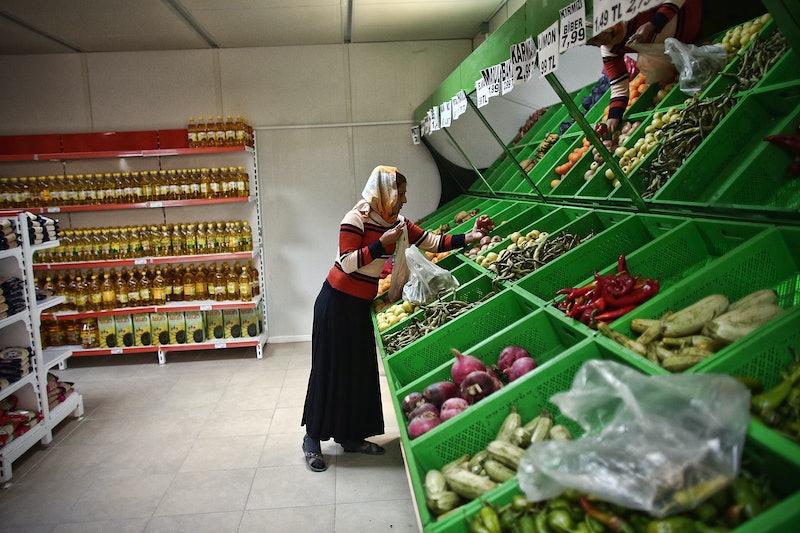 You’re standing in a supermarket aisle and looking for some jam, only to be overwhelmed by the sheer number of options, ranging from specialty local preserves to your more run-of-the-mill Smuckers jelly, completely unable to choose which freaking jam to buy. Or heck, you're swiping through your favorite dating app, watching every single potential date start to blur into the next one. Sound familiar? What your brain is experiencing in that moment is choice overload, the cognitive process where the brain struggles to make decisions when provided with too many options. It’s a phenomenon that’s fascinated scientists for years, and a new study by Caltech researchers has helped uncover what parts of the brain are linked to the process, as well as just how many options the brain might prefer when it comes to decision-making.

Published in Nature Human Behavior, the study investigated choice overload by presenting participants with varying sets of six, 12, or 24 pictures of scenic landscapes. In each size of picture set, participants had to select picture they’d like printed on merchandise, like a T-shirt or mug. This scenario was chosen to help make subjects’ decisions seem like they had a consequence, Colin Camerer, Caltech's Professor of Behavioral Economics and one of the study authors, tells Bustle. Participants also experienced a condition where they simply browsed the picture sets without making a choice.

“Our brains are pretty good, but part of what they’re good at is knowing how to work efficiently. And so there’s naturally gotta be some kind of limit where too many choice objects is probably not good,” Camerer says.

By recording participants’ brain activity throughout the study, the researchers found some interesting patterns in the striatum, which plays a key role in determining value, and the anterior cingulate cortex, a part of the brain linked to cognitive functions like impulse control, emotion, and decision-making. Brain activity in these regions, which are involved in integrating costs and benefits, was highest for the 12-item sets, which was perceived as having the “right amount” of options. Comparatively, the brain activity was lower for the six-item and 24-item sets, which were seen as “too small” and “too large” an option pool, respectively. In the browsing condition, these activity patterns, which served as “a neural indicator of choice overload,” weren’t present in subjects, likely because they didn’t to have to make a choice in that case.

More is not always better.

Another aspect of the study that sets it apart from previous research is that it involved items (in this case, landscape images) that are unfamiliar to its subjects, says Camerer. He explained how past studies used items the subjects are more familiar of, like tasting varying numbers of jams or trying out pens. The results from this study are more applicable to situations “where everyday folks are making somewhat unfamiliar choices,” rather than decisions people make with day-to-day objects they’re more knowledgeable about.

Camerer notes that future studies in the area could translate into helping businesses deal with real world scenarios, like helping a restaurant decide how many items to list on their menu, or factor into the best number of options a dating site should provide a user. It turns out that in some cases, Camerer says, having too many choices can become “mentally effortful, frustrating, and demotivating." Aka, more is not always better.

More like this
How To Protect Your Digital Privacy If You Need An Abortion Post-Roe
By Kaitlyn Wylde
The UK Abortion Laws In 2022, Explained
By Sophie McEvoy
6 Abortion Advocates To Follow On TikTok
By Sara Youngblood Gregory
15 Years Of The iPhone, In Pictures
By Emma Carey
Get Even More From Bustle — Sign Up For The Newsletter