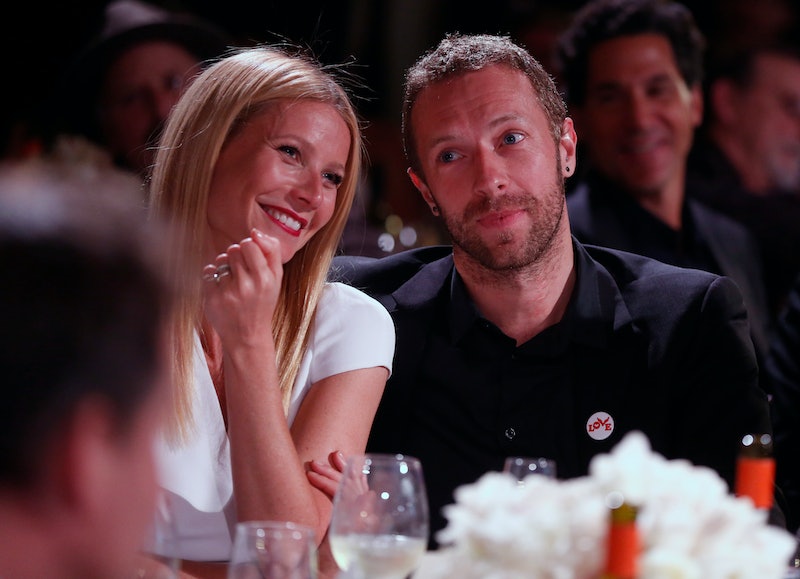 You'd have thought that Coldplay lead singer Chris Martin's split from Gwyneth Paltrow was the most graceful breakup in relationship history. It seemed totally mutual, both parties seemed fine, and then they suddenly just became best buds. If that seems too good to be true, that's because it was, it's recently been revealed. Coldplay have plenty of gloomy songs in their back catalogue, and a couple were added post the breakup, but Chris Martin's heartbreak was never really questioned, and maybe it should have been. This is how Chris Martin really felt after splitting from Gwyneth Paltrow.

The interest in what's probably been Martin's most significant relationship, his marriage to Gwyneth Paltrow, has never really abated. They split back in 2014 after over 10 years together, as People reported. Sorry, I know I keep calling it a "split," but in the couple's words it was a "conscious uncoupling." Although, they do still spend a lot of time together, even opting to vacation with one another, which would make you think that the split was pretty painless. Not so.

Martin's heart is on full display during his band's new documentary film Coldplay: A Head Full Of Dreams. The doc, according to the band's official site "throws the doors wide open on Coldplay’s colourful 20 year history," and you'll get to see it for yourself on Nov. 16. The film follows the band right from their beginnings through to where they're at now, but the most heart-wrenching moment in the doc's runtime happens during the band's tour of their fifth full length album, Mylo Xyloto.

Around that time, as the Daily Mail reports, Martin confessed to feeling "completely worthless," and like he meant "nothing to anybody." Anyone who's been through a devastating breakup will know exactly how that feels, but it doesn't make it any less jarring to hear it come from the permanently smiling singer.

He also reportedly said that just after the breakup, he felt like "'I'm a mess, really, because I can't enjoy the great things around me. Then, of course, I went through a break-up with Gwyneth. Listen, I'm never going to moan, I'm grateful for everything, but it was pretty touch and go." His bandmates, Jonny Buckland, Guy Berryman, and Will Champion, as well as their former manager Phil Harvey, confess on the film that they were "worried about him," since when you see someone that mournful "your mind can go to the worst case scenario." They were so concerned to the extent that they felt "really glad to get a text in the morning just to know he was OK." Martin added “It was a challenging period. It was a journey from ultimate loneliness to ultimate togetherness,” the Mirror reports.

“Divorce is terrible, it was very painful, it was really hard. We really genuinely wanted our kids to be as unscathed as possible," Martin says in the film. “We thought if we could really maintain the family even though we weren’t a couple that was kind of the goal so that’s what we’ve tried to do," and I commend them for it. Paltrow had echoed Martin's sentiments in a 2016 interview with Red magazine, saying:

Even if the breakup did turn out to be pretty tough, Paltrow and Martin are still handling their divorce with style.