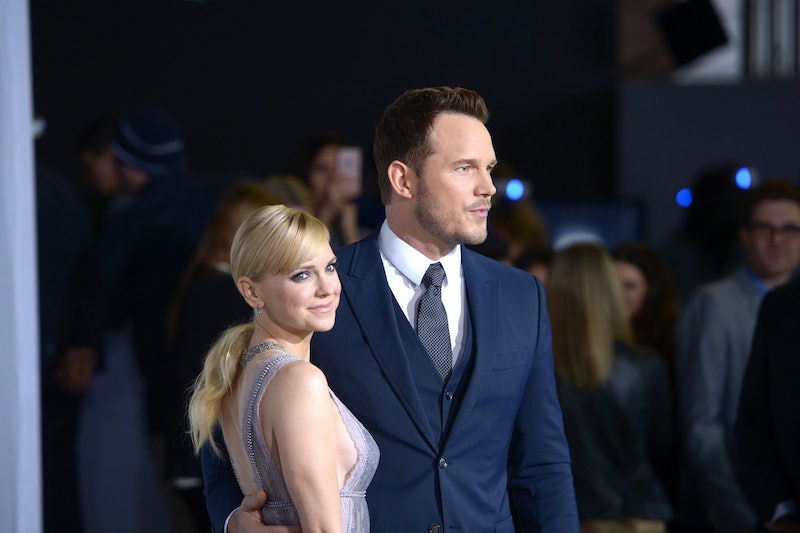 Another Hollywood couple is no more. The two actors got together on the movie set of Take Me Home Tonight back in 2007, got hitched in 2009, and had their son, Jack, in 2012. But despite the many years together and a very supportive fan base, Chris Pratt and Anna Faris are splitting up. And Twitter is deeply shaken by the news.

The two announced their decision to legally separate via social media. Pratt put a post up on his Facebook and Faris did so on her Instagram. They focused on what is best for their son, who is now four years old:

Anna and I are sad to announce we are legally separating. We tried hard for a long time, and we’re really disappointed. Our son has two parents who love him very much and for his sake we want to keep this situation as private as possible moving forward. We still have love for each other, will always cherish our time together and continue to have the deepest respect for one another.

Pratt and Faris remain busy professionally. He is starring in a couple of films including Guardians of the Galaxy Vol. 2 and an upcoming Jurassic World sequel. Faris' CBS show Mom is in its fifth season. Seeing them separately, though, may not be enough for a number of their fans who took to Twitter to lament the break-up.

More like this
Will Smith Apologizes For His Infamous Oscars Slap In A New Video
By Marina Watts
Jennifer Coolidge Needs 'Legally Blonde 3' To Happen So She Stops Getting Hot Dog Jokes
By Jake Viswanath
Who Is Camila Cabello Dating? She's Getting Cozy With Lox Club CEO Austin Kevitch
By Radhika Menon
Nicola Walker’s IRL Husband Is No Stranger To TV Screens
By Darshita Goyal
Get Even More From Bustle — Sign Up For The Newsletter