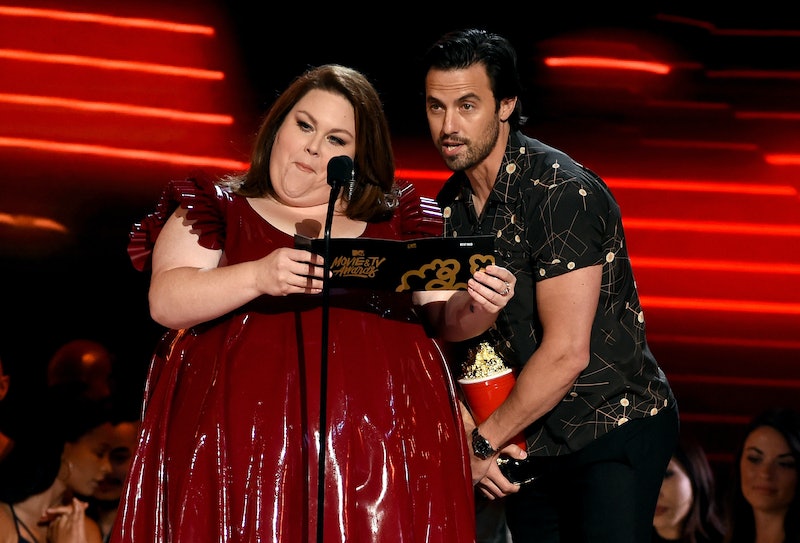 This Is Us is one of the most buzzed about television shows airing right now. From the tearjerking moments to the stellar acting, the show can basically do no wrong. The same can be said of its star Chrissy Metz's outfit at the 2017 MTV Movie Awards. Her look can do no wrong. The gorgeous ensemble is perfect for the occasion, and she looks stunning on the carpet. Fans shouldn't be surprised, though. On every carpet that she's graced during awards season, her looks have been elegant and seriously stylish. While everyone knew that her People's Most Beautiful position was well-deserved, her look tonight was even further proof that she's beautiful inside and out.

At the awards, Metz is nominated for the Next Generation award. The honor is designed for young stars who made a serious impact with their roles this past year. Metz is joined by four other seriously stellar young actors — Daniel Kaluuya, Issa Rae, Riz Ahmed, and Yara Shahidi —, and seeing her on the red carpet celebrating her nomination was perfect. Plus, This Is Us is also nominated for Show of the Year alongside individual nominations for Mandy Moore and a Tearjerker nomination. Basically, Metz has a lot to celebrate.

That red is everything on the actress.