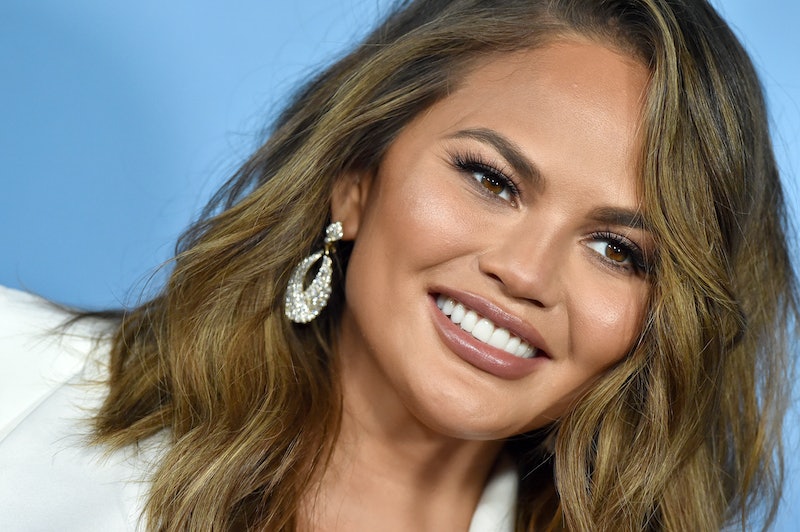 Things get heated in the kitchen, and not just the food, as Alison Roman's recent remarks about Chrissy Teigen have proven. However, like many kitchen fires, people's issues can be easily extinguished. Chrissy Teigen accepted Alison Roman's apology, after the cook and New York Times writer slammed Teigen and Marie Kondo for how they built their individual brands in the food industry with product lines and specialized social media content.

After receiving backlash for her comments that went viral last week, Roman posted a lengthy note on Monday night in which she apologized to Teigen and Kondo for her words, and reflected on the intent and attitude behind them. "My inability to appreciate my own success without comparing myself and knocking others down — in this case two accomplished women — is something I recognize I most definitely struggle with, and am working to fix," she wrote. "I don't want to be a person like that." She also apologized for singling out two women of color, noting that she was eager to learn how to better check her privilege.

Teigen took to Twitter to thank Roman for her apology, which she said she was not expecting. "It never once crossed my mind for [you] to apologize for what you genuinely thought!" she explained. "The comments stung, but they moreso stung because they came from [you]!" In a continuing thread of tweets, she said she was tired of the hate thrown at Roman and debates over how sincere her apology was. "I just want it to be over," she said.

Roman first made controversial comments about Teigen and Kondo's way of building their brands in an interview with the New Consumer, accusing them of selling out. The backlash was swift, leading to a few days of constant Twitter speculation. It was, in some ways, the kind of public outcry that Teigen herself is familiar with.

In her lengthy message to Roman, the cookbook author went on to reflect on her own experiences saying the wrong thing in the public eye. The model has since learned that she couldn't say whatever she wanted publicly as her platform grew, despite having the urge to, a lesson Roman will certainly take to heart. She ended on a more uplifting note, calling Roman "incredibly talented" and saying that everyone can do better. "In an industry that doesn’t really lend itself to supporting more than a handful of people at a time, I feel like all we have are each other!" she wrote.

Roman first made controversial comments about Teigen and Kondo's way of building their brands in an interview with The New Consumer. "What Chrissy Teigen has done is so crazy to me," she said. "She had a successful cookbook. And then it was like: boom, line at Target; boom, now she has an Instagram page that has over a million followers where it’s just, like, people running a content farm for her."

Next time though, please keep the heat in the kitchen only.

More like this
Chrissy Teigen & John Legend Reveal Their New Baby’s Name & Share First Photo
By Stephanie Topacio Long and Jake Viswanath
"Lavender Haze" Star Laith Ashley Breaks Down Filming With Taylor Swift
By Jake Viswanath
The Meaning Of Steve Lacy’s “Bad Habit” Lyrics
By Radhika Menon
Paris Hilton & Carter Reum’s Relationship Timeline Includes A 2023 Grammys Date Night
By Bustle Editors
Get Even More From Bustle — Sign Up For The Newsletter
From hair trends to relationship advice, our daily newsletter has everything you need to sound like a person who’s on TikTok, even if you aren’t.