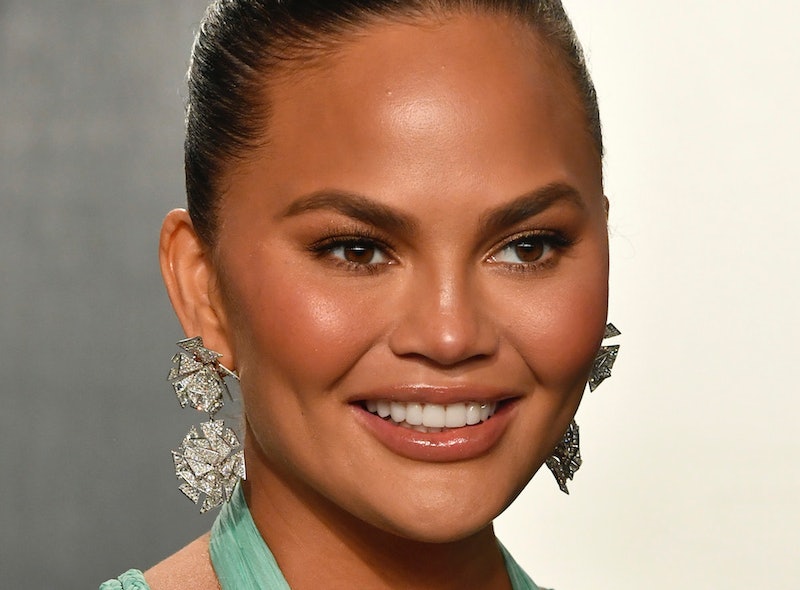 Following the nationwide protests over the death of George Floyd, the black man who died while pinned under a white police officer in Minneapolis, Chrissy Teigen pledged to donate $200K to bail out protesters across the country. The pledge comes after demonstrators gathered in front of the White House over the weekend, which prompted Donald Trump to seemingly encourage his supporters to show up and clash with the individuals in a tweet that referenced “MAGA night at the White House.” Citing “whatever the f*ck maga night is,” Teigen then announced plans to assist the protesters with bail.

“In celebration of whatever the f*ck maga night is, I am committed to donating $100,000 to the bail outs of protestors [sic] across the country,” Teigen tweeted on May 30. After a follower called the protesters “criminals,” the Chrissy’s Court host decided to double the amount and tweeted, “Ooo they might need more money then. Make it $200,000.” On Twitter the following morning, Teigen’s husband and singer-songwriter John Legend confirmed that the duo will be donating funds to Movement for Black Lives, National Lawyers Guild, and The Bail Project.

“Americans have the first amendment right to peacefully protest oppression and injustice,” Legend tweeted. “Chrissy and I will be donating to these 3 organizations which are organizing, supporting and defending those marching for justice.” He later added, “Please stay as safe as you can. There is still a deadly virus that thrives on people being really close to each other. Distance as much as possible and wear a mask to protect yourself and others!”

After her pledge to donate, Teigen condemned Twitter users in her mentions who criticized the protesters and said, “your time is f*cking up.” She tweeted, “stay out of my mentions and I won’t respond… you’re mad because your time is f*cking up, people are tired of your racist asses and people are mad as sh*t. I’d be scared too.” After she lambasted Trump and encouraged demonstrators to stay safe, Teigen emboldened her followers to vote. “KEEP THIS SAME ENERGY WHEN YOU VOTE,” she tweeted. “The worst thing that could happen is this all happening for nothing.”

Teigen and Legend aren’t the only celebrities who have donated to protesters amid gatherings that now span Los Angeles, New York, Atlanta, and Las Vegas. Don Cheadle, Lil Nas X, Seth Rogen, Steve Carell, Kehlani, Abbi Jacobson, and Harry Styles are among the names that have donated to the Minnesota Freedom Fund, an organization that assists protesters who have been arrested and are in need of bail.

More like this
8 Charities To Donate To During Black History Month
By Alexis Morillo
Chrissy Teigen & John Legend Reveal Their New Baby’s Name & Share First Photo
By Stephanie Topacio Long and Jake Viswanath
Why We Love Investigating Friendship Breakups
By Carolyn Steber
Kim Petras Just Made Grammy History
By Jake Viswanath
Get Even More From Bustle — Sign Up For The Newsletter
From hair trends to relationship advice, our daily newsletter has everything you need to sound like a person who’s on TikTok, even if you aren’t.