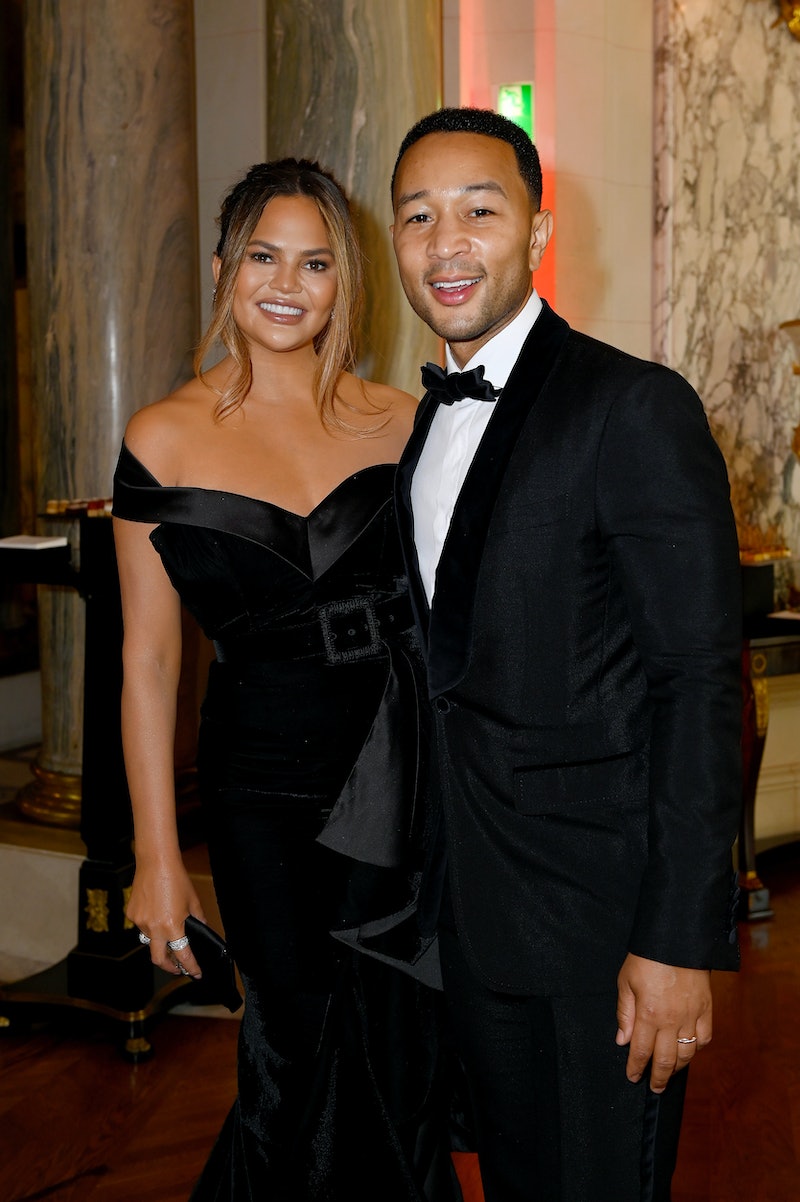 Universal Studios Hollywood received an impromptu concert from a Grammy-winning musician over the weekend. On social media, Chrissy Teigen shared footage of a John Legend performance after he got wine drunk. Donned in a red onesie, Legend took to a CityWalk stage in Los Angeles on Friday, Nov. 1 to perform a drunken rendition of his 2013 ballad “All of Me.” In the clip, which appears to have originally been captured by journalist Yashar Ali, Teigen simply cannot contain her laughter as her husband performs a live version of the love ballad written specifically for her in front of a small crowd.

“John got wine drunk and sang a song at universal studios last night," Teigen captioned the Twitter clip on Saturday, Nov. 2. She later added in a follow-up tweet, “the whole joke was supposed to be that literally no one was watching or at the stage but then he got on stage and was like ITS ME JOHN LEGEND.”

In the impromptu performance, Legend changed up the lyrics with a self-love twist. He sings in the clip, “I give my all to me, I give my all to me. I’m my end and my beginning. Even when I lose I’m winning. ‘Cause I give me all of me.”

Teigen and Legend have long been the embodiment of #RelationshipGoals. The two, who met on the set of Legend's music video for "Stereo" in 2006, tied the knot in September 2013. The couple share two children, Luna, 3, and Miles, 1, together.

Legend’s impromptu concert comes on the heels of the family’s Vanity Fair photoshoot. In the cover interview published on Oct. 28, Teigen and Legend opened up about all things marriage and their childhoods. On the early stages of his relationship with Teigen, Legend told Vanity Fair, “It got serious pretty quickly. She just entertained the hell out of me, texting me. What people respond to in her tweets today was the same energy in those texts. I didn’t know that I wanted someone funny until I was actually with someone funny.”

Teigen added of their seemingly idyllic marriage, “There are some famous couples I look at and I’m like, ‘Ugh, we get it. Stop trying so hard, you’re so lame.’ I think people definitely think that about us but… that’s because I think of everything.”

Watch Legend's wine-fueled rendition of "All of Me" above.