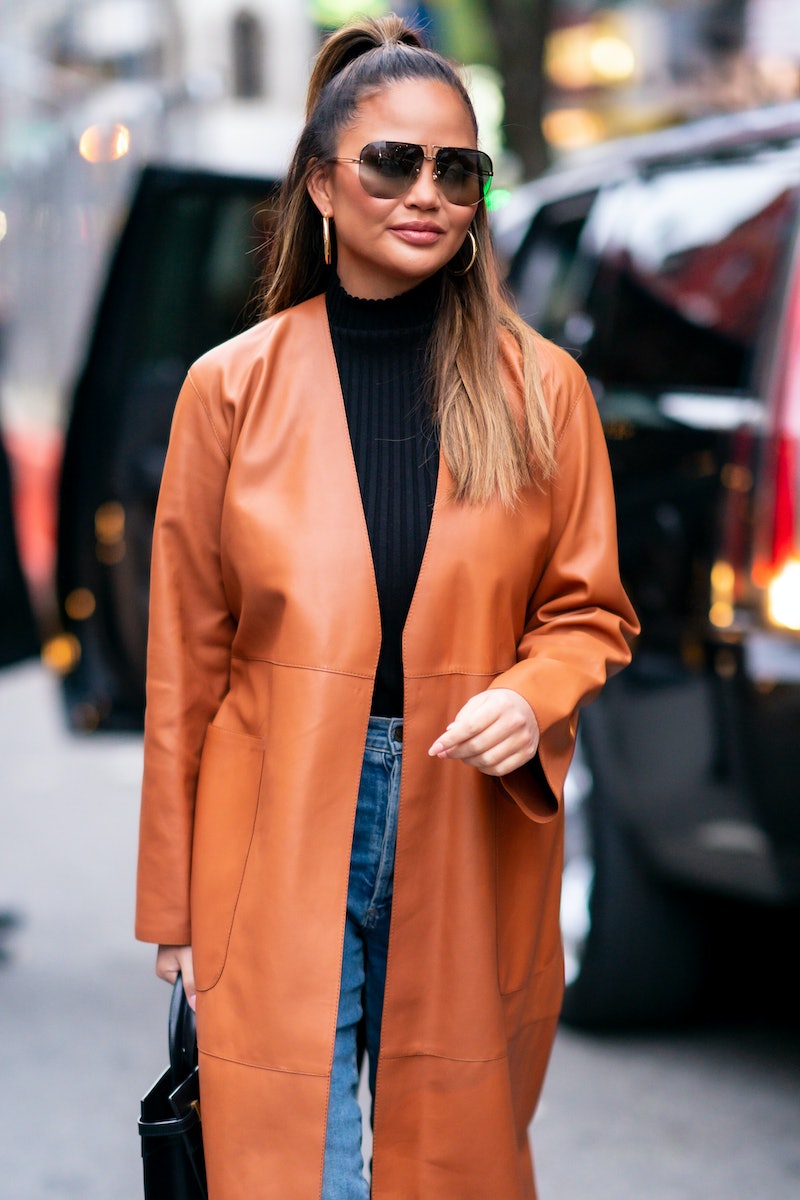 Never one to shy away from getting candid, Chrissy Teigen tweeted her worst paparazzi run-ins, explaining her feelings about being photographed during a Q&A on Twitter late Sunday night. In her lengthy Q&A, Teigen answered questions about celebrity life on Twitter, inspired by a fan who asked whether or not famous people keep "junk drawers." Many followers wanted to know how Teigen handles being photographed in public, and the model, who tries to maintain an amicable relationship with the paparazzi, detailed a few of her worst encounters.

The cookbook mogul explained its best to be friendly with paparazzi, writing, "if you're nice to them, they're good to you." However, she did share several horror stories, including one time she was chased by a photographer for miles in her car and eventually took off on foot to hide in an alley. She wrote, "he found me. I lept from my car, shaking and crying that he had a gps on my car. he was so kind and I ended up feeling terrible." Teigen also acknowledged that paparazzi often are simply trying to make money, writing, "it's a job."

The Lip Sync Battle host clearly takes the paparazzi in stride, but Teigan also shared a situation where a photographer seriously violated her privacy. "BUT one time, a guy in nyc shot directly into a dressing room I was changing in. I memorized his face and still hate him," she tweeted.

Dealing with paparazzi as a public figure is one thing, but it's different when the celebrity has a family. Teigen, who has two young children, tweeted that her daughter, Luna, hates photographers, writing, "in New York they don't really hide and they apologize when she freaks and stop photographing." She also noted how much she dislikes how paparazzi hide in Los Angeles, saying, "I'd rather know."

Questions about security came up often during the Q&A, with one fan asking, "as a celebrity, do you ever worry about your safety/privacy?" Teigen replied that, while her safety is a priority, remaining open and connected with fans is important as well. "Yes but also I know that a lot of ours comes from being so open. So you just let security know you’re okay with hugs and conversation." Teigen added that she doesn't get mad at fans who approach to Miles or Luna, writing, "I know they're being sweet." However, the star assured fans home life is a different story, and tweeted, "my house is a fortress."

Fans don't get a behind-the-scenes look at celebrity life often, and it's not a surprise that many had questions about the pitfalls of fame, including paparazzi. Teigen's response suggest that she handles photographers and privacy concerns with as much grace and humor as possible, as with many other aspects of her career thus far.