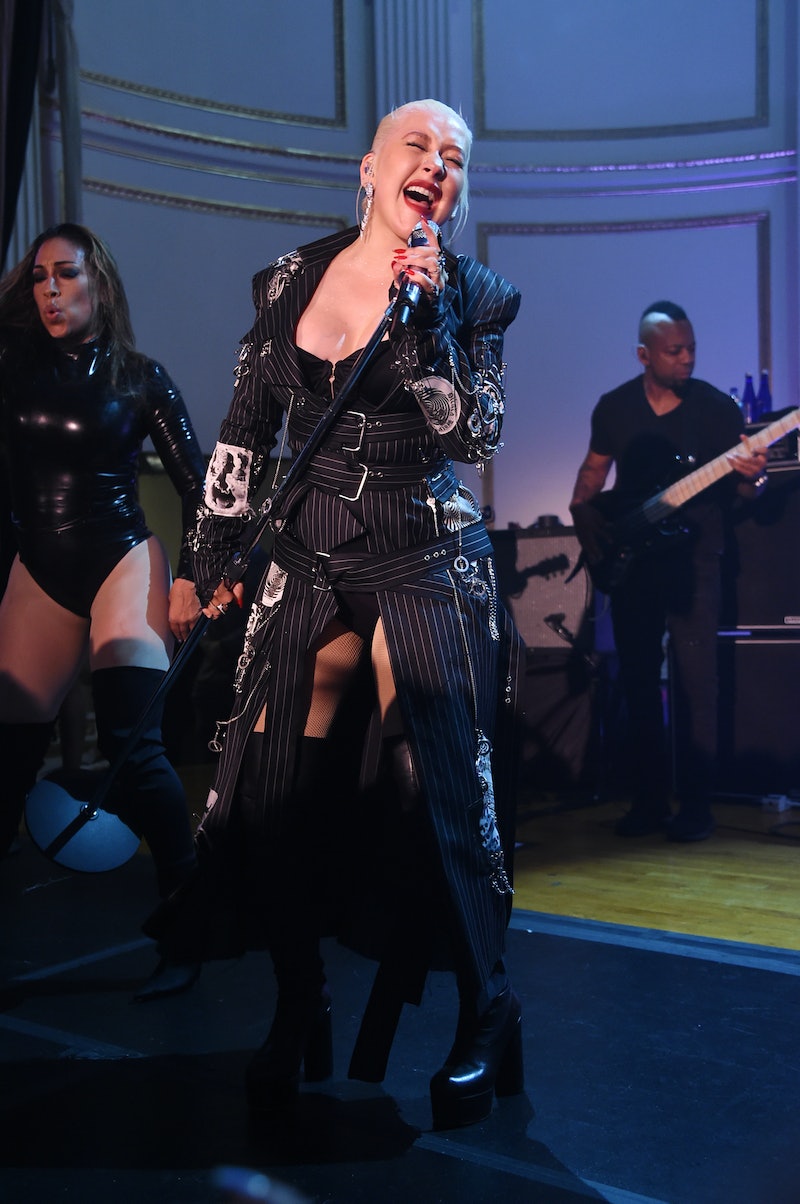 With a powerful voice that can belt notes for days and evoke a ton of emotions for those listening, Christina Aguilera already cemented her status as pop royalty long ago. First coming onto the scene as a Mouseketeer in The All-New Mickey Mouse Club back in the early 90s, she wowed everyone with her voice as a young teen, and her career has spanned decades. Now, Christina Aguilera's new Las Vegas residency is going to be first of its kind for the singer, and she's ready to wow her fans.

Appearing as a guest on The Ellen DeGeneres Show on Tuesday, Jan. 29, Aguilera announced the news after talking about her recently completed Liberation album tour. After revealing the Las Vegas residency, titled Christina Aguilera: The Xperience, the singer said, "It's been in talks for quite a few years now, but now that I got my feet wet, I am going to do a residency in Vegas." The show will take place at Planet Hollywood Resort & Casino’s Zappos Theater and run during select dates from May through October. The full list of dates include:

Though Aguilera said she does still want to tour again to see her fans and go to Europe, she admitted that a residency would be easier on her and her kids. "How much easier for everyone to just come to one place and fill the venue with fantasy and love and excitement and put on a show that I've actually been accumulating for years," she told host Ellen DeGeneres. "Taking people on this amazing ride and trip and using the imagination; I've been culminating this for a long time. So I'm really, really excited for everyone to enjoy this... Xperience."

Aguilera, who has two children, also gushed about how much she loved being back on the stage. Her Liberation tour was her first since 2007's Back to Basics tour, and the singer said she's finding a nice balance as a working mom. “I’m a mama bear, I like to take care of the crew around me and you know, I love my kids and believe in routines and things like that, but I had to get back to my heart and my soul and my fans and what I love to do best,” she said about the 2018 tour. “And it was so successful and so amazing.”

The official Planet Hollywood account tweeted out a video trailer for the new show show early Tuesday morning. And, an official statement from Aguilera pledged that The Xperience will be her "most ambitious show yet," according to Rolling Stone.

"Getting to perform in this adult playground we call Las Vegas is inspiring me to bring forth all of my talents in a mind-blowing theatrical experience — song, dance, visuals and uninterrupted high energy,” Aguilera said in the statement. “For years I have been collecting ideas and concepts that have yet to be implemented on my stages, and Las Vegas is the perfect opportunity for me to collectively showcase my artistry. I cannot wait to bring you into The Xperience.”

If you're a fan of the '90s pop and the music that shaped the early 2000s, then Las Vegas is where you need to go this year. Britney Spears and The Backstreet Boys have both held residencies in Vegas, and now with Aguilera joining in on the fun, it's officially the city of '90s nostalgia.