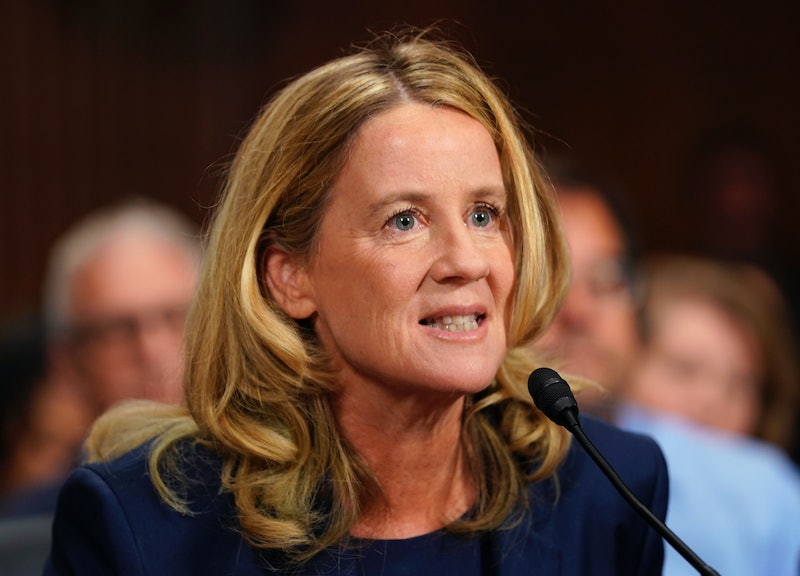 A group committed to combating sexual violence has named Christine Blasey Ford "Person of the Year." In announcing the award, the organization — Raliance — pointed to Ford's congressional testimony, describing her as a "passionate and public champion for survivors of sexual assault."

Ford's accolade was shared alongside winners in other categories, according to the announcement. Monika Johnson Hostler, Raliance managing partner and president of the National Alliance to End Sexual Violence, said in a statement that the people the group honored are "individuals who have inspired their communities, organizations, and institutions to champion changes that make sexual violence prevention possible."

Last year, Ford accused then-nominee to the Supreme Court Brett Kavanaugh of sexually assaulting her when they were teenagers. Kavanaugh vehemently denied the accusation — as well as other allegations of sexual assault and misconduct against him. ("I have never done that to her or to anyone," Kavanaugh said of Ford's allegations, according to his written testimony. "I am innocent of this charge.”)

Ford's accusations prompted a Senate Judiciary Committee hearing. Both she and Kavanaugh testified — separately — on the same day. Although Kavanaugh was ultimately confirmed to the Supreme Court, Ford has been revered by some advocates as a champion in the movement to end sexual assault.

"My motivation in coming forward was to be helpful and to provide facts about how Mr. Kavanaugh’s actions have damaged my life, so that you could take into a serious consideration as you make your decision about how to proceed," Ford told senators during her testimony.

Raliance praised Ford's testimony in the statement announcing her award.

"Her testimony in the confirmation hearings of Justice Brett Kavanaugh had a global impact on how we respond to and support survivors of sexual assault," the organization said. "Dr. Ford’s sacrifice in sharing her experience, and the difficulties she subsequently endured, brought much needed attention to the importance of supporting and believing survivors."

Ford received significant hostility leading up to and following her testimony. She and her family were forced to move out of their home in the interest of protecting their safety, and they also hired private security, Bloomberg reported at the time.

"Her family has been through a lot," one of Ford's attorneys, Debra Katz, told NBC in October. "They are not living at home. It’s going to be quite some time before they’re able to live at home. The threats have been unending. It’s deplorable."

In light of potential safety risks, a GoFundMe was set up to help Ford and her family cover the cost of security. That campaign is now closed, but it raised over $600,000 in total. In an update to the fundraiser, Ford said that any leftover money would be donated "to organizations that support trauma survivors."

"Although coming forward was terrifying, and caused disruption to our lives, I am grateful to have had the opportunity to fulfill my civic duty," she wrote in the fundraising campaign update. "Having done so, I am in awe of the many women and men who have written me to share similar life experiences, and now have bravely shared their experience with friends and family, many for the first time. I send you my heartfelt love and support."