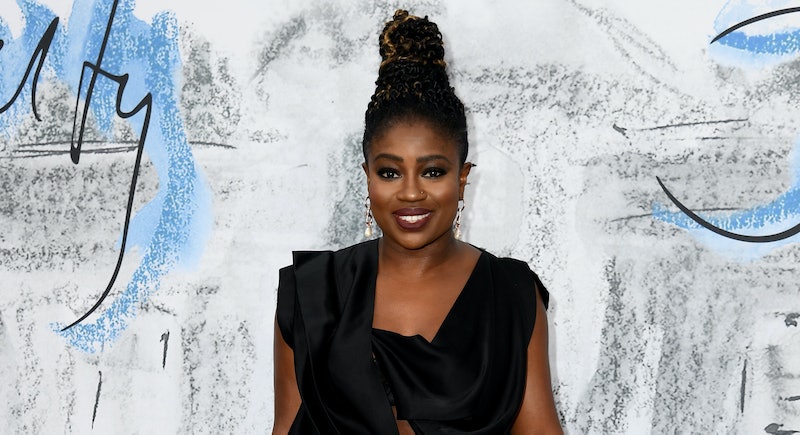 Racism and the oppression of black people all over the world are not new problems, but in the past week they've have garnered a significant amount of attention. Since the murder of George Floyd at the hands of white police officer Derek Chauvin in Minneapolis, Black Lives Matter protests began in the U.S. city and spread around the world. Meanwhile anti-racist content has been trending across social media platforms. In a moving speech at the start of her Radio 1 show, presenter and DJ Clara Amfo spoke about Floyd's death and how to sustain the anti-racist momentum.

Amfo, who hosts the mid morning show on Radio 1 spoke openly and plainly about her feelings, admitting that she had been too devastated to go to work on Monday. "I didn't have the mental strength to face you guys yesterday," she said, her voice cracking with emotion. "I was sat on my sofa crying, angry, confused... stuck at the news of yet another brutalised black body."

Amfo was speaking on Blackout Tuesday, a day intended to be an opportunity for non-black people to take the time to educate themselves on anti-blackness and to make plans for how they can help make actionable change.

Amfo also spoke about the appropriation of black culture that occurs within the music and entertainment industries. "People want our culture, but they do not want us. In other words, you want my talent, but you don't want me." The host referenced The Real presenter Amanda Seales who is outspoken on the topic of white people enjoying and profiting from black culture without supporting black people. "She says this and I feel it deeply when she says, 'You cannot enjoy the rhythm and ignore the blues'. And I say that with my chest," Amfo said.

Amfo concluded the speech with a message directly to listeners, "I want to say to our black listeners, I hope you feel seen and heard today, and to those of you that already let me know that you are doing the work, to be committed to doing better," she adds, "I see you, so let's do this. Let's all be anti-racist."

Amfo has since rightly received a wave of support and praise for her speech. In a post on Instagram she said the response had been both overwhelming and cathartic. "To those who sent me promise messages today," she says. "I'm holding you to your word. The resources are there. Be the change.⁣ #PULLUP"

More like this
This Is When Netflix Is Going To Start Charging You For Sharing Passwords
By Darshita Goyal
Gen Z Are Twice As Likely To Identify As Queer, According To New Data
By Sam Ramsden
Rita Ora Finally Opened Up About Marrying Taika Waititi & Their "Perfect" Wedding
By Sophie McEvoy and Catharina Cheung
Pret & Costa’s Coffee Is The Strongest On The High Street, According To Which?
By Sam Ramsden
Get The Very Best Of Bustle/UK
Sign up for Bustle UK's twice-weekly newsletter, featuring the latest must-watch TV, moving personal stories, and expert advice on the hottest viral buys.