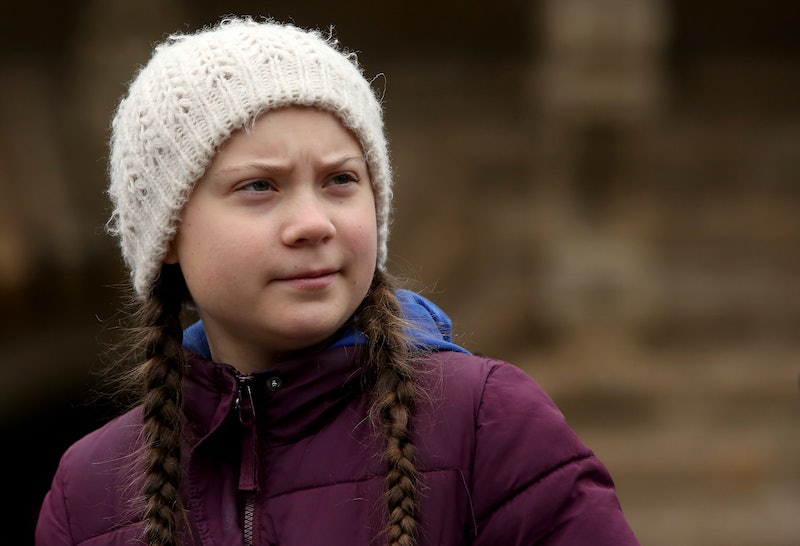 Three members of the Norwegian parliament nominated Greta Thunberg for the 2019 Nobel Peace Prize, according to the BBC. The young climate activist, who's only 16 years old, gained international prominence with her frequent and bold strikes against global warming.

Freddy Andre Ovstegard, a socialist member of the Norwegian parliament, told the AFP news agency, "We have proposed Greta Thunberg because if we do nothing to halt climate change, it will be the cause of wars, conflict, and refugees. Thunberg has launched a mass movement, which I see as a major contribution to peace."

On Wednesday, Thunberg tweeted that she was "honoured and very grateful for this nomination." Originally from Sweden, Thunberg garnered global attention when she refused to go to school after a record-breaking summer in her country. According to Rolling Stone, she was frustrated by governmental inaction regarding rising temperature in Sweden, so she went to the Swedish parliament with her backpack and some snacks and began a "School Strike for Climate."

Thunberg told the publication about the initial indifference she experienced from people around her. "I tried to bring people along to join me," she told Rolling Stone, "but no one was really interested, and so I had to do it by myself." If Thunberg ends up winning the Nobel Peace Prize this year, she will be the youngest person to do so since Pakistani education activist Malala Yousafzai won the same title at the age of 17.

In December, Thunberg held little back as she lambasted international leaders attending the COP24 summit, which dealt with global warming, in Poland.

"You are not mature enough to tell it like is," Thunberg said that winter. "Even that burden you leave to us children. But I don't care about being popular. I care about climate justice and the living planet." In a video she shared on Twitter last year, Thunberg spoke of the COP24 summit, lamenting that it had yielded no significant global policies on tackling climate change.

"Our emissions are still increasing," Thunberg said in her video. "At the same time, as science has clearly told us, we need to act now to keep the planet within 1.5 degrees of warming. Whoever you are, wherever you are, we need you now."

Also in December, Thunberg sat next to United Nations Secretary General António Guterres at the organization's climate conference and condemned leaders for failing to take substantial action on climate change.

For some people, it may be peculiar to see someone so young speak so passionately about an issue, but Thunberg has shown little interest in toeing the line when it comes to global warming. If anything, the 16-year-old's concern for addressing climate change carries on without any signs of slowing down.

This much she made clear in her speech in December. "We have come here to let them know that change is coming whether they like it or not," Thunberg said. "The people will rise to the challenge. And since our leaders are behaving like children, we will have to take the responsibility they should have taken long ago."