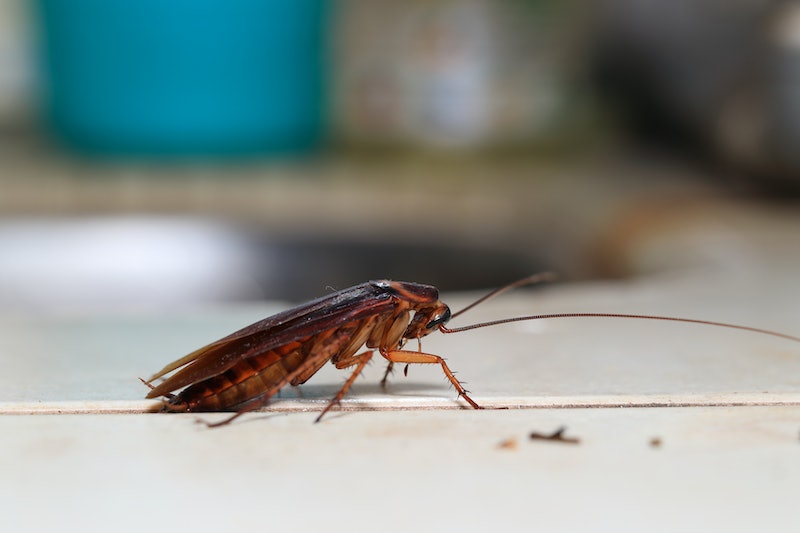 Well, here’s a real-life horror story: According to a new study, German cockroaches might soon become impossible to kill. The study, which was recently published in the journal Scientific Reports, comes to us from researchers working out of Purdue University — and it found not only that the insecticide methods usually employed by exterminators to cut down on roach population problems aren’t all that effective, but also that roaches are evolving to become immune to them at a fantastic rate. When the apocalypse comes, the roaches might very well outlast us all.

Insecticide resistance has been a problem for a distressingly long time — since about the 1950s, according to the study. Almost 70 years later, we still haven’t solved it… and honestly, it’s looking less and less likely that we will. In fact, one notable researcher, R. J. Wood, observed back in the early ‘80s that “it will probably never again be possible to achieve chemical control of insects on the scale achieved between 1945-1965.” That hasn’t stopped us from trying, though, particularly when it comes to the unusually tenacious German cockroach.

German roaches live pretty much entirely in human environments and can cause all kinds of health issues for said humans. They evolved quickly and they can survive almost anywhere, which makes them especially difficult to control. Typically, exterminators will rely on a number of different classes of insecticides to attack a roach problem, with the hope being that if they’re immune to one of them, then one of the others will get them. They might also employ a few different strategies in conjunction with those insecticides.

The current study examined the effectiveness of three different intervention strategies, while also seeking to quantify a) how quickly the roaches are evolving to become resistant to certain insecticides, and b) the extent to which roaches can develop cross-resistance to those insecticides — “cross-resistance” meaning that the roach develops an immunity to an insecticide without ever coming in direct contact with it itself. And what the researchers found is the stuff of nightmares.

Over six months, the researchers deployed three different extermination methods at a selection of buildings apartment buildings in Indiana and Illinois. One method relied on using just one insecticide to which the roach population in a particular building had shown a low level of starting resistance for the entire six-month period. The second method used two different insecticides from different classes together over the course of the six months. The third used three insecticides — each from different classes — and rotate them in each month: At the beginning of a new month, they switched over to a new insecticide, with each of the three insecticides they used having deployed for two separate months apiece by the end of the six months.

Additionally, the researchers trapped roaches throughout the treatments and brought them back to the lab for analysis — and here’s where the cross-resistance issue comes into play: Both roaches that survived one treatment and those roaches’ offspring were found to become essentially immune to that treatment. However, they also seemed to become resistant to other insecticides — ones they hadn’t already had direct contact with.

And it happened fast. Said lead researcher Michael Scharf in a press release, “We would see resistance increase four- or six-fold in just one generation. We didn’t have a clue that something like that could happen this fast.”

Generally speaking, roach populations produce about two generations per year, according to the Penn State College of Agricultural Science’s entomology department, with more than 10,000 descendants being produced over the course of those two generations. The life span of an adult female German cockroach is usually between 20 and 30 weeks long, with one capsule of 30 to 48 eggs being produced every six weeks. So, if the roaches are seeing four- to six-fold increases in resistance in just one generation, and there are two per year… that’s Trouble with a capital T and that rhymes with KILL IT WITH FIRE.

The good news is that we’re not entirely helpless in the face of the nearly-indestructible scourge that is the German cockroach; we just can’t rely on insecticides alone to tackle infestation issues. Michael Scharf recommends adding traps and vacuums to the mix, along with improved sanitation. Said Scharf in a press release, “Some of these methods are more expensive than using only insecticides, but if these insecticides aren’t going to control or eliminate a population, you’re just throwing money away. Combining several methods will be the most effective way to eliminate cockroaches."

The thing that does sort of suck about that, though, is that more expensive methods could very well be outside of many people’s reach. According to a 2017 case study from the National Center For Healthy Housing, public housing is typically hit particularly hard by rodents and insects — but with the average roach extermination already costing several hundred dollars for a single treatment, these other methods, although more effective, might not be in the financial cards for a lot of folks.

(Here’s your reminder to support causes, organizations, and legislation aimed at eliminating wealth disparity and ensuring safe, clean housing for all; having somewhere safe and clean to live is a human right.)

Knowledge is power, though, so knowing what does and doesn’t work when it comes to controlling roach populations is at least part of the battle, if not the whole thing. Now we just need to work on developing effective methods of roach population control — and making those methods accessible for everyone who needs them.