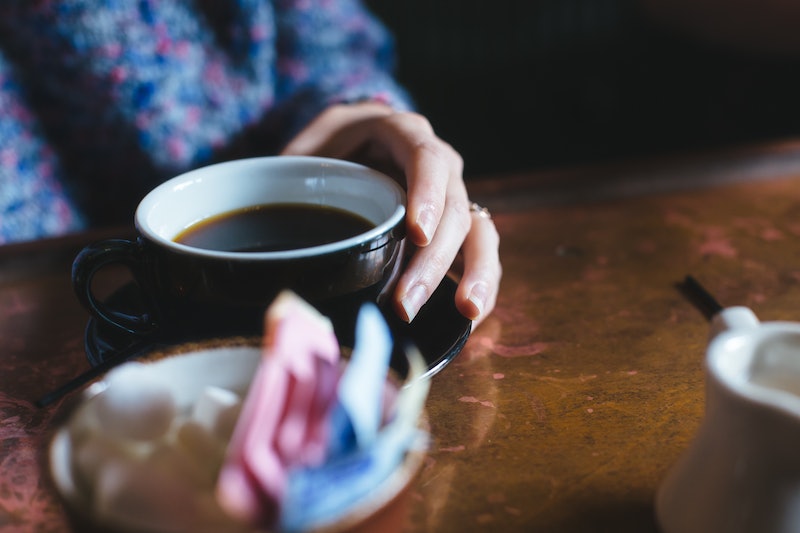 Every couple of years, a study comes along proclaiming that something we often consider a "guilty pleasure" — think red wine or chocolate — might actually be good for you. Now it’s coffee lovers turn to rejoice, as a study out of Stanford offers more compelling evidence as to why coffee drinkers live longer than their less-caffeinated counterparts. The new research suggests that caffeine found in regularly consumed beverages such as coffee and tea could have a positive effect on the immune system, countering certain inflammatory processes that have been linked to risk of stroke and heart attack in older adults. As if we needed another reason to drink coffee!

Delicious, delicious coffee's image has been changing for the better since 2015, when a study out of Harvard found that drinking between one and five cups of joe a day was tied to lower risks of all-cause mortality. Positive research continues to pile up, with numerous studies tying a hit of caffeine to improved health and reduced risk of heart disease, chronic respiratory diseases, diabetes, dementia, and pneumonia. While the benefits of everyone’s favorite pick-me-up stand undisputed, the mechanisms behind exactly why coffee seems to work like a miracle drug remained unclear — until now.

The study, published Jan. 16 in the journal Nature Medicine, began as a multi-year examination of the aging process. Researchers from Stanford and the University of Bordeaux examined the genes of young and old participants isolating two gene clusters that were more active in the older group. High activity in these two clusters was found to be linked to the production of a circulating inflammatory protein known as IL-1-beta. The protein, which is intrinsic to fighting infection, is also tied to inflammation which could be damaging to an older person's health. “More than 90 percent of all non communicable diseases of aging are associated with chronic inflammation,” the study’s lead author, David Furman, said in a press release.

When immune cells were incubated with nucleic acid metabolites, it was found to increase activity in one of the gene clusters, producing more IL-1-beta. When the same experiment was repeated, but caffeine metabolites were added to the mix, the caffeine canceled the effects of the nucleic acid metabolites, hence blocking inflammation. “That something many people drink — and actually like to drink — might have a direct benefit came as a surprise to us,” Davis stated in a press release. “What we’ve shown is a correlation between caffeine consumption and longevity. And we’ve shown more rigorously, in laboratory tests, a very plausible mechanism for why this might be so.”

While more investigation is needed to determine exactly how caffeine blocks the inflammatory process, it may bode well for those who can't start their morning without a hot cup of coffee.