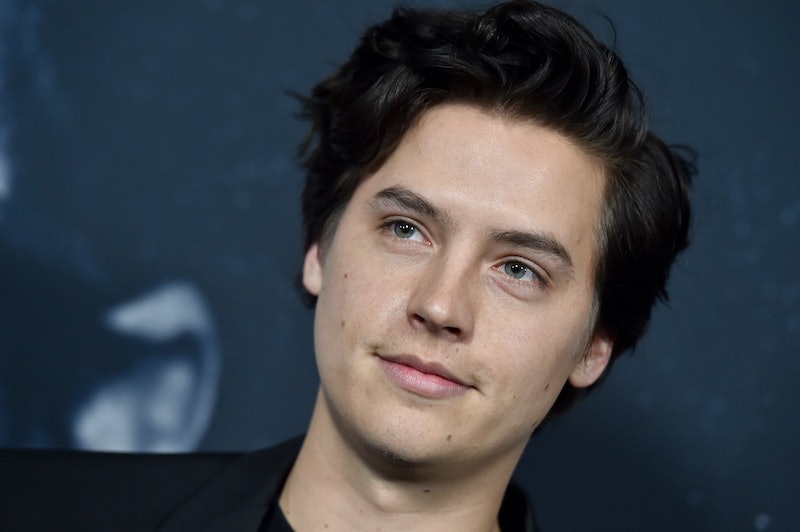 After a weekend of widespread protests sparked by the death of George Floyd, resulting in thousands of arrests across the country, Riverdale star Cole Sprouse announced that he was arrested while protesting in Santa Monica. The actor recounted the experience on Instagram Monday, June 1, claiming that he was detained along with a group of protesters on Sunday, May 31. However, he also made clear that he hoped his arrest would bring more attention to Black Lives Matter.

"I was detained when standing in solidarity," he wrote on Instagram, under a Black Lives Matter graphic. "We were given the option to leave, and were informed that if we did not retreat, we would be arrested. When many did turn to leave, we found another line of police officers blocking our route," he recounted.

Sprouse did not go into more detail, only mentioning that he was zip tied. According to BuzzFeed News, after the police rounded up protestors at the scene, he was part of a group taken to a detention center where they were reportedly held for under 2 hours, and charged with a misdemeanor count of violating curfew. (Bustle reached out to a representative for Sprouse to confirm the charges, but did not receive an immediate response.)

Instead of providing more details on his arrest, the actor used his post to put the focus on the movement, specifically how a "straight white man" like himself can learn to be a better ally. "This is, and will be, a time about standing ground near others as a situation escalates, providing educated support, demonstrating and doing the right thing," he wrote. "This is precisely the time to contemplate what it means to stand as an ally."

Sprouse ended his statement saying that he would not be speaking publicly about his arrest because he doesn't want to "[draw] attention away from the leaders of the #BLM movement." To that end, he shared a link to the "Resources for Acountability and Action for Black Lives" doc in his Instagram Story, which presents resources for various calls to action.

More like this
Zach Gilford Admits He Forgot Taylor Swift's Name When He Starred In Her Music Video
By Jake Viswanath
Beyoncé Just Announced Tour Dates: Here's How To Cuff Tickets To Her 2023 Shows
By Jake Viswanath
Who Is "Daddy" Pedro Pascal Dating? People Are Thirsting Over The 'Last Of Us' Star
By Alyssa Lapid
RHOP’s Robyn Dixon Explained Why Juan Paid For Another Woman's Hotel Room
By Brad Witter
Get Even More From Bustle — Sign Up For The Newsletter
From hair trends to relationship advice, our daily newsletter has everything you need to sound like a person who’s on TikTok, even if you aren’t.