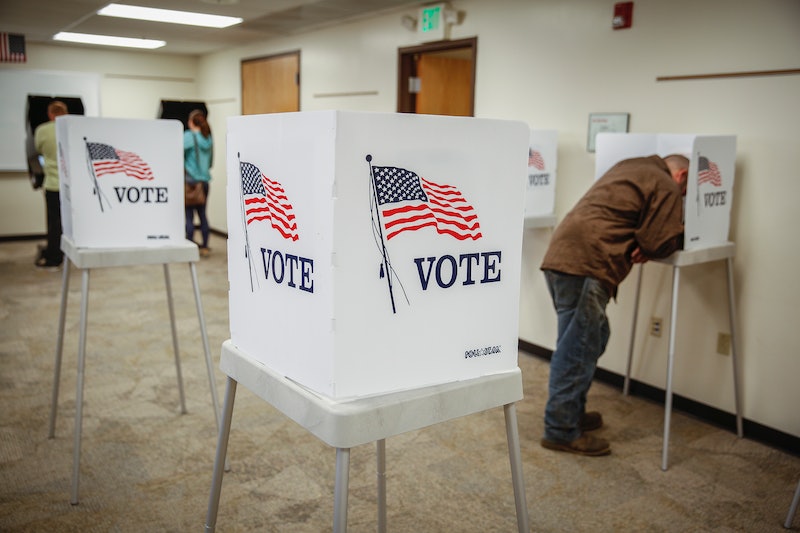 In a long overdue move, Colorado abolished slavery on Tuesday. Slavery, as commonly understood, was effectively already illegal in the state, but Colorado's Constitution still contained a clause that, like the U.S. Constitution, allowed people to be enslaved as punishment for crimes. Now, with the passage of Amendment A, that clause has been removed.

For over a hundred years, Article II, Section 26 of Colorado's Constitution has stated that "there shall never be in this state either slavery or involuntary servitude, except as a punishment for crime, whereof the party shall have been duly convicted." This mirrors the language of the 13th Amendment to the U.S. Constitution which, despite broadly prohibiting slavery, contains a similar exemption for people convicted of crimes.

Amendment A offered voters the chance to eliminate that carveout, so that the state's Constitution merely reads, "there shall never be in this state either slavery or involuntary servitude." On Tuesday, the amendment passed with 65 percent of the vote — although astonishingly, 35 percent of Colorado voters voted against the measure.

A similar amendment was put to Colorado voters in 2016, and it failed. However, its failure was largely chalked up to its convoluted phrasing on the ballot, which contained a triple-negative and made it unclear whether the proposition would eliminate or retain the clause regarding slavery.

Nevertheless, the 2018 version of the amendment drew a surprising amount of opposition. According to KUNC, opponents argued that the change would limit the state's ability to use prison labor for things like fighting wildfires, and the day before the election, the author of the amendment found burning copies of pamphlets he'd distributed on his front door step.

In an email to NPR, constitutional law scholar Richard B. Collins questioned the necessity of the amendment, noting that abolitionists used the same language in the U.S. Constitution and asking if it's really "plausible that they intended to allow slavery in prisons."

"Colorado's provision is a virtual copy of the 13th Amendment," Collins said in an email to NPR, "and there is no reason to think that those who adopted our state constitution intended anything different from the federal original."

But the language of the 13th Amendment does, literally and explicitly, allow slavery in prisons, and many states do indeed put inmates to work without paying them anything. Additionally, the Colorado prisoners who fight wildfires do so on a volunteer basis, not against their will, so the amendment wouldn't actually have an affect on that practice in the state.

Objections aside, the majority of Colorado voters did opt to fully abolish slavery in the state on Tuesday, and Abolish Slavery Colorado co-chair Jumoke Emery said Wednesday that he hopes the amendment's success will inspire similar efforts across the country.

“The hope is that this win opens up the door to a larger conversation about what abolition really looks like and can accomplish,” Emery told Fortune. “It’s clear to me, but regardless how people feel about the criminal justice system, the ultimate outcome is that it shouldn’t be slavery.”