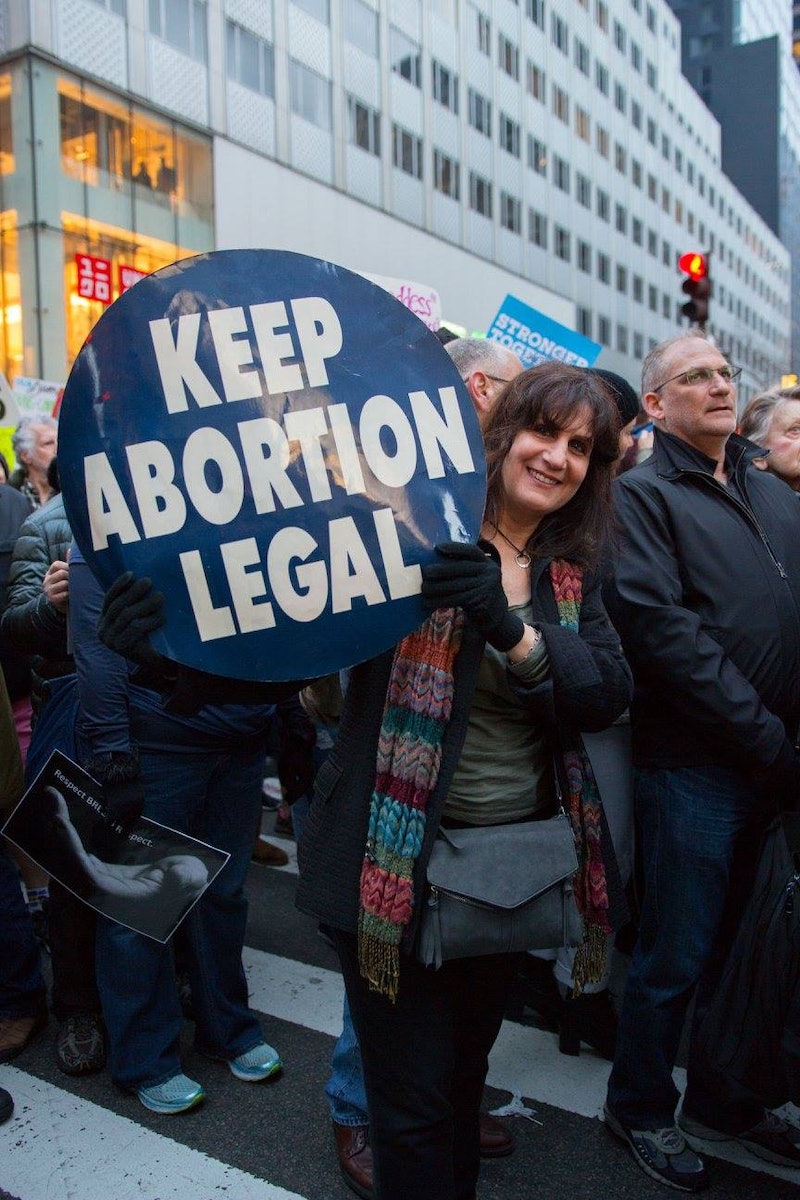 Even with less than two weeks into Donald Trump's presidency, it often feels like women's reproductive rights are under heavy attack. However, despite the bleak outlook at the federal level, the Colorado state legislature is renewing its commitment to women. Hours after Trump announced the nomination of former Hobby Lobby appeals court judge Neil Gorsuch to the Supreme Court, the Colorado House of Representatives convened in Denver to pass HR17-1005, or the Ensuring Access to Reproductive Healthcare Resolution. The legislation affirms the importance of reproductive healthcare and declares the Colorado House's intention to ensure that all women can access the health services they require.

Specifically, the resolution outlines a commitment to preserving access to abortion and contraception:

(1) Colorado continues to be a state where all individuals' health remains a top priority, and Coloradans resist attempts to undermine the right to access reproductive health care;

(2) Access to comprehensive and affordable reproductive health care is critical to ensure that people have the information and services to prevent unintended pregnancies, the support to have healthy pregnancies and to become parents when they are ready, and the ability to raise their children in a safe and healthy environment and to be able to care for their families with dignity.

The resolution was sponsored by Rep. Leslie Herod, the first African-American LGBTQ elected official in Colorado, and by Rep. Joe Salazar, whose website also identifies "equal pay for equal work" as another of his top legislative priorities.

The resolution was passed with the aid of the Colorado Organization for Latina Opportunity and Reproductive Rights (COLOR), an organization dedicated, according to its website, to "building a movement of Latinas, their families and allies through leadership development, organizing and advocacy to create opportunity and achieve reproductive justice." COLOR Executive Director Cristina Aguilar tells Bustle that they worked alongside other reproductive rights groups, such as Planned Parenthood and NARAL Pro-Choice America, as well.

But there is the fairly obvious question: why pass a resolution that serves primarily as an affirmation of belief?

Aguilar argues that at a time when reproductive rights and care appear to be in peril because of moves at the federal level, activism at the local level is among the most powerful tools to ensure that reproductive health and rights are preserved. "I think that now, more than ever, it is important that we are being clear about what we are standing for," Aguilar tells Bustle. "We're not willing to turn back the clock on the victories that we've made."

While there is certainly work that can be done to help influence women's rights on the national level — calling your elected officials about the Affordable Care Act is one such example — Aguilar tells Bustle that being involved at the local level "is becoming increasingly important." For example, Aguilar estimates that around 20 other states have legislatures that are currently considering resolutions similar to the one that was just passed in Colorado.

While getting involved in the political process at any level can seem daunting, Aguilar recommends small steps: attending city council meetings and town halls, writing letters to the editor of your local community paper or website, or partnering with your local chapter of Planned Parenthood or NARAL.

Aguilar also hopes that the grassroots effort to pass the Ensuring Access to Reproductive Healthcare Resolution will dovetail with more people actually running for office. She understands it may be daunting, but also stresses it's not about running for Congress.

"It's serving on boards, it is looking for appointments to different commissions," Aguilar says. "That happen at all levels of government, and that is another incredible way to be an important voice on policies that are being discussed or enacted."

Between Trump, Pence, and what may be an increasingly conservative Supreme Court, the battle for reproductive rights will inevitably continue for at least the next four years. However, if the passage of the Ensuring Access to Reproductive Health Resolution is any indication, passion at the local level can be as strong a force to make a bold stand for women's health.