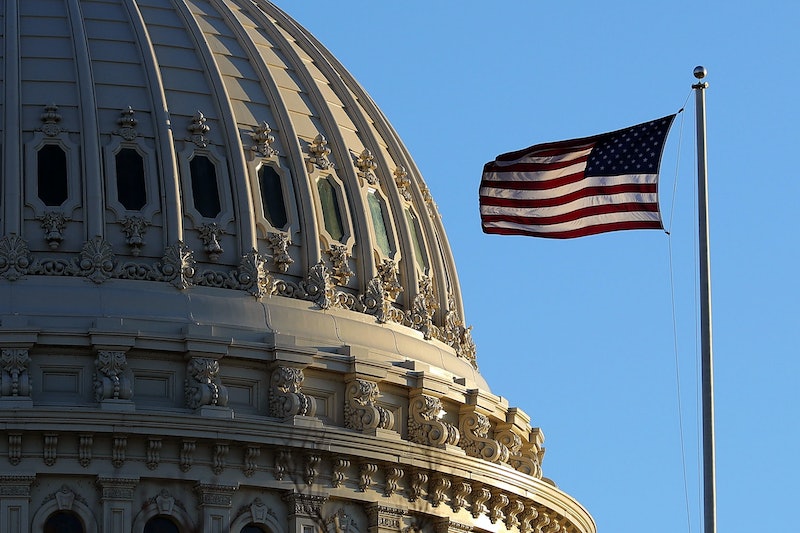 On a powerful day of commemoration, the United States House of Representatives will hold a hearing on a topic that hasn't been addressed in this type of congressional forum since 2007. Congress will discuss slavery reparations on Juneteenth, hearing testimony from several experts as it explores the best ways to achieve "restorative justice" for African-Americans, the Associated Press reported.

The AP noted that the House Judiciary Subcommittee on the Constitution, Civil Rights and Civil Liberties will hold the hearing on June 19, the date on which Juneteenth is observed. Juneteenth is a holiday that commemorates the end of slavery in the United States.

According to the Daily Beast, the purpose of the hearing is “to examine, through open and constructive discourse, the legacy of the trans-Atlantic slave trade, its continuing impact on the community, and the path to restorative justice." The AP noted that the hearing will specifically focus on the bill known as H.R. 40. This bill, according to its text, would establish a "commission to study and develop reparation proposals for African-Americans to examine slavery and discrimination ... from 1619 to the present and recommend appropriate remedies."

The subcommittee will welcome several experts to the hearing to testify on the topic of restorative justice. As the AP noted, writer Ta-Nehisi Coates is among those who will provide testimony on June 19. Coates authored the widely-discussed Atlantic piece entitled, "The Case for Reparations" in 2014 — an article that the AP described as re-invigorating a national conversation on the topic. In his piece, Coates specifically addressed why he believes a congressional hearing on the matter is imperative, writing:

... the crime with which reparations activists charge the country implicates more than just a few towns or corporations. The crime indicts the American people themselves ... A crime that implicates the entire American people deserves its hearing in the legislative body that represents them ... HR 40 is the vehicle for that hearing ...

Coates also reflected on the possible outcomes of a then-hypothetical hearing in his 2014 piece. "No one can know what would come out of such a debate. Perhaps no number can fully capture the multi-century plunder of black people in America," he wrote. " ... But I believe that wrestling publicly with these questions matters as much as — if not more than — the specific answers that might be produced. An America that asks what it owes its most vulnerable citizens is improved and humane."

The AP further reported that actor Danny Glover will also testify at the upcoming hearing. The outlet noted that the actor, who starred in The Color Purple and the Lethal Weapon franchise, among other films, has advocated for reparations for many years. Glover has frequently traveled around the country to promote activism around the issue. For example, in 2017 he served as the keynote speaker at the National African American Reparations Commission, The Louisiana Weekly reported, and emphasized that "the whole idea of reparations is demanding justice, it’s all about that."

The hearing, which is officially entitled "H.R. 40 and the Path to Restorative Justice," is slated to begin at 10 a.m. ET on June 19. It will take place in the Rayburn House Office Building.