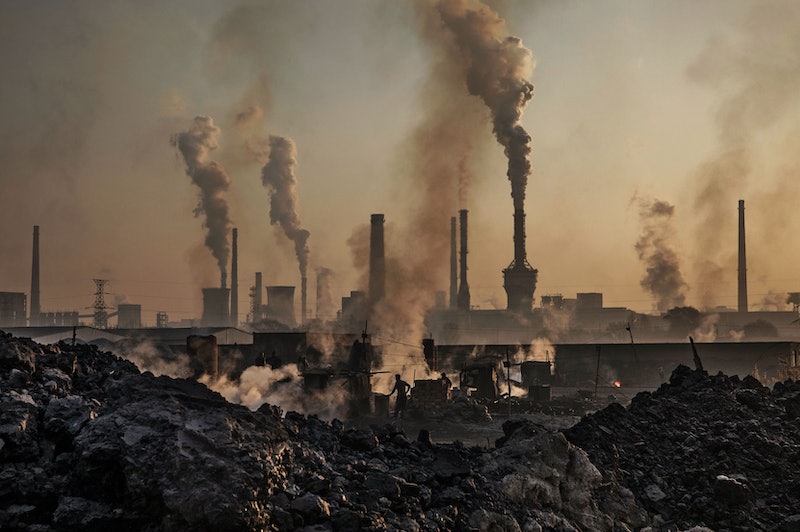 Erick Erickson has views on global warming that would raise an eyebrow or two. In the past, as the former editor-in-chief of the conservative blog RedState, Erickson made his stance on global warming abundantly clear. For instance, in a post brazenly titled "I Simply Do Not Care About Global Warming," Erickson justified his apathy by saying, "We are all going to die. Just not today." So, it's no surprise that Erickson is back at it again. This time, the conservative tweeted he loved Jesus but denied global warming. "I worship Jesus, not Mother Earth. He calls us all to be good stewards of the planet, but doesn't mean I have to care about global warming," he said on Twitter.

Erickson's tweet frustrated many Twitter users but it isn't an anomaly in his tradition of denying the real and devastating impact of global warming on the earth. As I've mentioned before, with the diatribe he wrote for the RedState, Erickson explained in his post that global warming is "orchestrated left-wing crap that a bunch of private jet setters and twitter [sic] liberals can worry themselves over." His blithe comment on Twitter is even more dismaying in light of Trump leaving the Paris climate agreement. Given the fact that the United States is the world's biggest carbon polluter, Erickson's apathy toward global warming is mildly concerning, to say the least.

Naturally, the internet decided to share its thoughts with Erickson ranging from points on Christianity, nature, and the repercussions of human activity on earth. One user sarcastically responded, "It's like Jesus always said: poison the earth to feed the rich. Let the poor and sick die." Another user mocked, "Blessed are the wealthy, for low shall be their effective marginal tax rates." One user told Erickson, "I don't know much about the Bible but I know the devil can cite scripture for his purpose."

My favorite response came from a Twitter user who asked Erickson, "Can you explain to me how being 'good stewards of the planet' excludes caring about global warming?" So far, Erickson hasn't responded to the question. He did, however, think the reactions to his original tweet were funny and encouraged his followers to read the responses if they wanted a "laugh for the night."

Environmental stewardship is a profoundly meaningful and necessary commitment to the natural environment surrounding us. It means living within sustainable and conscientious means, taking care of the physical world we inhabit and consume, and sincerely attempting to minimize our carbon footprint, which is hurting the earth.

Erickson seems to be unaware of how being "good stewards of the planet" involves the aforementioned and much more. Ultimately, Erickson's aversion to understanding the consequences of global warming for the earth demonstrates insensitivity toward the environment, which is — in case he forgets — inconsistent with Christian values of being compassionate and mindful of one's impact on their environment.