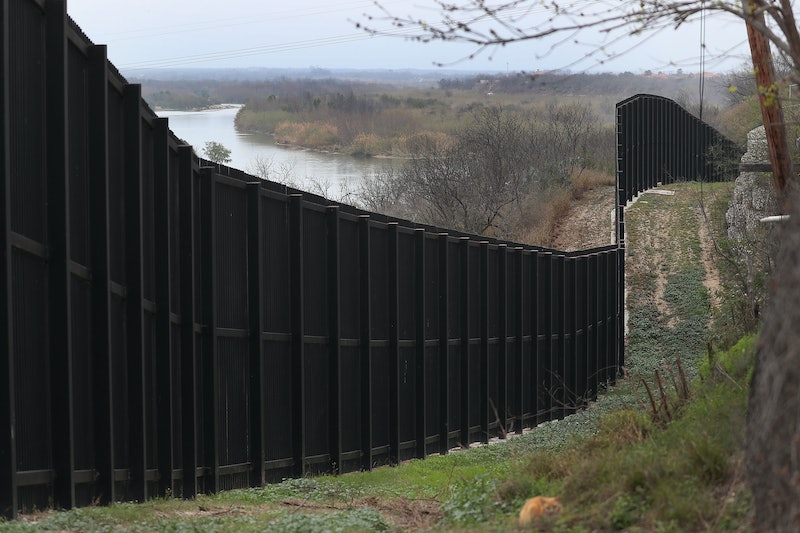 A federal judge issued an injunction to block President Trump from building part of his border wall with Department of Defense funds he secured during his national emergency declaration in February, according to CNN. The injunction doesn't totally stop construction of the border wall, The Hill noted, but it does stop Trump from using Pentagon funds that were diverted away from other projects, and it also limits where new fencing can be built.

Judge Haywood Gilliam of the Northern District of California wrote in a 56-page ruling that Trump wasn't allowed to use the Pentagon funds without congressional approval, according to CNN:

The position that when Congress declines the Executive's request to appropriate funds, the Executive nonetheless may simply find a way to spend those funds 'without Congress' does not square with fundamental separation of powers principles dating back to the earliest days of our Republic.

The lawsuit was filed by the American Civil Liberties Union on behalf of the Sierra Club and Southern Border Communities Coalition, according to The Hill. It argued two things: first that Trump's emergency declaration was "made solely out of disagreement with Congress's decision about the proper funding level, location, and timetable for constructing a border wall," according to CNN. And, second, that wall construction would hurt the environment and negatively impact communities along the border.

The preliminary injunction doesn't stop Trump from using funding from other sources to build parts of the wall, but it does delay construction in certain areas that was scheduled to begin as early as Saturday, according to CNN. While construction and use of Defense Department funds are on hold, the judge will consider the strength of the environmental and community-based arguments, according to TIME. Gilliam wrote, according to The Hill:

Because the Court has found that Plaintiffs are likely to show that Defendants’ actions exceeded their statutory authority, and that irreparable harm will result from those actions, a preliminary injunction must issue pending a resolution of the merits of the case.

Though it only partially blocked funds, the ACLU considered it a win in a tweet Friday night:

This is a win for our system of checks and balances, the rule of law, and border communities. The court blocked all wall projects currently slated for immediate construction. If the Trump administration begins illegally diverting additional funds, we'll be back in court.

Sierra Club managing attorney, Gloria Smith, also issued a statement on the decision and the impacts the wall could have on communities:

Walls divide neighborhoods, worsen dangerous flooding, destroy lands and wildlife, and waste resources that should instead be used on the infrastructure these communities truly need," she said. "The Sierra Club and our members are thrilled the courts put a rightful check on Trump’s abuse of emergency powers.

In the meantime, Gilliam's ruling didn't stop the Trump administration from using Treasury funds to construct new barriers in the Rio Grande Valley. As that construction begins, the legal battles will continue.

More like this
Prince William Condemns “Unacceptable” Comments Made To A Black Guest At Buckingham Palace
By Shahed Ezaydi
The David Beckham Qatar Controversy, Explained
By Sophie McEvoy
What To Know About Martin Bashir After Watching 'The Crown'
By Bustle UK
Jennifer Garner's "Lovely Date" To A White House Dinner Was Her Daughter Violet
By Brad Witter
Get Even More From Bustle — Sign Up For The Newsletter