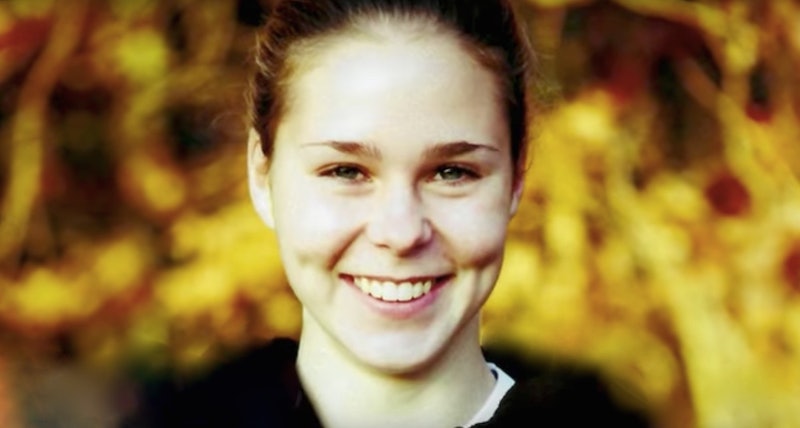 On a cold February night in 2004, 21-year-old UMass student Maura Murray crashed her car on Route 112 in Haverhill, New Hampshire. Murray fled from the scene of the accident, and hasn't been seen since. Where she was going, why she decided to leave, and where she could be now are all questions that the new Oxygen series The Disappearance of Maura Murray seeks to answer. But, though the facts of the case are often muddled by rumors and falsehoods, the show's hosts are confident that answers about Maura Murray will be found.

Murray's disappearance is regarded as one of the most bizarre missing persons cases in American history, primarily due to the strange circumstances of her disappearance. One of the most mysterious elements of Murray's case surrounds her initial decision to travel to New Hampshire. According to a report in The Boston Globe, though Murray wrote to her professors and work supervisor that there had been a death in the family, no member of the Murray family had passed during that time. She told no one where she was going, had boxes of her belongings packed in her room, packed clothes, toiletries and textbooks into her car, and withdrew cash and purchased alcohol before heading up north. The same Globe report details that after the car crash, there was a seven to 10 minute window between the time she was last seen walking from the scene of the accident, and the time the police arrived to find she had gone. Law enforcement, the Murray family, and armchair detectives who are fascinated by the case all seem to be at a loss regarding what happened to Murray. Those working on Oxygen's new show, which runs on Saturdays at 7 p.m. ET and 9 p.m. ET, think they can find out.

For investigative journalist Maggie Freleng, one half of the pair heading up the televised investigation into Murray's case, the disappearance hit close to home. "Okay so, well I went to UMass, you know, so when I heard that Maura had also gone to UMass that was really a draw for me," Freleng says in a phone interview about her decision to become involved in the investigation. "And you know she was just this young girl who had her entire life ahead of her, and she just vanished. You know, I was a fan of true crime and it was like hey, this could have been me, this could have been any one of my friends, and that just really drew me to it."

Freleng's investigative partner, Art Roderick, a former US Marshal, also had a personal connection to the case. Roderick often ran into Murray's father, Fred Murray, in downtown Falmouth, Cape Cod, where Roderick lives and Fred works. With the pair fully invested in finding out what happened to Maura and providing closure for the family, they began to sift through the copious amounts of speculation surrounding the case to get down to the hard facts of Maura's disappearance.

Yet sorting fact from fiction was no easy task. With so many mysteries surrounding the case, Maura's disappearance has become a lightening rod for so-called internet sleuths and conspiracy theorists. "I will say we were able to, I think we did a really good job at getting down to the bare facts of this case," Roderick tells Bustle in the same phone interview. "That was one of the first things we talked about when we came into it, is trying to weed through all the innuendo, rumor, false information that’s out there, and I think we did."

And there were plenty of rumors to sort through. People with no connection to Maura or the case have concocted all manner of theories for why she might have left without telling anyone, sometimes with very little evidence. These rumors have muddied the facts of the case, and hurt the Murray family.

"Any inference that the family is somehow involved in it is ridiculous," Roderick insists. Freleng agrees, saying that alleging the family was involved is harmful "because it kind of made the family shut down and not want to help or really talk about anything because they were treated so poorly," says Freleng. "So I think that was very harmful."

Reddit and true crime blogs haven't been the only source of rumor and speculation regarding the Murray case. In 2016, James Renner published a book titled True Crime Addict: How I Lost Myself In The Mysterious Disappearance of Maura Murray. Over the course of the book, Renner recounts his own obsession with the Murray case, and his personal attempts to solve it. Yet the book doesn't shy away from publishing the same harmful rumors and speculation that run rampant online. When Fred Murray declined to be interviewed for the book, or participate in its creation, Renner seemingly grew suspicious of his motives. "Until Fred Murray, I had never heard of a parent of a missing person who turned down the chance for national exposure,” Renner writes in the book of Fred's refusal to be interviewed, continuing to add more fuel to the allegations that the Murray family may allegedly have been involved in their daughter's disappearance.

Fred dismissed these allegations in an interview with Boston Magazine, stating, “[Renner] wants me to be a subplot, ’cause I didn’t talk to him. I can take temporary hits. That’s losing battles. But there’s a war.” In the same piece, Renner defended his work on the book: “There’s nothing that would please me more than to depose Fred in court under oath. Everything in the book is factual and backed up with documentation.”

Renner's book made it even harder for Freleng and Roderick to earn the trust of those involved in the case. "[Renner] burned a lot of bridges when he did this book, and upset a lot of people. We really had to, it took us a lot of time to break through, to get to these people, and some to this day won’t even talk to us," Roderick shares. Yet due to Roderick's previous connection with Fred, the duo were ultimately able to gain access to the Murray family, and their cooperation aided the renewed investigation.

Despite all of the rumors, falsehoods, and mysteries surrounding this case, Freleng and Roderick remain more hopeful than ever that the disappearance of Maura Murray can actually be solved. "I think that this case, I mean, even the New Hampshire state police believe this case is solvable. But from the perspective of strictly looking at it from a law enforcement perspective, we’re hoping that this show will get someone to say something who’s been quiet for 13 years," Roderick says. Later in the interview, he reiterates the team's belief that the question of what happened to Maura Murray will soon be answered. "We think somebody knows something out there, and we’re hoping that with the national spotlight on this case, somebody will pick up the phone and call the New Hampshire state police."

And for Freleng, this case serves as a reminder of all the missing women in America who have yet to be found. "The other thing is while working on this, we are also doing this because her case is representative of [thousands of] women who are missing in the United States at any given time," she says. Perhaps with the new national spotlight on Maura Murray's case, there will soon be one less missing woman to find.