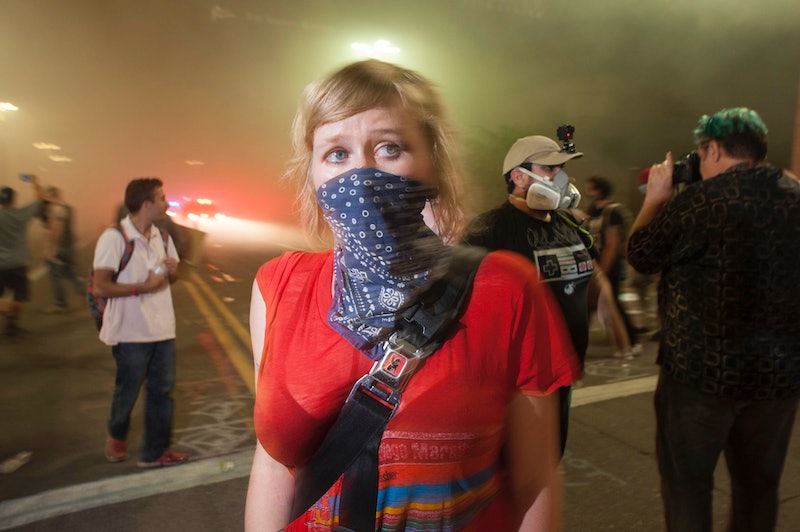 For my parents, free speech was a dream, not a reality. They grew up, met, and married in Haiti, where the government was ruled by a brutal dictator who stamped out dissent by silencing his people. America’s commitment to free speech is why my parents escaped Haiti — they wanted a better life for themselves, and for me. A life where they could say whatever they wanted and believe whatever they believed without losing their lives. People come to the United States for lots of different reasons, but for my family, it was the First Amendment first and foremost.

"No one stopped the right from speaking; the left just spoke louder."

This weekend, thousands of people across the United States — from Knoxville, Tennessee, to San Francisco, California — will come together to exercise that most American of rights, our right to free speech. People from all walks of life — black and brown, LGBTQ and straight, religious and not, documented and undocumented — will join hands against white supremacists and the alt-right. They’ll unite their voices to drown out the hate Neo-Nazis tried to incite in Charlottesville, and they will win.

My parents would be proud. They know that America’s history of free speech is long-sewn into the fabric of our flag and written into our constitution. They know firsthand that it’s more powerful than any dictatorship and stronger than any president. Free speech is what allowed us to keep affordable health care for millions of Americans. It’s what allowed us to stop Betsy DeVos at every turn. It’s what powered millions of women and their allies to descend on Washington and make their mark on Trump’s administration.

Some argue that protest is un-American, that it is disruptive, that it is disrespectful. When they saw 40,000 people counter-protest the “free speech” rally in Boston, they argued that it was an effort to stamp out discourse. They could not be more wrong. The constitution guarantees a right to speak, not a right to be heard. In Boston, the voices of those standing for progress drowned out the voices of fear. No one stopped the right from speaking; the left just spoke louder. We spoke so loudly, the national story turned from one of violence to one of resistance. Boston was amazing. It was peaceful; it was beautiful. And it mattered.

"Their freedom of speech is not violated just because we exercise our own."

The original protesters — the “free speech” demonstrators and their ilk— eventually abandoned their protest because they were so outnumbered, and similar groups canceled many of the protests they had planned in cities across the country. The reason the right hates protests (and counter-protests) is because love will always be louder than hate. Their freedom of speech is not violated just because we exercise our own.

The freedom for massive anti-hate crowds to rally in Boston, the fervor of the protesters outside of Donald Trump’s Phoenix speech, and the passion of the thousands hitting the streets this weekend are what inspired my parents to come to the United States.

Donald Trump wants us to get tired. He wants to distract us with war, to feel lost and without direction. But our direction is clear: We need to keep standing up for justice, advocating for progress, and most of all, raising our voices. We need to keep talking to our neighbors, discussing issues with our elected officials at town halls, and showing up at protests and counter-protests.

Exercising our freedom of speech is the only way we will win.